This is THE CONVO COUCH.

And this Richard Medhurst.

My plan last year was to try to host those two shows regularly.

There was a third show.  THE KATIE HALPER SHOW.

I am done w(ith Ms. Halper.  For the actions THE CONVO COUCH is calling out -- Ms. Halper was part of the same nonsense that Marianne Williamson took part in.  But also because she has now had Katrina vanden Heuvel as a guest twice in less than a month.  That would be Council for Foreign Relations Ms. vanden Heuvel -- a woman who regularly recruits for that whorish and war mongering body.  That would be the same woman who refused to support Peace Resisters or allow them to be covered in THE NATION.  That would be the same woman whose father was a spy and a liar.  (He inflicted hell upon his wife and she never recovered.  That is why she jumped off of her N.Y.C. high rise.)  This is the same woman who regularly whores and lies.  Ms. vanden Heuvel, please remember, swarmed around her grandfather's money and took the matter to court in order to refuse to pay the taxes -- do not call that woman a progressive.  Her grandfather regularly ripped off African-American clients to provide more money to his White celebrities.  She is trash and people who associate with her are trash as well.

Ms. Halper needs to rethink her priorities.  At present, I have no use for her.

Tuesday, February 22, 2022. Another US convoy is attacked in Iraq, women remain targeted, Julian Assange remains persecuted, what does it say about the Australian government when they can't even protect their own citizens, more US tax dollars wasted as the government tries to sell war on Russia, and much more.

Russia’s recognition of two separatist territories of #Ukraine is a violation of international law, Ukraine’s territorial integrity & the Minsk agreement. Russia’s propaganda convinces no one. 🇦🇺 continues to work with partners to ensure severe costs for Russia’s aggression.3:23 PM · Feb 21, 2022

How about the violation of international laws and human rights for Robert Pether? His family are still waiting for you to publicly condemn his mistreatment. 11 months in arbitrary detention in Iraq and no support from you or
@ScottMorrisonMP
. #freerobertpether

The Australian government wants to act tough and cheer on a new war?  If I were Australian, I think I'd hold that lousy government accountable for the lies of the Iraq War, for the failure to protect Australian citizens including Robert Pether and Julian Assange.

The family of an Irish-based engineer who has been sentenced to five years jail in Iraq and given a €10m fine has said that the help of the Irish government is their “last resort”.

Roscommon-based Robert Pether, who is an Australian citizen but lives in Ireland, was detained in April and has been found guilty of deception in a “kangaroo court” according to his wife Desree.

He now faces a hefty €10.2m fine and five years in prison after a contractual dispute in Iraq.

Ms Pether and her children, who are Irish citizens, took to Leinster House today to call for the Irish government to intervene and put pressure on the Iraqi government.

“He was working on the project for four years and then he was arrested on April 7 last year and he was imprisoned,” she said.

“There was a contract dispute between his employer and the Central Bank of Iraq, it had nothing to do with him and his colleague, they’re employees and they were used as leverage in a contract dispute,” Ms Pether claimed.

The Austlrain government is inept and refuses to defend its own citiens but repeatedly makes time to play kid sister of the US and UK and join them in war mogering.  How pathetic.

Mr Assange has been held at HMP Belmarsh in south-east London since his eviction from the Ecuadorean embassy in April 2019, where he had spent seven years in order to avoid extradition.

“We have a man locked up in solitary confinement in a high-security prison who’s not violent, who’s not serving a sentence,” he said. “He should be free, perhaps with house arrest.”

The academic said: “[Pinochet] was free to receive as many visitors as he wanted and have access to the public … and that’s precisely, it seems to me, what the government wants to prevent because there is no legal basis for keeping Julian Assange in a high-security prison.” 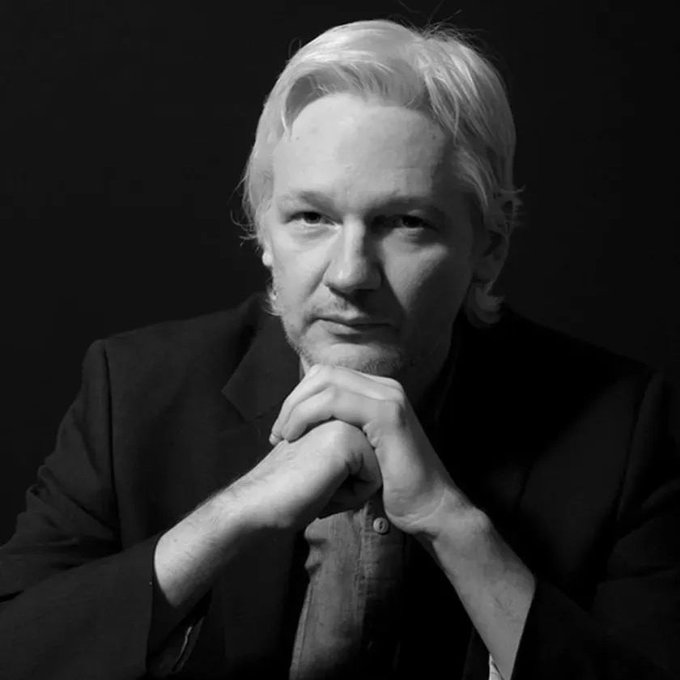 Turning to Iraq where Layal Shakir (RUDAW) reminds that women remain targeted in Iraq for their gender:

A man has reportedly set his wife ablaze in Sulaimani after pouring gasoline over her due to a domestic dispute, a family member told Rudaw on Sunday. The tragic incident comes less than a week after the Kurdistan Region reported its fifth femicide this month.

Shnyar Hunar, 21, and a mother of two was reportedly burnt by her husband early Saturday. She is currently in critical condition as 85 percent of her body has been severely burned.

“I received a phone call at 2:30 am [on Saturday], it was Shnyar’s [Hunar] mother-in-law. She asked me if we could come to Sulaimani. I asked why, she said Shnyar’s legs have been burnt slightly, it’s nothing. I want you to come,” Hunar’s mother told Rudaw’s Horvan Rafaat from Sulaimani’s Burn Hospital.

Hunar’s mother described that her daughter’s face and entire body, with the exception of her legs, had suffered burns.

Hunar has accused her husband of setting her ablaze after he beat her up following a dispute between the couple.

Meanwhile ABNA reports:A US coalition logistics convoy in Iraq was targeted by a roadside bomb.


A US-led coalition logistics convoy carrying equipment and supplies needed by US troops was targeted by a roadside bomb in southern Iraq.

According to Iraqi sources, the blast took place near the city of Al-Nasiriyah in Dhi Qar province, and no casualties have been reported yet. No group has claimed responsibility for the attack.

The convoys enter Iraq from the Kuwaiti border and carry items needed by US troops.

Glad combat missions are over.  At least in Joe Biden's mind.  Remember, too, US 'combat' troops are all out of Iraq.  Joe Biden replaced them all with a line of 'hostess' troops who are trained in serving tea and crumpets.  Right?  The US miliary trains its members in combat.  Joe can fool a lot of idiots but we're not all stupid.

Iraq is in talks with Halliburton Co. and Saudi Arabia’s Aramco to carry out oil and gas developments in the west of the country.

Baghdad is in discussion with Halliburton Co. for a technical partnership to develop and operate oil and gas reserves in Anbar province near Iraq’s borders with Syria and Saudi Arabia, Iraq’s Oil Minister Ihsan Abdul Jabbar said in an interview in Qatar. The ministry is finalizing the the commercial terms and scope of work and Iraq’s government will sign the contract once it takes office, he said.

Liz Cheney's trashy father finally gets his way.  The trashy Cheney family, the one the faux 'resistance' has tried to rehab.  Disgusting.

Over at THE NATIONAL, Mina Aldroubi reports:

Founded in 1921, it was one of the richest libraries in Iraq, second only to the Central Library in Baghdad.

When ISIS took over the city in 2014, the university library was bombarded by missiles and badly damaged. An estimated 8,000 to 10,000 books and ancient manuscripts were destroyed. A treasured archive recognised by Unesco was also damaged.

In all, around 85 per cent of the library's collection was lost.

Unesco called the sabotage “one of the most devastating acts of destruction of library collections in human history”.

As the Iraq War continues -- with little interest from the western media -- the US government keeps trying to sell war on Russia.  Alan Macleod (MPN) notes:

Amid soaring tensions with Russia, the United States is spending a fortune on foreign interference campaigns in Ukraine. Washington’s regime-change arm, the National Endowment for Democracy (NED), has spent $22.4 million on operations inside the country since 2014, when democratically-elected President Viktor Yanukovych was overthrown and replaced by a successor government handpicked by the U.S. Those operations included propping up and training pro-Western political parties, funding pliant media organizations, and subsidizing massive privatization drives that benefit foreign multinational corporations, all in an effort to secure U.S. control over the country that NED President Carl Gershman called “the biggest prize” in Europe.

The National Endowment for Democracy was set up in 1983 by the Reagan administration after a series of public scandals had seriously undermined both the credibility and the public image of the CIA. That the organization was established and continues to function as a cutout group doing much of the agency’s dirtiest work is not in question. “It would be terrible for democratic groups around the world to be seen as subsidized by the CIA,” Gershman himself said, explaining its creation. “A lot of what we do today was done covertly 25 years ago by the CIA,” NED cofounder Allen Weinstein told The Washington Post in 1991.

Since its inception, NED has been a driving force behind many of the most prominent uprisings and coups around the world. The organization currently has 40 active projects in Belarus, all with the goal of removing President Alexander Lukashenko from office. Last year, the country was engulfed by nationwide protests that made worldwide headlines. NED senior Europe Program officer, Nina Ognianova, boasted that her agency was involved in the uprising. “We don’t think that this movement that is so impressive and so inspiring came out of nowhere — that it just happened overnight,” she said, noting that NED had made a “modest but significant contribution” to the protests.

The 2021 protest movement in Cuba was also led by NED-financed operatives, with the organization’s own documents showing how it had for years been infiltrating the Cuban art and music scene in an attempt to turn popular culture against the communist government. Ultimately, the movement failed. However, NED continues to prop up anti-government Cuban artists, media outlets, politicians and public figures.