In a few months, Carly Simon might be inducted into The Rock and Roll Hall of Fame.  She is nominated for induction.  She is truly worth of the honor.  A one of a kind talent who has written so many great songs -- including "Jesse" above.

What a great opening line.  And she follows it with, "Jesse's back in town, it won't be easy."  It is just a perfect song.

At THIRD this week, Ava and I weighed in on FOX's new hour long drama THE CLEANING LADY:

The world can be very ugly and THE CLEANING LADY captures that -- a mother has to travel to the US to get her child treatment, she has to bust her ass to make money, she has to fear being deported and the person being kindest to her is gangster Arman, not FBI agent Garrett.  We see a lot of reality in the drama, including that some times there are no good choices..

Oliver Hudson plays FBI agent Garrett.  He should be the good guy and we should root for him and not want Elodie Young's Dr Thony De La Rosa to have anything to do with the gun running gangster Arman (Adan Canto).  But watching the show, it's obvious that some are not what they should be or what they're supposed to do.

I have a similar reaction when I read this from the AP:

Early on Wednesday, Turkish President Recep Tayyip Erdogan retweeted a post from Turkey’s Defence Ministry featuring a photo of a jet taking off with a caption reading “the dens of the terrorists are caving in on their heads!”

Who's the terrorist Recep?

Emboldened by a US President (Donald Trump) who let him get away with attacking Americans on American soil, Recep just gets more and more thuggish and he is the terrorist at this point.  YPG International Tweets:

BREAKING #Turkey tries to continue what #ISIS started a massive attack against #Rojava and the people that defeated ISIS. Right now airstrikes in Derik, Sinjar, Maxmur, attacks on Shehba etc. Everyone has to take action against this attack now. #TwitterKurds #Kurdistan #YPG #YPJ 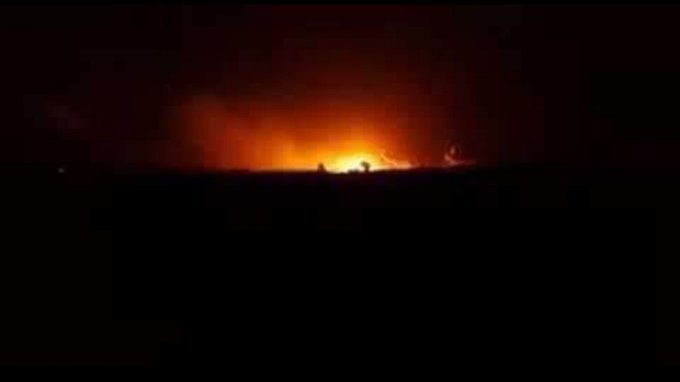 Recep and his goons should be standing before a tribunal.  Kamaran Osmzn Tweets:

Twenty minutes ago, the Turkish war planes bombed Makhmur refugee camps seven times in Iraqi Kurdistan. There is still not any information about the casualty numbers. #KRG #Iraq #Turkey

The secretary general of Iraq's Asa'ib Ahl al-Haq movement, which is a part of Popular Mobilization Units (PMU) or Hashd al-Sha’abi, says resistance fighters will give an adequate response to the latest Turkish military aggression on the Arab country.

Qais al-Khazali, in a tweet published on his Twitter page on Wednesday, condemned Turkey's repeated violations of Iraqi sovereignty, warning that the Ankara government “is going too far with targeting civilians."

“Amid the government’s deplorable silence, flagrant violation of the Iraqi sovereignty continues by Turkish occupation forces, after they established military bases in northern Iraq. The situation has exacerbated and ordinary citizens are now being targeted under flimsy claims and pretexts,” Qazali wrote.

Just as appalling as these bombs, as the forests Turkey's burning in Kurdistan (rightly labeled an ecocide), as the military bases Turkey has established in northern Iraq, is the silence so much of the world has fallen back to in response.

As many as 1.5 million Armenians were killed in the first half of the last century and that's due in part to the desire of so many to be silent and look the other way.

Recep has moved beyond thug.  He is a terrorist.

Meanwhile stocky Shi'ite cleric Moqtada al-Sadr insists he's going to form a majority government.  Keeps insisting.  Over and over.  Week after week.  It's starting to look like he's got a better chance of losing some of those pounds by going on Jenny Craig than he does of forming a government.

For those who've forgotten, Iraq held elections October 10th.  Still waiting on the formation of the government all these months later.

In his efforts to carry out his grudge match wtih thug Nouri al-Maliki, Moqtada's talking of allowing the prime minister to remain the same and, of course, Barhim Saleh wants a second term as president of Iraq as well.

Because his political party did so great in the October 10th elections?

Nope.  They bombed.  In fact, the president should come from the KDP because that is the political party that the Kurdish people overwhelmingly backed this election cycle, not Saleh and his loser PUK party.

Because Saleh's done such a great job?

Nope.  Saleh, despite four years as president, has nothing to show for it, no accomplishments to praise.

We all grasp, don't we?, that Iraq is one of the most corrupt governments in the world on any index.  Exactly what was the point of elections if the same unpopular figures are to be reinstalled into posts where they will continue to fail the Iraqi people?

In addition, there is climate change which is anticiapted to attack Iraq more harshly than other countries.  Saleh and company haven't done a damn thing to address that either.

They're very good at pocketing money, at getting jobs for tehir families and at looking the other ways as Iraq's national wealth is repeatedly robbed.  They're not so good at governance.

His nomination has raised tension between the country’s two main Kurdish parties. The Patriotic Union of Kurdistan nominated Mr Salih, a decision which was rejected by its rival, the Kurdistan Democratic Party. The KDP instead nominated former foreign and finance minister Hoshyar Zebari for the post.

His nomination has raised tension between the country’s two main Kurdish parties. The Patriotic Union of Kurdistan nominated Mr Salih, a decision which was rejected by its rival, the Kurdistan Democratic Party. The KDP instead nominated former foreign and finance minister Hoshyar Zebari for the post.

A long-standing agreement among the Kurds usually sees a PUK nominee installed as president, while the KDP is left to run Iraq's autonomous Kurdish region.

But the KDP is seeking more control after securing 31 seats in the 329-seat parliament in October's election, while the Kurdistan Alliance — led by the PUK — won only 17 seats.

Mr Salih has been among the long-standing members of Iraq’s political class over the past 18 years. He was also a leading figure in the Iraqi opposition before 2003.

He assumed a number of senior posts after the 2003 US-led invasion that toppled Saddam Hussein. He served as deputy prime minister for two terms and as minister of planning, as well as prime minister of the Kurdistan Regional Government.

We'll wind down with this press release about veterans from Senator Bill Cassidy's office: