Some Tweets about Meryl Streep.


Some used to love her.

This was not her finest hour.

UN Refugee Agency‏Verified account @Refugees  22m22 minutes ago
On #DayOfTheGirl let us not forget girls like 2-year-old Bedoor, who was displaced by war in Iraq 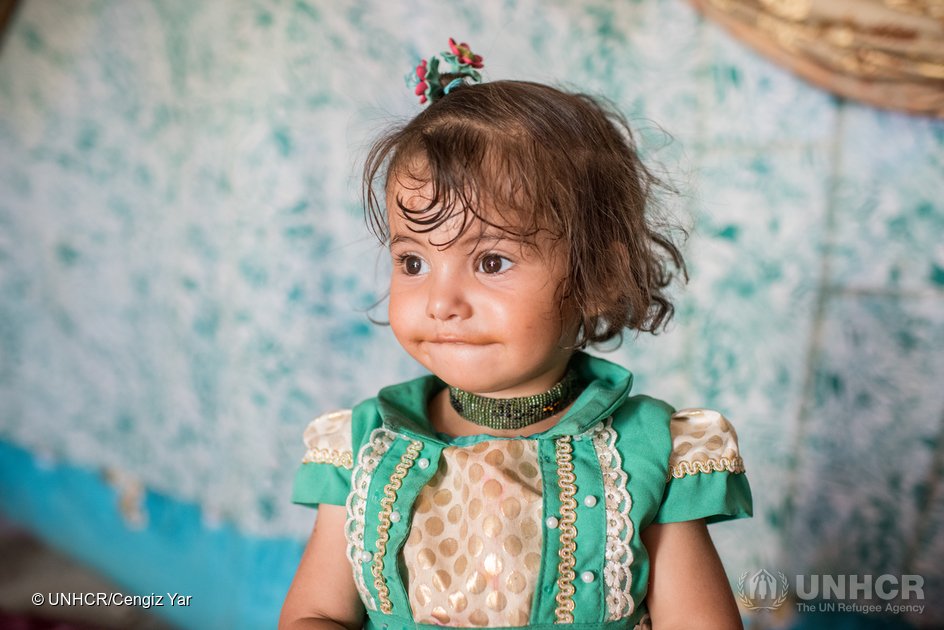 She is one of many displaced by the ongoing Iraq War.

IOM Iraq‏Verified account @IOMIraq  Oct 8
“We just ran. We left everything behind." Over 13,000 #Iraqis remain displaced due to #Hawija mil. ops (as of 8 Oct) http://iomiraq.net/article/0/iraqi-displaced-face-hardships-despite-end-hawija-military-operation … 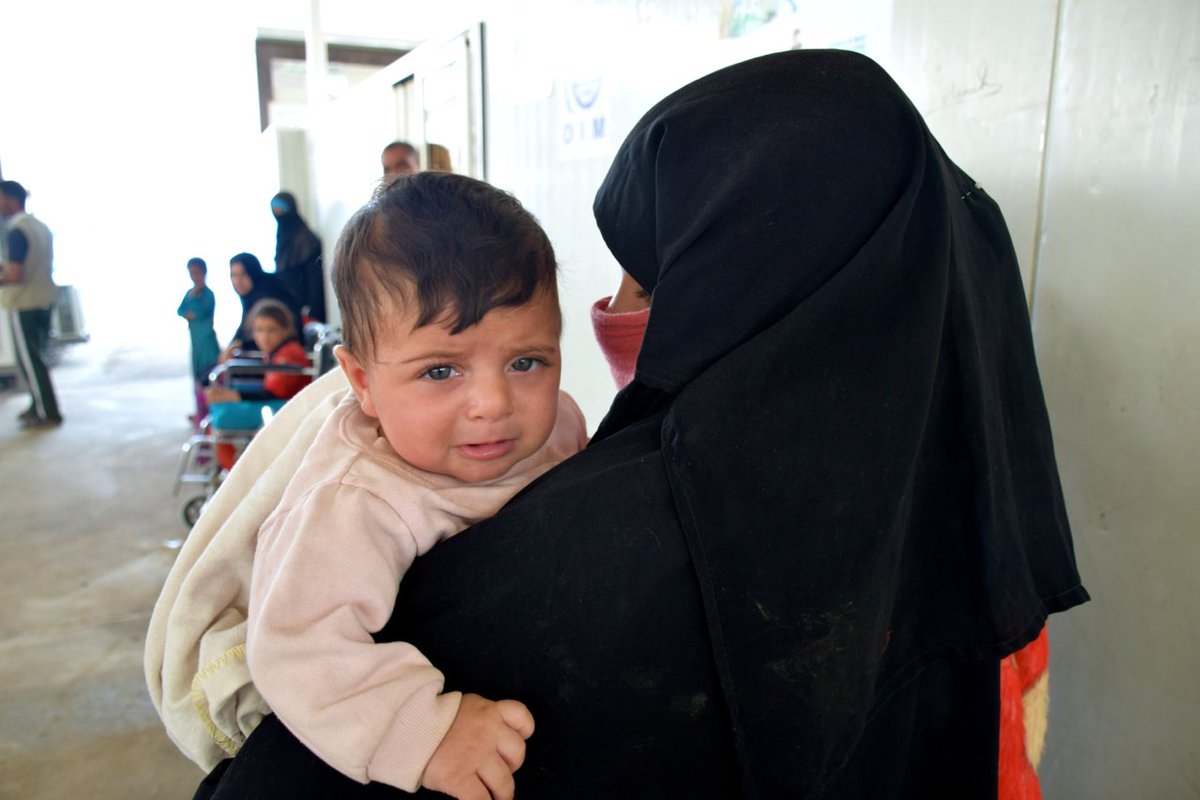 And, as noted in yesterday's snapshot, 5.4 million new internal refugees created just since 2014.

By the first years of the Iraq War, Iraq had already become the scene of the largest refugee crisis in the Middle East since 1949.  The crisis has continued in wave after wave.

For the second time in recent history, the winding down of U.S. military operations in the Middle East has allowed the Pentagon to ramp up the war in Afghanistan. While U.S.-backed forces fight to liberate the few remaining ISIS holdouts in Iraq and inch closer to victory over the terror group in Raqqa — its last major stronghold in the region — the coalition bombing campaign in Afghanistan is dramatically escalating.


He might want to calm down a bit, we've seen what's taking place in Iraq right now a few times before.  Let's drop back to last week's House Armed Services Oversight and Investigation Subcommittee hearing to note this:


US House Rep Seth Moulton: First and foremost, I'm concerned that Iraqi security forces may be woefully unprepared to provide security to Iraqi civilians and ensure displaced persons can return to their homes without attack or fear of retribution.  Experts I have heard from here in Washington and in Iraq have expressed worries of insufficient hold forces and police compounded by the beleaguered state of Iraqi military units reeling from the toil of the brutal counter-ISIS campaign. Without sufficient local security arrangements, we cannot expect for Iraq to be stabilized, for civilians to return to normalcy and for communities to be defended against the emergence of a "ISIS 2.0" or other militant groups. Moreover, without capable and professional security forces, we risk seeing a repeat of the same sectarian tensions leading to Sunni embitterment that provided fertile ground for the growth of ISIS in the first place. Beyond the provisioning of civilian security, key gaps and problems remain to be addressed -- such as acute food insecurity, insufficient access to healthcare, destroyed infrastructure, degraded public services and utility, newly inflamed grievances among local communities and insufficient plans for government arrangements in many areas.


That is where things stand today.

There is no progress.

The US-installed government accomplishes nothing.

It does not represent the Iraqi people.

And he 'missions accomplished' turn out to be failures when examined closely.  Such is the case of 'liberated' Tal Afar.  Sam Kimball (MEE) reports:

Many former residents are not hopeful. Bassam Abdullah, 38, and his family fled Tal Afar ahead of the military operations and now live in Mosul.
His cousin, a municipal worker in Tal Afar who had fled two years earlier, was ordered by the authorities to return to the municipal offices, Abdullah says, and reopen them.
After four to five days in the city, Abdullah’s cousin told him: “The Hashd are burning some houses. They are burning Sunni homes. The Shia houses they leave alone.”
Abdullah says his cousin told him many houses in the city have been looted - houses which he believes belonged to Sunnis. “Tal Afar is now for the Shia. I have a little land in there. I think the [Hashd] authorities will oblige me to sell it to them.”


Again, nothing has changed.


Meanwhile, Mary Shepperson (GUARDIAN) writes of finding lentils in the Kurdistan region (and calls it the birth of inequality):


The layer we’re excavating at the site dates to around 4,400 BC, according to our C14 samples, which places it near the end of a period called the Ubaid. In northern Mesopotamia the Ubaid covers about a thousand years (c.a. 5,300-4,300 BC) and it was a critical period of social transformation during which the foundations were laid for the birth of the first cities.
In the Ubaid period, people began more intensive, year-round cultivation, leading them to build larger, more permanent settlements. Unlike the preceding Halaf period society, which seems to have been essentially egalitarian with resources held communally, the late Ubaid period saw the introduction of significant competition and social stratification. Economic production became privatised, and authority – both religious and secular – appears to have been centralised.
[. . .]
Architecture changed in the Ubaid from semi-permanent, mostly circular structures to permanent, rectilinear buildings occupied by self-sufficient households. The ubiquitous structure of this new, more urban life was the tripartite house; a building with a large rectangular central space separating two suites of smaller rooms. It’s a tripartite house that we’re excavating at Gurga Chiya. The house sits on the south side of the settlement, off a broad, cobbled lane. Its walls are made of pisé – rammed earth – and after more than six thousand years they’re almost impossible to tell apart from the slightly less rammed earth surrounding them. Fortunately for me, as the excavator, the eastern half of the building is stuffed full of the house’s most unusual feature; a plague of carbonised lentils.
[. . .]
Lentils are one of the oldest crops to be cultivated by [humans]. They were part of the “Neolithic package”: a set of innovations in plant and animal exploitation which facilitated the shift from hunter-gathers to early farming. Most of these innovations, including lentil domestication, originated not too far from Gurga Chiya in the region of northern Iraq, south eastern Turkey and north eastern Syria. DNA analysis has shown that domesticated lentils are most closely related to the wild taxon Lens culinaris ssp. orientalis which originated in this area. The earliest clearly domesticated lentils were found at the site of Tepe Sabz in Iran and date to 5,500-5000 BCE; a thousand years older than our Gurga Chiya lentils.

Masrour Barzani‏Verified account @masrour_barzani  16h16 hours ago
In my meeting today w/ German Amb to Iraq, Dr. Cyrill Nunn, I welcomed an intl initiative to back Erbil-Baghdad talks on an open agenda- mb. 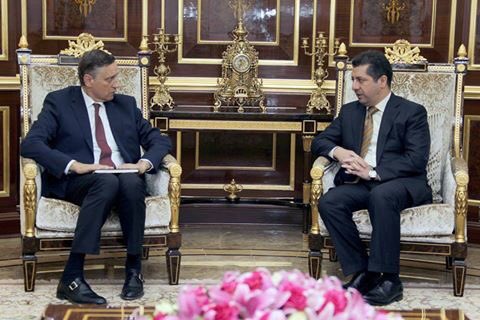 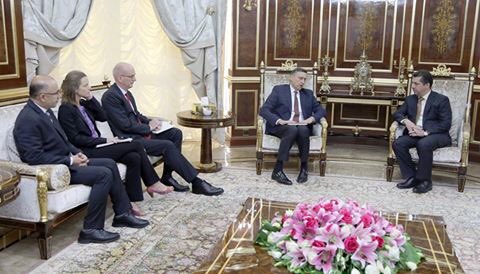 In the meeting both sides shed light on the latest political, humanitarian and post-referendum developments and agreed that tension and aggressive statements will not help resolve the issues and that dialogue and negotiations are the best way to address issues between Erbil and Baghdad. They also discussed Erbil- Berlin relations and best ways to further promote them.

Mr. Barzani thanked the German people and government for their humanitarian and military support to the Kurdistan Region. He also stated the reasons that pushed the Kurdistan Region to hold the independence referendum last month and emphasized that experiences with Baghdad proved that pre-referendum relationship with Baghdad was not functioning and that a new kind of relationship should be adopted.

Prime Minister Barzani reiterated KRG’s readiness to hold serious and unconditional dialogue with Baghdad and pointed out to the positive role the international community can play in the process.

Ambassador Nann said that Germany is following the developments in the Kurdistan Region and Iraq with interest, stressing that his country is ready to help and support the dialogue between Erbil and Baghdad. He also praised the role of the Kurdistan Peshmerga Forces in the fight against terror and commended the KRG and the people of Kurdistan for sheltering and helping a large number of internally displaced persons and refugees.

An Iraqi court on Wednesday ordered the arrest of the chairwoman and two other members of the commission that organized last month's vote for Kurdish independence, a judicial official said.

Iraqi Prime Minister Haider al-Abadi has not ruled out Iraqi courts issuing an arrest warrant for Kurdistan President Masoud Barzani for holding the referendum despite the opposition of the federal government.

Iraq’s National Security Council, under the authority of Abadi, stated on Monday it had put together a “list of names” of “state employees within the Kurdistan Region” who stand accused of holding the referendum. It said they will take “legal measures” against them through the office of the public prosecutor.


You want to see even more war and rage in Iraq?

Have Hayder march his candy ass brigade through the KRG to arrest Massoud Barzani.

So he taunts because he has no real power.

And as he issues yet another taunt, he just escalates tensions futher.

Nouri al-Maliki has less and less to worry about as he seeks to reclaim the post of prime minister -- it appears the best way to defeat Hayder is to just let him keep talking.