Hillary Clinton, the disappointment that never lets up.

Done with her.  She has been such a disappointment in each and every way.

Tuesday, May 15, 2018.  All the votes have still not been counted and released but it appears that Moqtada al-Sadr has maintained his lead.


Saturday, Iraq held elections and terms like "shocking" have been tossed around ever since.  Simon Tisdall (GUARDIAN) explains:

The unexpectedly poor showing of Haider al-Abadi, Iraq’s prime minister, in parliamentary elections has dealt a blow to US influence in the country. It was a poor return for American backing for the Baghdad government’s drive to extirpate Islamic State and regain lost territory.
But the bigger loser may be Iran, whose allies in Iraq’s Shia militias known as the Popular Mobilisation Forces were pushed into second place by Moqtada al-Sadr, the veteran nationalist. Put simply, Sadr believes Iraqis should run Iraqi affairs – not Washington, not Tehran and not their proxies.

So far? Elections were Saturday.  Sunday was one day after, Monday was two days after and today is three days after.  Remember the hype that the electronic machines used in the voting would mean that the results were known in two days.  Tom Barnes (INDEPENDENT) notes, "The country's electoral commission released results for 10 of the 19 provinces on Sunday evening, but has given no indication as to when more returns would be announced."

And after Moqtada, who came in second?  CBS and AP note:

An alliance of candidates linked to Iraq's powerful Shiite paramilitary groups was in second. The alliance is headed by Hadi al-Amiri, a former minister of transport with close ties to Iran who became a senior commander of paramilitary fighters in the fight against the Islamic State of Iraq and Syria (ISIS) extremist group.


From last night's THE NEWSHOUR (PBS): 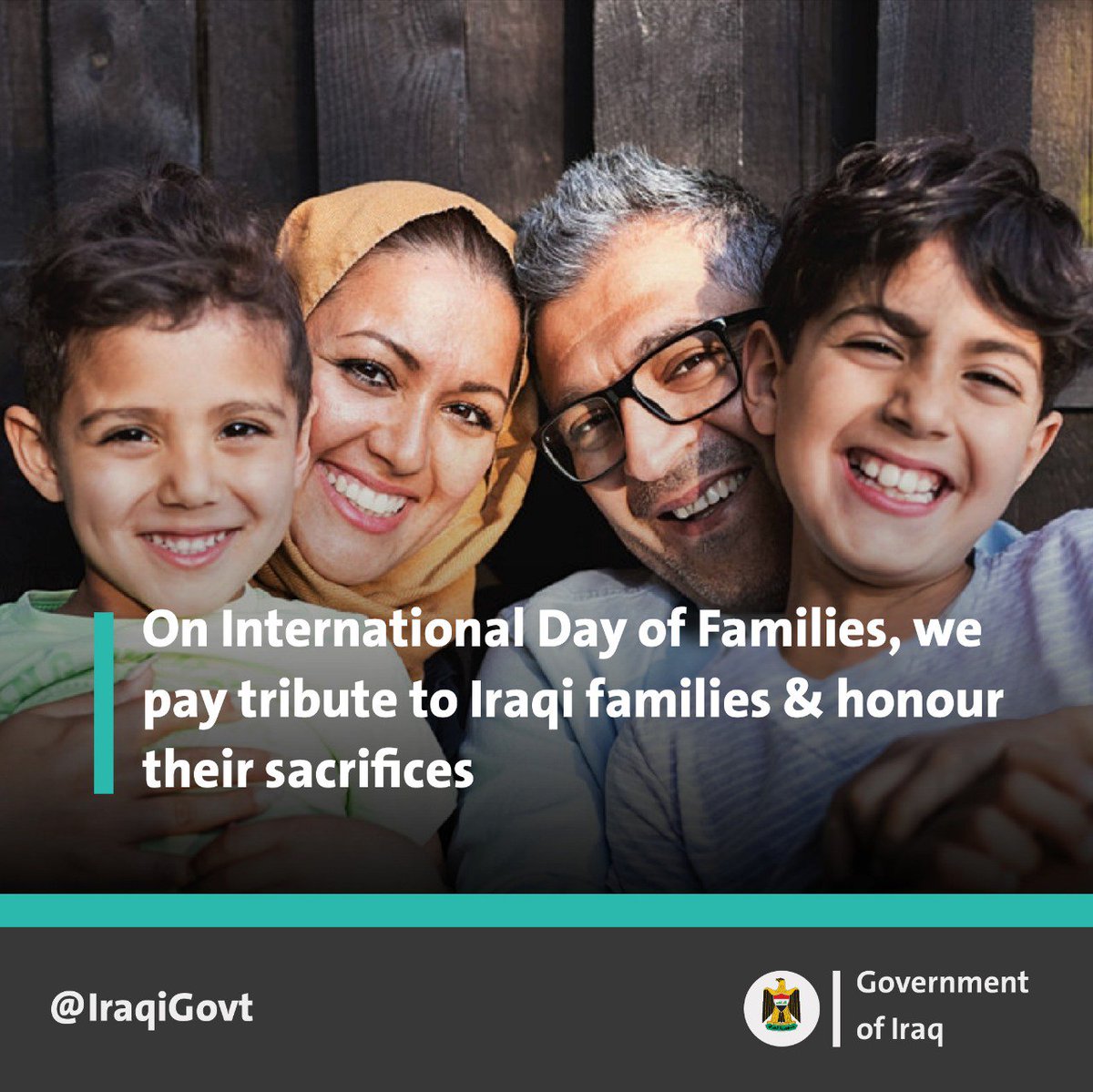 
What does the future hold?  No one knows but many are guessing.

Vali Nasr‏Verified account @vali_nasr 1h1 hour ago
Abadi will likely lose leadership of his own party to Maleki, then all three of top leaders (Sadr, Amiri and Maleki) would be opposed to US presence to #Iraq
0 replies8 retweets6 likes


Nouri al-Maliki in control of the party?  That would be Dawa.  And without being prime minister, what is his power base?  Ibrahim al-Jaafari and Nouri have often been in conflict and al-Jaafari has a real power base.  Nouri's base is rather small since he was ousted as prime minister back in 2014.  Don't forget the the whisper promises his lackeys had to resort to -- Nouri doesn't want to be prime minister again! -- ahead of the elections as they attempted to gain votes.

Again, al-Jaafari has a base.  With Nouri and his history of corruption and abuse, you sort of get the idea he could be knifed in Tahrir Square and no one would seriously pursue an investigation into the crime.

That doesn't mean Nouri couldn't be in charge of Dawa again -- it just means a lot of things would have to break his way.

What is known is that Nouri has no fixed position.  He will sell out any belief of any person (remember his own spokesperson who fled the country after Nouri blamed him for the corrupt Russian deal?).  So the notion that Nouri is anti-American overlooks the reality that (a) he's partnered with the US many times and (b) play on his paranoia or offer him money and he'll do whatever he's told to do. 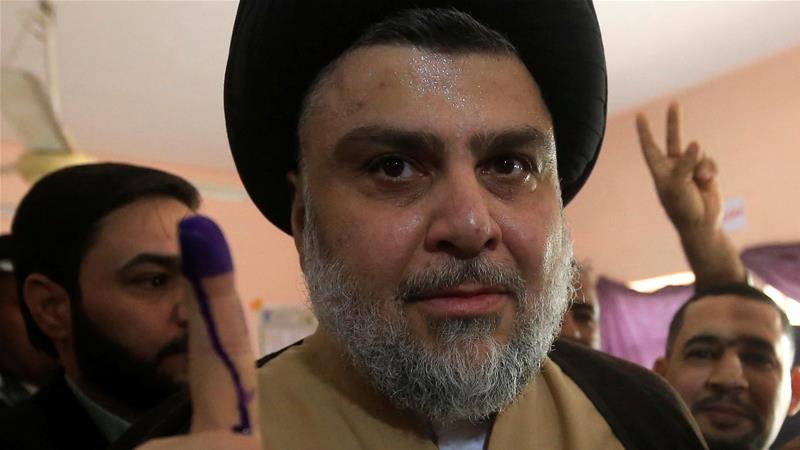 Based upon what is known Moqtada's followers are celebrating.


James Cogan (WSWS) offers his analysis of the results which includes the following:


The largest bloc in the parliament, with 54 seats, will be the “Alliance of Revolutionaries for Reform.” This highly unstable grouping is led by the Sadrist movement that follows bourgeois nationalist cleric Moqtada al-Sadr and the Stalinist Iraqi Communist Party (CP). It won solid support in the working-class suburbs and slums of Baghdad and other major cities.
The bloc is wracked by contradictions. The Iraqi CP, in line with its history of collaboration with imperialism, fully supported the 2003 US invasion and occupation. Sadr’s movement, which has its main base of support in the poorest working-class areas of Baghdad, initially opposed it. In 2004, Sadr called for armed resistance and his Mahdi Army suffered heavy losses in pitched battles with American and British forces in Baghdad, Basra, Najaf, Karbala, and other cities in the majority Shiite provinces of Iraq.
Sadr continued to verbally oppose the US occupation on Iraqi nationalist grounds but his movement turned to sectarian violence against Sunni-based forces in 2006. The Mahdi Army was blamed for some of the worst atrocities that forced a large proportion of the Sunni population of Baghdad to flee their homes into segregated cantons. After 2007, the Sadrists largely called off resistance and joined the jockeying for parliamentary power, including by taking ministries in the Shiite-dominated occupation governments at various times.
Sadr formed the alliance with the CP in 2016, based on seeking increased positions and privilege through common denunciations of the appalling poverty that faces the working class. Under conditions of growing US-Iranian tensions, Sadr also ramped up nationalist condemnations of Iran’s influence over the Shiite parties of Iraq, accusing Tehran of seeking to take over the country and its resources.
Outgoing Prime Minister Abadi has indicated he is prepared to hold talks with the Sadrist bloc over the formation of a new regime. Fatah, however, has said it opposes any role in the government for parties like the CP that advance a nominally secular perspective. This stance appears to be intended more to pressure Abadi and other political groupings to exclude the Sadrists and their anti-Iranian position.
It is entirely conceivable that US agencies will respond by encouraging a bloc between Abadi, Maliki and the Sadrists. While Sadr is presented in the establishment media as “anti-American,” he has demonstrated in the past his willingness to collaborate with the US to protect or advance the interests of the layer of the Shiite elite that he represents.