Cranky Clinton and her lies 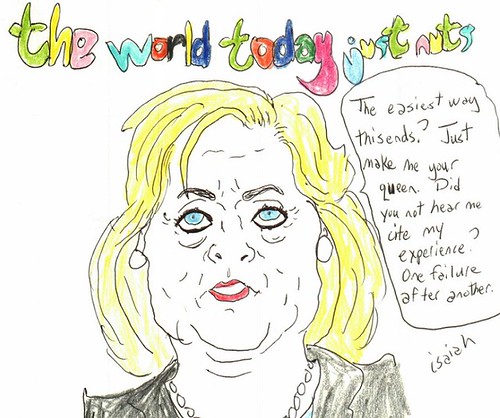 What will it take to defeat Cranky?

I am so afraid she is going to become the Democratic Party's nominee.


She is just such a liar. 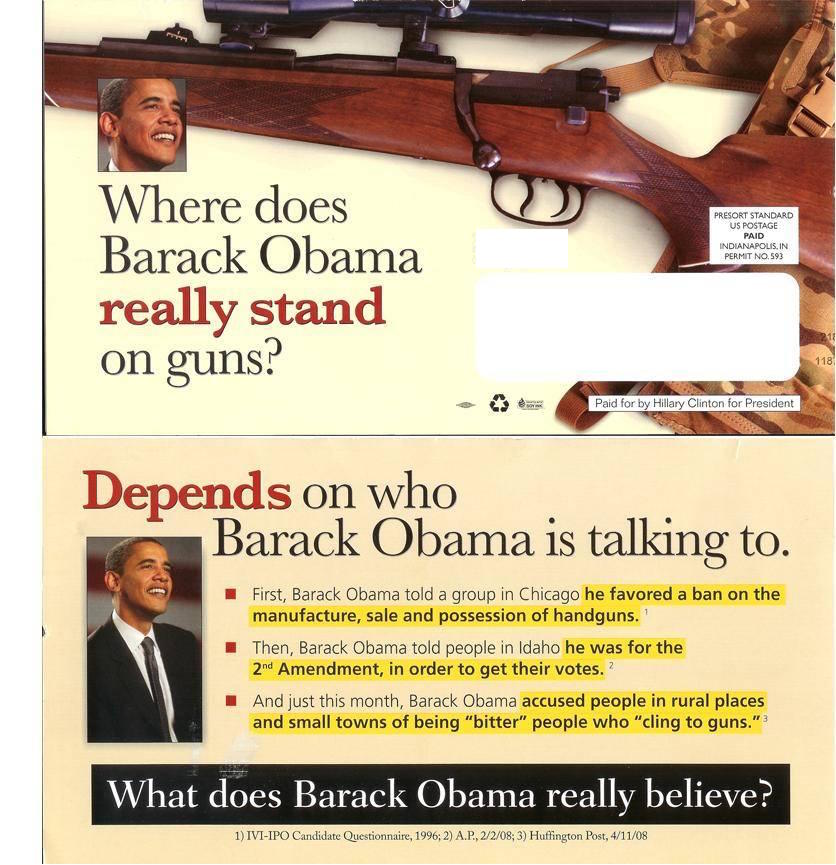 
Monday, January 18, 2016.  Chaos and violence continue, 3 Americans are missing in Iraq, the Sunnis continue to be persecuted, the Democratic Party's presidential contenders talk ISIS, and much more.

Yesterday, Mohammed Tawfeeq (CNN) broke the news that 3 Americans were missing in Iraq. This morning, CBS NEWS and AP report, "A group of Americans who went missing over the weekend in Iraq were kidnapped from their interpreter's home in Baghdad, according to an Iraqi government intelligence official."

Where were they kidnapped from?

Some are calling it a "brothel" which may or may not be the case.  As Richard Spencer (TELEGRAPH OF LONDON) explains:


Others suggested it was a place known for “illicit” parties involving alcohol - something that would not be illegal in Baghdad. But in strict Sunni or Shia areas some residents might describe such a place as a brothel whether it was or was not.
[. . .]
The three Americans may have been caught up in one of the periodic sweeps of Baghdad by the Shia militias, who can be as violent as their Sunni jihadist counterparts. In one raid 18 months ago, 25 women were shot dead by militiamen who raided a house said to have been used as a brothel in the east of the city.


Charges of a bordello should always be considered charges and not reality unless it's confirmed.  If you want to smear your enemies (or justify killing them), militias know the easiest way is to insist the site was a "brothel."

Of the three Americans, FOX NEWS notes, "One of the Americans is a woman, The Wall Street Journal reports.A police official identified the woman as Iraqi-American Russel Furat. An Iraqi military official told the newspaper the two men kidnapped are Iraqi-American Wael al-Mahdawy and Egyptian-American Amro Mohammed."

ABDUL-LATIF AL-HIMAIM, Head of Sunni Endowment, Iraq (through interpreter): We reject any kidnap operation. We fully support the government, stability and security. We absolutely condemn and reject anyone who violates the law and disturbs security and stability. We denounce outlawed acts and kidnappings. Such acts are rejected from any party.


W.G. Dunlap (AFP) offers, "Kidnappers have recently seized Qataris and Turks, but it has been years since Americans were abducted, and it is Iraqis who have suffered the most from kidnappers seeking ransoms or to settle scores."

Ahmed Rasheed and Saif Hameed (REUTERS) note that the three are either contractors or trainers and that road blocks have been set up and helicopters are being utilized to search for the three.


Erin Cunningham (WASHINGTON POST) reviews last week's violence and notes, "Then, on Tuesday, the bullet-riddled bodies of two journalists for Iraq’s Al-Sharqiya TV, a news channel seen as sympathetic to Iraq’s Sunnis, were found outside Muqdadiyah. Sharqiya executives said Shiite militias had killed the reporters at a checkpoint."  Last week, Fred Lambert (UPI) reported on one of the other major attacks, "Shia militiamen conducted reprisal attacks against local Sunnis in Muqdadiya, Iraq, following a double bombing Monday that killed at least 20 people.  The blasts occurred in a cafe and mainly killed and injured militiamen with the Hashid Shaabi, or Popular Mobilization Forces, an Iran-trained Shia Muslim group fighting in Iraq against the Islamic State."

Strikes in Iraq
Attack, fighter and remotely piloted aircraft conducted 25 strikes in Iraq, coordinated with and in support of Iraq’s government:

-- Near Sinjar, one strike destroyed an ISIL vehicle.

Where is the plan?


Hillary Clinton's been claiming she has a plan.  She made that claim again Sunday night during the Democratic Party's debate moderated by NBC News' Lester Holt and Andrea Mitchell and featuring Clinton and other contenders for the Democratic Party's presidential nomination -- Bernie Sanders and Martin O'Malley.


MITCHELL: You mentioned Syria. Let me ask you about Syria, all of you. Let's turn to Syria and the civil war that has been raging there. Are there any circumstances in which you could see deploying significant numbers of ground forces in Syria, not just specials forces but significant ground forces to combat ISIS in a direct combat role?
Let me start with you Secretary Clinton.


CLINTON: Absolutely not.
I have a three point plan that does not include American Ground forces. It includes the United States leading an air coalition which is what we're doing, supporting fighters on the ground; the Iraqi Army which is beginning to show more ability, the Sunni fighters that we are now helping to reconstitute and Kurdish on both sides of the border.

I think we also have try to disrupt their supply chain of foreign fighters and foreign money and we do have to contest them in online space. So I'm very committed to both going after ISIS but also supporting what Secretary Kerry is doing to try to move on a political diplomatic to try to begin to slow down and hopefully end the carnage in Syria which is the root of so many of the problems that we seen in the region and  beyond.


You can find this:


Is that her three-part plan?

That's all she's got at her website and it's a tiny paragraph in the midst of her national security page.


What would Senator Bernie Sanders do?


He declared, "We should -- we should learn -- we should learn from King Abdullah of Jordan, one of the few heroes in a very unheroic place. And what Abdullah said is this is a war with a soul of Islam and that Muslim troops should be on the ground with our support and the support of other major countries. That is how we destroy ISIS, not with American troops in perpetual warfare."

Not one word about diplomacy?

Not one word about needing to address the persecution of the Sunnis in Iraq?

Like Bernie, Barack Obama also misses this point about the need to address the persecution of Sunnis in Iraq.  Friday, the White House issued the following:

President Obama today convened his National Security Council to discuss the intensification of our campaign to degrade and destroy ISIL. The President was briefed on recent progress by Iraqi security forces in taking back Ramadi, and on ways we and our partners in the Global Coalition to Counter ISIL continue to accelerate and integrate the military campaign on all possible fronts in Iraq and Syria.

The President directed his national security team to continue to intensify ongoing efforts to degrade and destroy ISIL, including by working with our partners to increase our military cooperation, disrupting foreign fighter networks, halting ISIL expansion outside of Syria and Iraq, countering ISIL financing, disrupting any ISIL external plotting efforts, and countering ISIL's propaganda and messaging. The President emphasized that degrading and destroying ISIL will continue to require coordination and cooperation among a wide range of global partners, and the United States is strongly committed to continuing to lead the shared efforts of the Global Coalition to Counter ISIL.

Not one word about the Sunnis.


Dropping back to the January 7th snapshot:

The current prime minister, Haider al-Abadi, also a Shiite, has given much lip service to inclusion but has made little headway in changing Iraq’s sectarian equation. “All these things have to move in harmony. . . . You can’t simply focus on the military and ignore political factors,” said the senior administration official, who spoke on the condition of anonymity to discuss internal assessments.
“Our diplomats are working day in and day out” on Iraqi political reconciliation, the official said, “but in some ways it is even more difficult. . . . These are existential questions that the Iraqis are asking themselves.”

The diplomats are working very hard, are they?

So Barack got his Iran deal but didn't think to secure the release of American hostages.

Meanwhile the Iraqi government does as it damn well pleases despite years of promises to institute reconciliation and Barack just hands over anything to them.

It's not that difficult.

The White House then tosses out their want.

The Iraqi government has to give a little or there's no deal.

In June of 2014, Barack publicly declared that the only answer to Iraq's crises was a political solution.

Yet in August of 2014, he started bombing Iraq.

He used the US military, his envoy and the State Dept to work on more military means.

And there's been no progress on the political front.


In "The debate (Iraq)" at Third last night, we gave Hillary credit for telling some truth:

At one point, we were all booing.

Three candidates on the stage and they were all lying.

All pimping and whoring for imperialism.

Then to our surprise, one slipped in just a tiny bit of honesty.

As Hillary briefly notes, "If there is any blame to be spread around, it starts with the prime minister of Iraq, who sectarianized his military, setting Shia against Sunni."


Who would that be?

And if the blame "starts with the prime minister," it actually starts with Barack Obama.

Nouri did what Hillary's alluding to during his second term.

He didn't win a second term at the polls.

The White House -- Barack Obama -- gifted him with a second term via a legal contract (The Erbil Agreement).

They also backed him until the summer of 2014.

Despite Nouri's non-stop attacks on the Sunnis in Iraq.


Not only did Barack give Nouri a second term as prime minister, but Barack also ignored the protesters. Even when they carried signs proclaiming "Obama, if you Cannot Hear Us Can you Not See Us?"

And yet Barack stood with Nouri, continued to stand with him.


Former Governor Martin O'Malley had a strong moment during the Islamic State section of the debate:


We need to learn the lessons from the past. We do need to provide the special -- special ops advisers, we need -- do need to provide the technical support, but over the long-term, we need to develop new alliances. We need a much more proactive national security strategy that reduces these threats before they rise to a level where it feels like we need to pull for a division of marines.

And I also want to add one other thing here. I appreciate the fact that in our debate, we don't use the term you hear Republicans throwing around trying to look all vibrato (ph) and macho sending other kids -- kids into combat, they keep using the term boots on the ground. A woman in Burlington, Iowa said to me, "Governor, when you're with your colleagues, please don't refer to my son who has served two tours of duty in Iraq as a pair of boots on the ground." Now, we need to be mindful of learning the lessons of the past.


Please don't refer to my son who has served two tours of duty in Iraq as a pair of boots on the ground.


It's a message the Prime Minister of Australia clearly did not receive.  SKY NEWS reports: