At least one member of Congress is concerned with peace.

Rep. Ro Khanna‏Verified account @RepRoKhanna 11h11 hours ago
Democrats in Congress should enthusiastically support our upcoming summit with North Korea in Singapore. After the failures of Iraq, Libya and Syria, our caucus must not be afraid to be the party of peace and diplomacy. 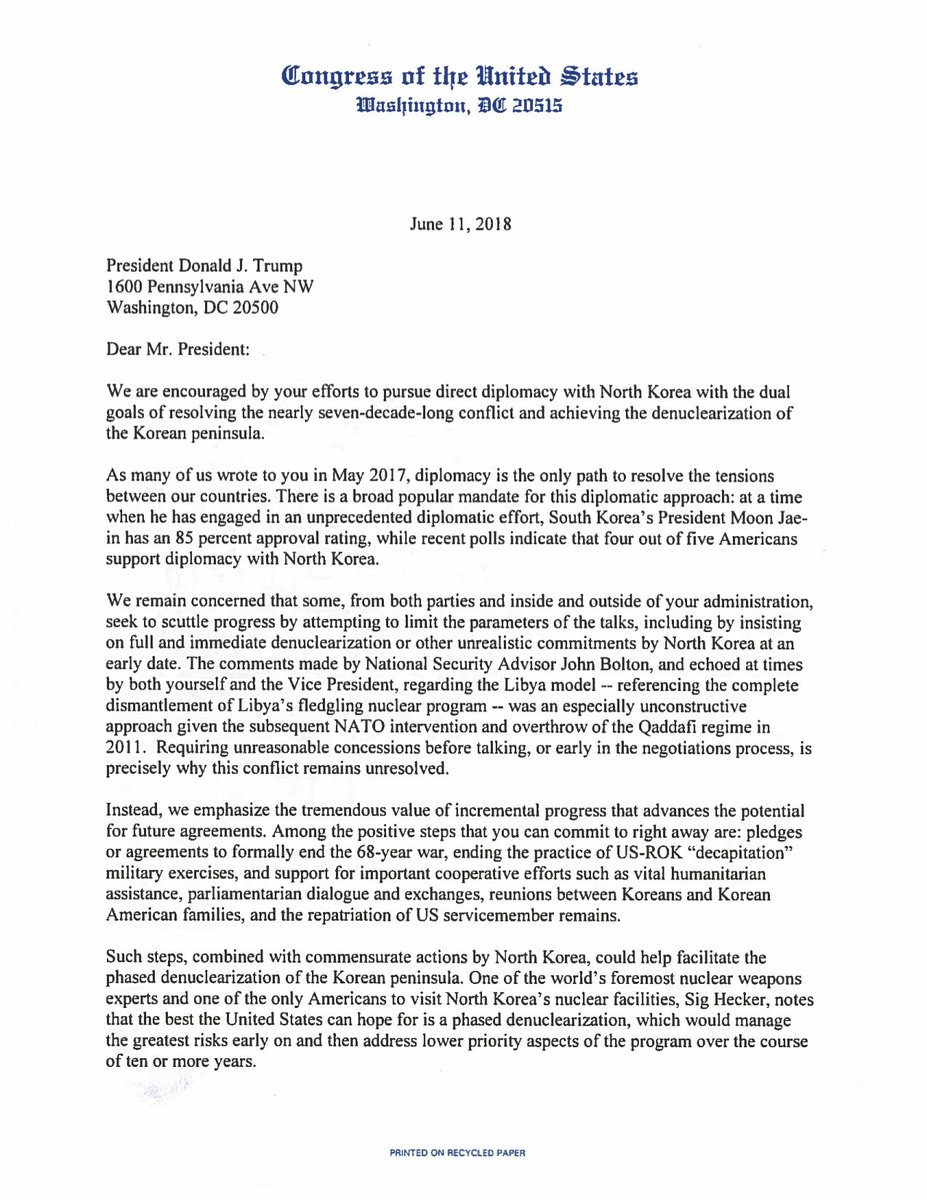 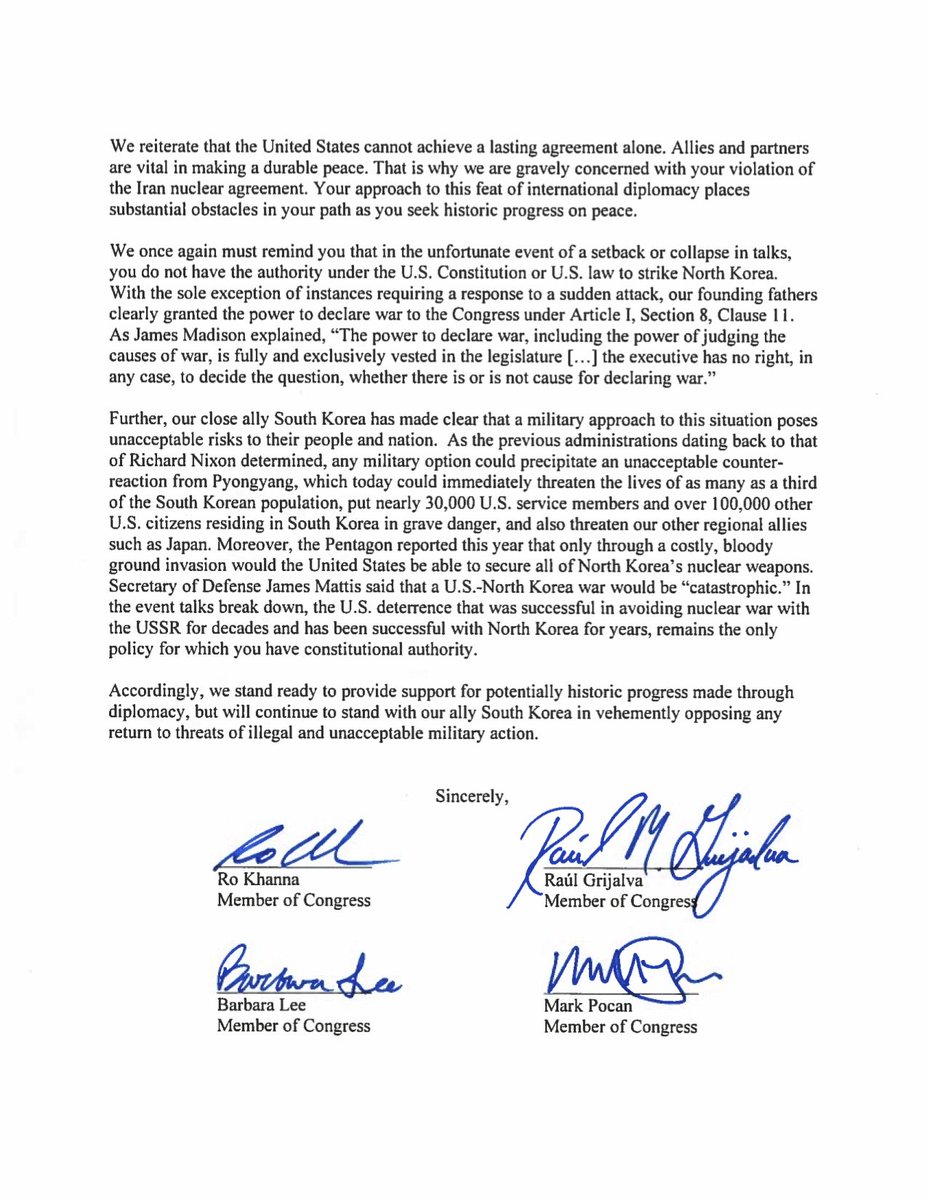 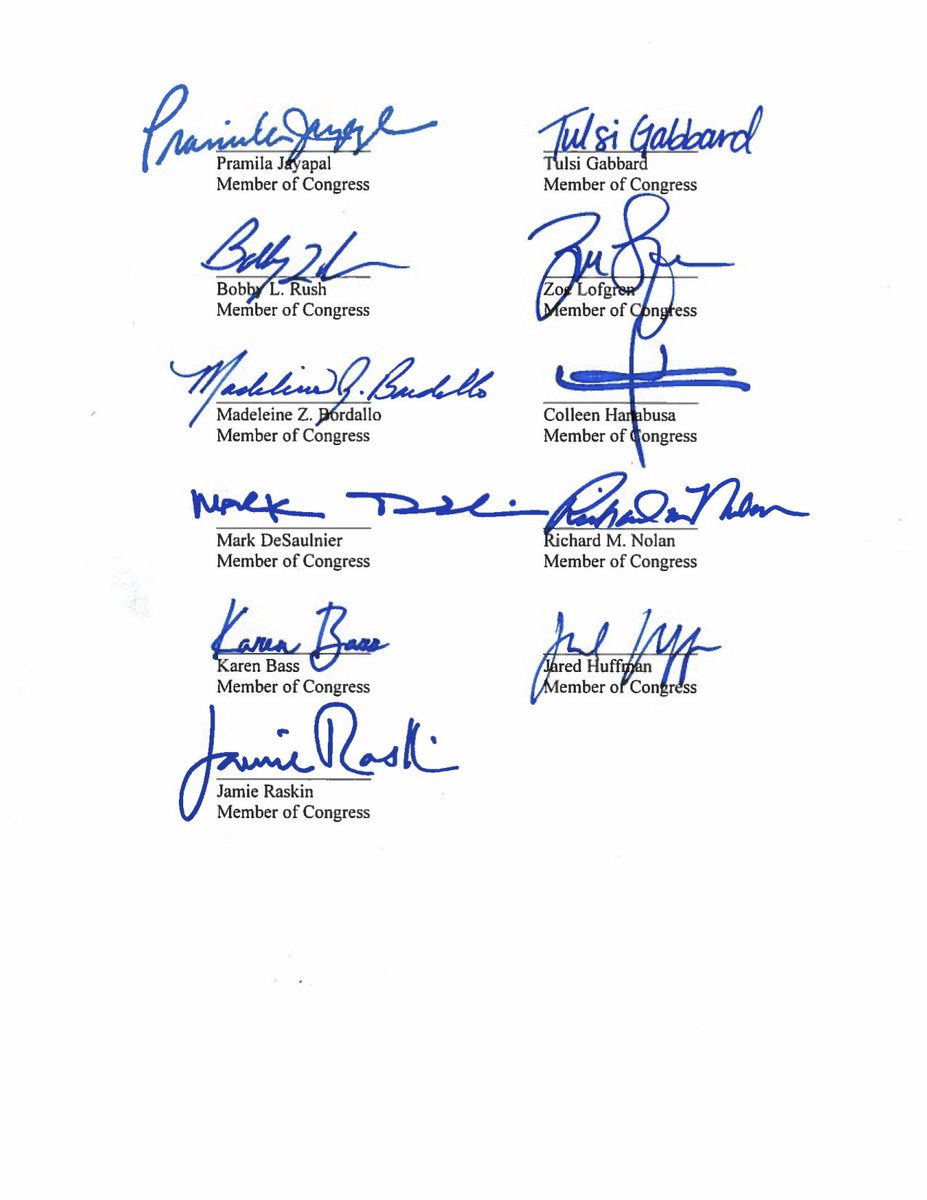 Rep. Ro Khanna‏Verified account @RepRoKhanna 9h9 hours ago
It is unreasonable for @SenSchumer to demand complete denuclearization for the president’s summit with North Korea. After 68 years of hostilities, the opportunity to make peace with North Korea must take priority over partisan attacks against the president.
0:56
2,818 views
9 replies31 retweets84 likes


Cindy Sheehan is among those who will be leading a women's March on the Pentago.  She's explaining what's what in a new essay:

After eight years of the Obama regime expanding the Bush regime’s wars from around two to around seven (with very little opposition from the so-called antiwar movement ), the Women’s March on the Pentagon is rebuilding a movement from practically scratch.

We are struggling to not get trapped in the antiwar old ways which never have been truly successful. If the anti-Vietnam war movement, its tactics and energy were so awesome, then why is the US currently mired so deeply in at least seven wars for Empire with 1000 bases in over 130 countries around the world and continued support for the apartheid, colonial, illegal state of Israel?

We are planning to march on the Pentagon. The Pentagon is not a typical target because many activists are afraid of offending the military despite recognizing that the US military is the largest terrorist organization in the world. We are also having a rally on the 21st of October and are committed to “Occupying" the Pentagon until Veteran’s Day, November 11th.

We are also reimagining new ways to state what the Women's March on the Pentagon is doing.

Yes, we are against the US Empire's perpetual and devastating wars but being “anti” war was never enough. Being “pro” peace is also deficient, because peace is just not an absence of war—it is also the presence of social justice and social safety nets.
WMOP is putting the PRO back in PROtest but before we are PRO-peace, we feel we need to be each of the following.

Read the essay to find out what the women are standing for.

What has the war accomplished other than a huge number of deaths?  Other than creating a land of widows and orphans?

Some people tried to pretend that meant something, remember?

It's probably hard for them to still pretend after yesterday.


The elections results in Iraq have been challenged and a recount was requested, today the warehouse building that kept the ballot boxes caught fire and ballots went up in smoke. Heh!!!


Not everyone sees it as a 'things happen' moment.  Many are rightly suspicious.

How to rig elections: 1st, write a law tailored for you; 2nd, appoint “independent” officials handpicked by you; 3rd, buy machines verified only by you; 4th, run free election; 4th, massage the results nicely for you; 5th, burn the paper trail. #Iraq
5 replies19 retweets47 likes


Far less likely that the winners -- the militias and Moqtada al-Sadr's bloc -- would set fir to the votes.  They won.  Much more likely that those who wanted to nullify the votes would be the ones to set the fire.


Among the media reports, Tamer el-Ghobashy and Mustafa Salim's WASHINGTON POST report stands out for at least noting that those disputing the results were the losers:

Salim al-Jubouri, the outgoing speaker of parliament, who lost his seat in the election, called for an entire re-do of the vote because of the fire.
The fire broke out on the same day a panel of judges had been formed to officially take over the election recount from the ostensibly autonomous Independent High Electoral Commission, the body that administered the vote and had since come under intense criticism for its performance.
Last week, Iraq's parliament voted to dismiss the commissioners and replace them with judges while calling for a full hand recount of the approximately 11 million votes. Some parties condemned the measure, saying it was spearheaded by groups of lawmakers who had lost their seats.


The United Nations had observers of last month's elections.  They didn't cite any issues, nor did they voice any concerns of fraud or a miscount.


But losers, like Nouri al-Maliki and his State of Law stamped their feet.  For those who have forgotten, Nouri stamped his feet in March of 2010 after those elections.  The UN coddled him and found about 2 more seats to give him to shut him up.  He still lost, of course.  But Nouri, who wants to be prime minister yet again, stomped his feet this time.

Others were celebrating his loss.

: Iraqis on Tahrir Square in #Baghdad sing "bye, bye Nouri al-Maliki" as they celebrate the defeat of former PM #Maliki in the #IraqiElections


Now the losers like Nouri insist it is time for a do over.

Manual recounting of votes in #Iraq

Reality, there is nothing in the Iraqi Constitution that gives the Parliament the right to order recounts or to overturn election results.  Disgruntled parties had already gone through the Iraqi courts -- the only ones with jurisdiction over this matter -- and the courts had found no cause for a recount or any fraud.

Replying to @SarwanBarzani_
I’ve said it many times. These elections are all for show. Democracy in Iraq doesn’t exist. The sooner this failed state collapses, the better.
1 reply1 retweet3 likes


The people spoke.  Those who voted put Moqtada al-Sadr's bloc in the lead.  This wasn't a surprise except to western gas bags and the western press.  Corruption is a huge issue in Iraq.  Shi'ite cleric and movement leader Moqtada al-Sadr can call for a protest against corruption and thousands turn out -- not just in Baghdad.

Salim al-Jabouri, the Speaker of the Iraqi Parliament calls for the re-run of general elections as Muqtada al-Sadr warns the country is in imminent danger. #Iraq

Single greatest setback to democracy in #Iraq since 2003! First, asking for a manual recount of ballots, then burning them! Now, some of those who lost dearly in the elections are asking for a new round as ballots are compromised. There are many to blame here. #IraqiElections (1)


Hayder al-Abadi did poorly in the elections.  For good reason.

The western press, pimping the desires of the US State Dept, insisted Hayder was a lock for re-election.  He had defeated ISIS!!!!  ISIS wasn't the issue.

But ISIS did show how useless Hayder was.

As summer was winding down, US President Barack Obama replaced Nouri al-Maliki with Hayder al-Abadi as prime minister of Iraq.

ISIS had seized Mosul and other areas.

But Hayder didn't show bravery by launching attacks on the terrorist organization.  He sat on his fat ass for months, years, while nothing happened.

And that's all he did.

His claims of victory were hollow to anyone in Iraq because they knew that ISIS remained and continued to carry out attacks in Iraq.

Isis was supposedly fully expelled from Iraqi towns months ago, and recent upsurge in attacks was attributed to cells etc. These photos (from KIRKUK, Iraq) offer a visual evidence of ISIS’s remaining redoubts/pockets. ISIS still has 1000s of members just in Iraq & Syria. #hamrin

He did nothing to address the issues facing the average Iraqis or to address the huge anger they had over the government corruption that saw their way of life decline while their so-called leaders lined their pockets with the people's money.

In 2014, he insisted that he was going to address corruption.  But he never did.  And that failure, in the eyes of most Iraqis, made him either corrupt himself or inept -- neither of which is going to garner votes.


But he's done his part to discredit the elections for some time now.  As has the press.

"AP can't get it right this morning. It's Wednesday, Hayder al-Abadi has done his weekly speech as prime minister of Iraq. In the speech, he announces that a body no one's heard of...
0 replies0 retweets0 likes

As for Nouri, in what world would he win the election in 2018?  He is the reason for the rise of ISIS in Iraq.  He was prime minister when ISIS began seizing control of areas.  How is that a testament to his ability to rule?  It's not.  He's a corrupt hack and the voters rejected him for good reason.

Iraq's Independent High Electoral Commission issued a statement yesterday following the fire.  It's a sad little plea for people to respect the process and the institutions.  The Commission also insists that copies of any ballots burned already exist.

BAGHDAD (Reuters) - Cleric Moqtada al-Sadr called for Iraqis to show unity rather than squabble over a possible rerun of the election his bloc won last month, in remarks that seemed aimed at defusing political tension after a storage site holding ballot… goo.gl/sb7WCX

The Iraqi people who voted sent a message -- even those choosing the militias -- that it was not going to be the same corrupt faces continuing their corruption.  The message to those who ripped off the Iraqi people was: Get gone.


How many times do I have to say
To get away-get gone
Flip your sh*t past another lasses
Humble dwelling
You got your game, made your shot, and you got away
With a lot, but I'm not turned-on
So put away that meat you're selling
Cuz I do know what's good for me-
And I've done what I could for you
But you're not benefiting, and yet I'm sitting
Singing again, sing, sing again
How can I deal with this, if he won't get with this
M'I gonna heal from this; he won't admit to it
Nothing to figure out; I gotta get him out
It's time the truth was out that he don't give a
Sh*t about me
-- "Get Gone," written by Fiona Apple, first appears on her WHEN THE PAWN HITS THE CONFLICT HE THINKS LIKE A KING WHAT HE KNOWS THROWS THE BLOWS WHEN HE GOES TO THE FIGHT AND HE'LL WIN THE WHOLE THING 'FORE HE ENTERS THE RING THERE'S NO BODY TO BATTER WHEN YOUR MIND IS YOUR MIGHT SO WHEN YOU GO SOLO, YOU HOLD YOUR OWN HAND AND REMEMBER THAT DEPTH IS THE GREATEST OF HEIGHTS AND IF YOU KNOW WHERE YOU STAND, THEN YOU KNOW WHERE TO LAND AND IF YOU FALL IT WON'T MATTER, CUZ YOU KNOW THAT YOU'RE RIGHT
Posted by Ruth at 9:13 PM