The list of War Criminals is a lengthy one


Exactly.  The war on Syria. . . . I just do not know what to say.  It as though after all those years of Bully Boy Bush and Barack Obama lying to us, at this point, we just do not care.

I am talking about the apathy I see regarding last Friday's attack on Syria.

I know people who are outraged.  I think we may be beyond shock at this point.  Possibly because we are told every day, by the media, that the world is ending, that Donald Trump is the worst person in the world, etc.  At this point, we are all sort of jaded.

Equally true, the peace movement was hijacked by the Democratic Party -- a hijacking, please note, that was carried out by the likes of Jodi Evans and Leslie Cagen and Tom Hayden and so many others.  We were betrayed by the so-called leaders who were using us to elect Barack Obama.  They hijacked us and then ran off to hide for the next eight years.

They are disgusting.  They are as responsible as the ones who started it.  I say Ms. Evans, Ms. Cagen, and Mr. Hayden are all War Criminals because they worked to cover up the War Crimes of Barack Obama.

Iraq criticized President Donald Trump's decision Friday to target Syrian government facilities suspected to be involved in the production of chemical weapons, saying such missile strikes undermined the wider effort to combat terrorism in both neighboring Arab states.
Iraqi Foreign Minister Ibrahim al-Jaafari spoke on the phone Sunday with acting U.S. Secretary of State John Sullivan, discussing the trilateral U.S., French and U.K. missile attack on Syria, which Iraq considers an ally in the fight against the Islamic State militant group (ISIS). Jaafari emphasized "the necessity to prioritize finding a political solution and that the Syrian people alone should determine their own fate," according to a statement by the Iraqi Foreign Ministry.


"If you have all this evidence," says whistle-blower Sibel Edmonds (NEWS BUD), "run it by Congress."


Two days after Donald Trump announced the strikes on Syria, the Arab Summit began in Saudi Arabia.  THE SAUDI GAZETTE notes this conclusion from the Summit:

We emphasize the need to find a political solution to end the Syrian crisis, in order to achieve the aspirations of the Syrian people who is under the aggression, preserve the unity of Syria, protect its sovereignty and independence, and end the presence of all external forces and sectarian terrorist groups, based on Geneva 1 outputs, statements of the International Support Group for Syria and the relevant resolutions of the Security Council, in particular Resolution No. 2254 of 2015. There is no way to stop bloodshed except by reaching a peaceful settlement that achieves a real transition to a political reality shaped and agreed upon by all the components of the Syrian people through the Geneva track, which is the only framework for the peaceful solution, and we are committed to the international community to alleviate human suffering in Syria to avoid new humanitarian crises.

We have followed the actions of the Western forces in Syria. We stress the need to join efforts to reach a political solution to the Syrian crisis and we stress our absolute condemnation of the use of chemical weapons against the brotherly Syrian people. We call for an independent international investigation that includes the implementation of international law.


Meanwhile Pippa Crerar (GUARDIAN) notes this from the United Kingdom:

However, the Labour leader, Jeremy Corbyn, has said that the attack on the Syrian regime’s chemical weapons stockpiles early on Saturday morning was legally questionable.
His deputy, Tom Watson, commissioned legal advice over the weekend after the government published only a summary of its own. Dapo Akande, the professor of public international law and co-director of the Oxford Institute for Ethics, Law and Armed Conflict, concluded that the government’s position was “significantly flawed”.

He argued that contrary to government claims, neither the United Nations charter nor international law permitted military action on the basis of humanitarian intervention. He also suggested that accepting the UK’s position on the use of force would undermine the supremacy of the UN charter.

Despite that, all three major broadcast networks, on Sunday, offered no questions of the strike and certainly didn't address legalities.  (See "TV: Neither humanity nor honesty factor into corporate news .")


As the US government tries to ramp up the war on Syria, the Iraq War continues.

The five dead are among 52 deaths on Monday according to Margaret Griffis (ANTIWAR.COM).

Hamzeh Hadad‏ @HamzehKarkhi 9h9 hours ago
Prime Minister @HaiderAlAbadi standing next to fellow Kurdish candidate leading @alnasriq list for Duhok. Iraq will break through ethno-sectarian lines and this will become the norm in coming elections from more coalitions and parties. #Iraq #Iraq2018 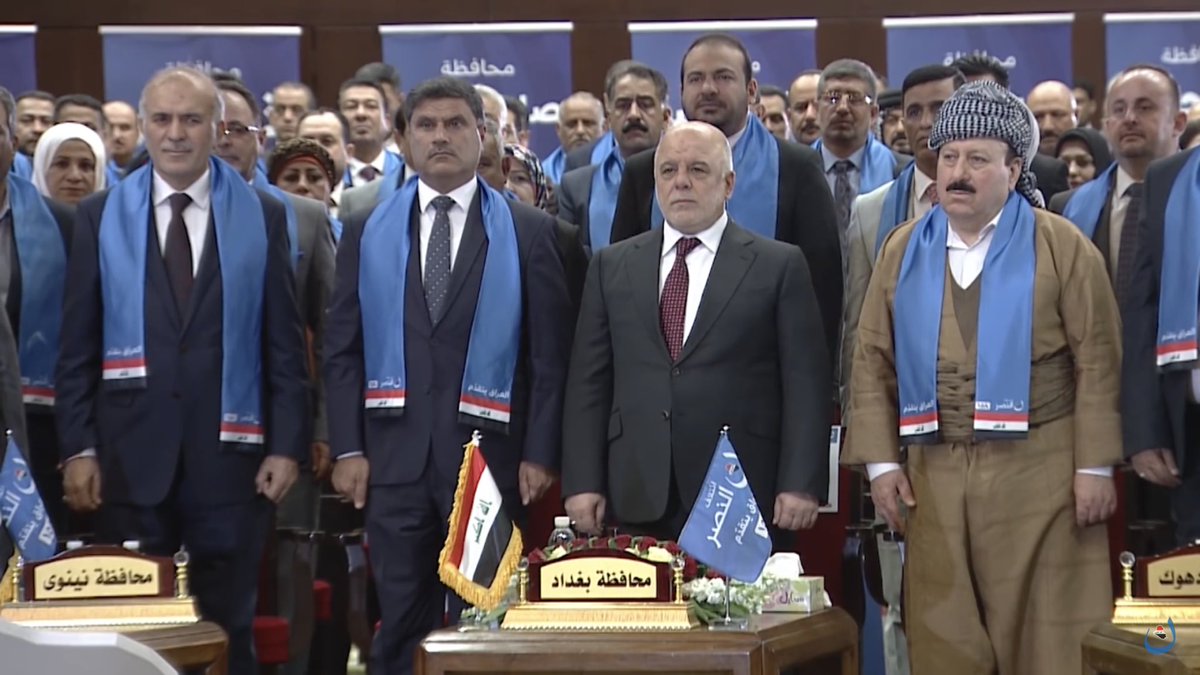 May 12th, elections are supposed to take place in Iraq.  Ali Jawad (ANADOLU AGENCY) notes, "A total of 24 million Iraqis are eligible to cast their ballots to elect members of parliament, who will in turn elect the Iraqi president and prime minister."  RUDAW adds, "Around 7,000 candidates have registered to stand in the May 12 poll, with 329 parliamentary seats up for grabs."  RUDAW also notes that 60 Christian candidates are competing for the five allotted minority seats.

Tuna Aygün‏ @ftunaaygun 1d1 day ago
Few photos from our trip to #Mosul with @BilgayDuman... #Iraq's Parliamentary elections are ahead yet the city is far away from being ready. 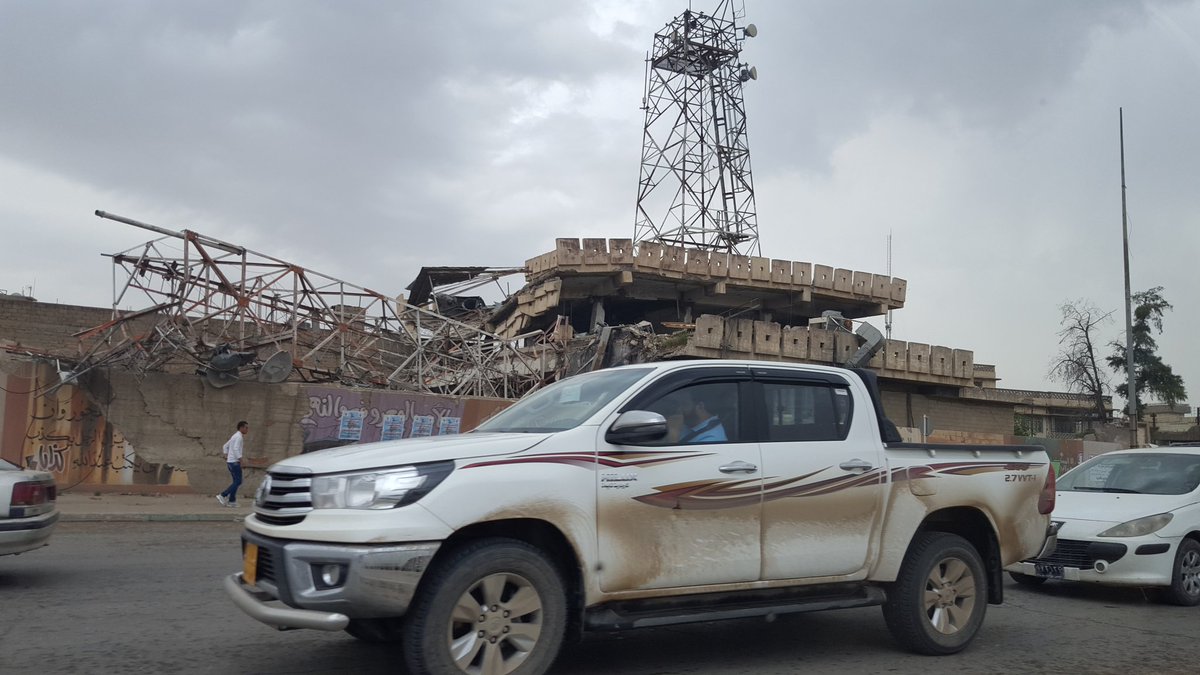 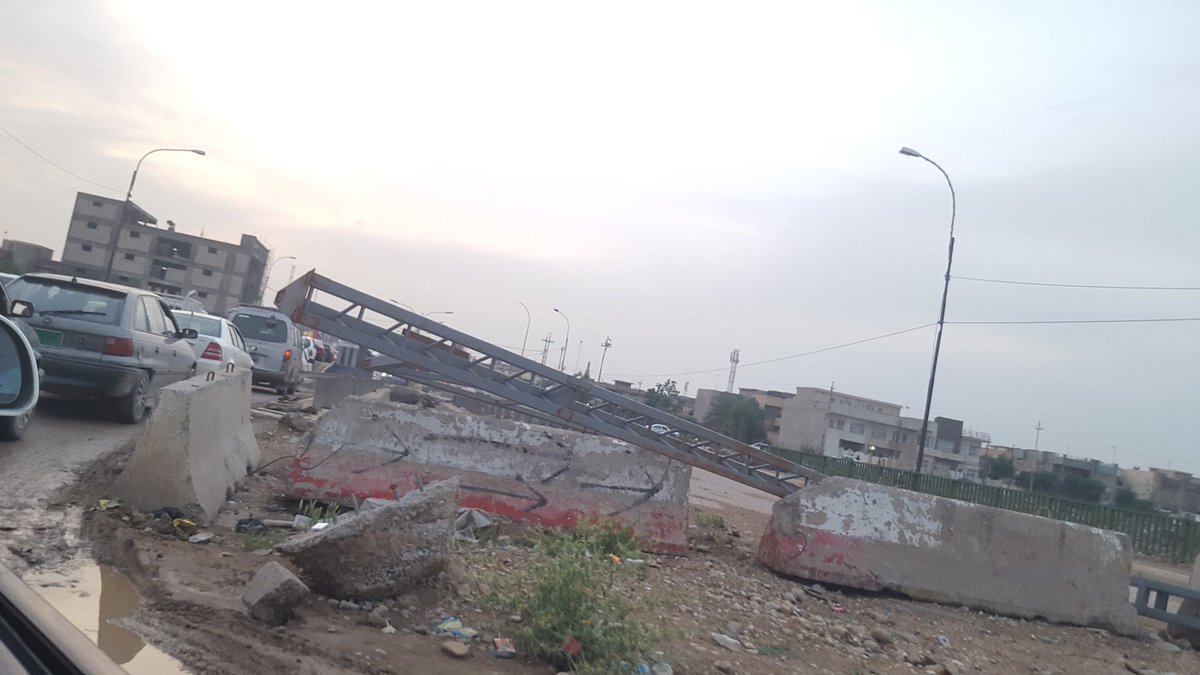 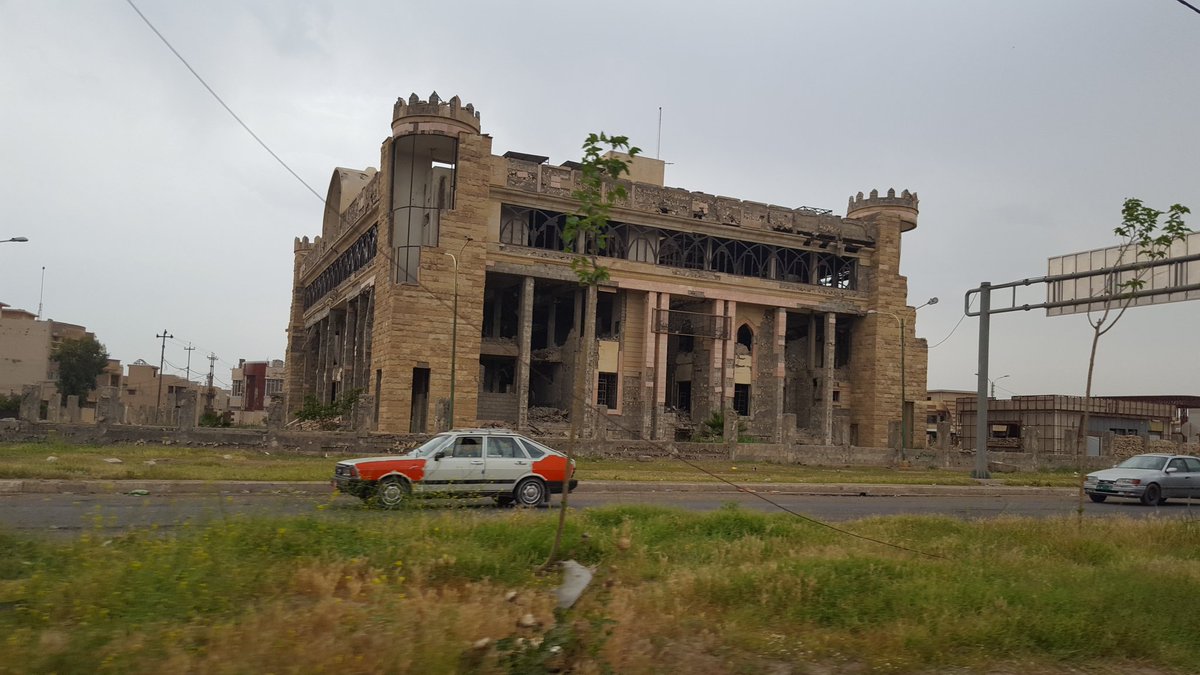 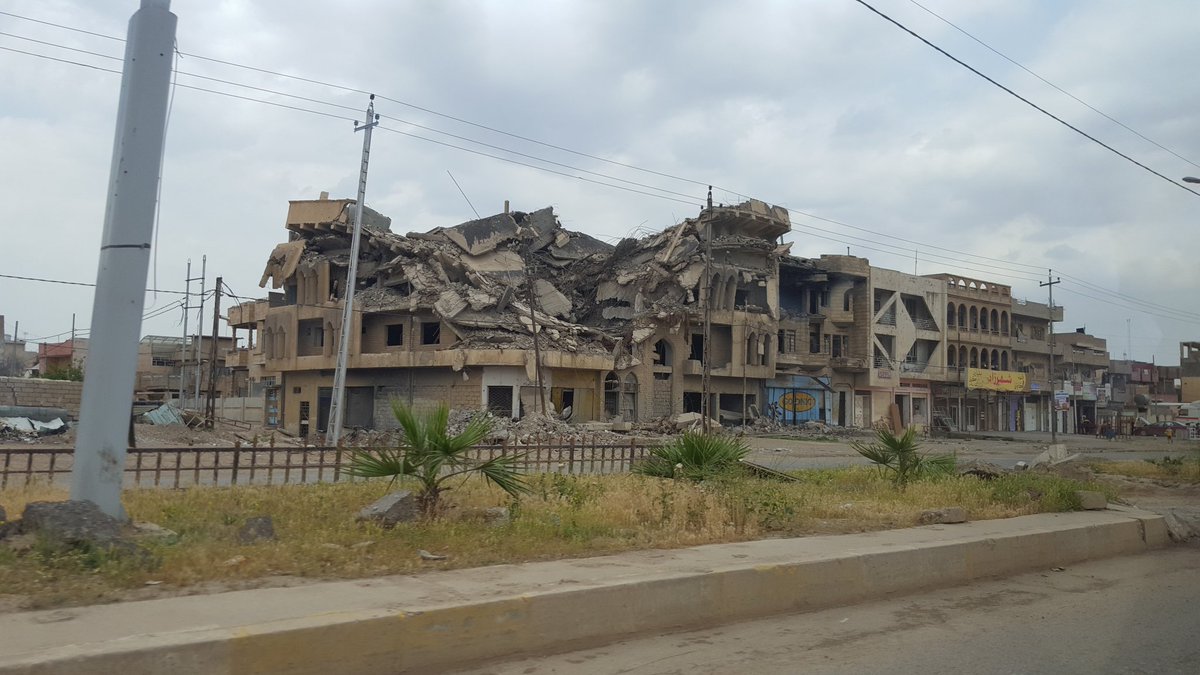 That's Mosul -- after 'liberation.'  There's been no rush to repair the damages.  But the Iraqi government does repair parts of the war machine.

More than 1075 military vehicles damaged in the liberation of #Iraq have been repaired by the Iraqi army's 9th armoured division and will now be inducted back into service. 150+ Humvees repaired in addition to MRAPs and hundreds of trucks. Great job. 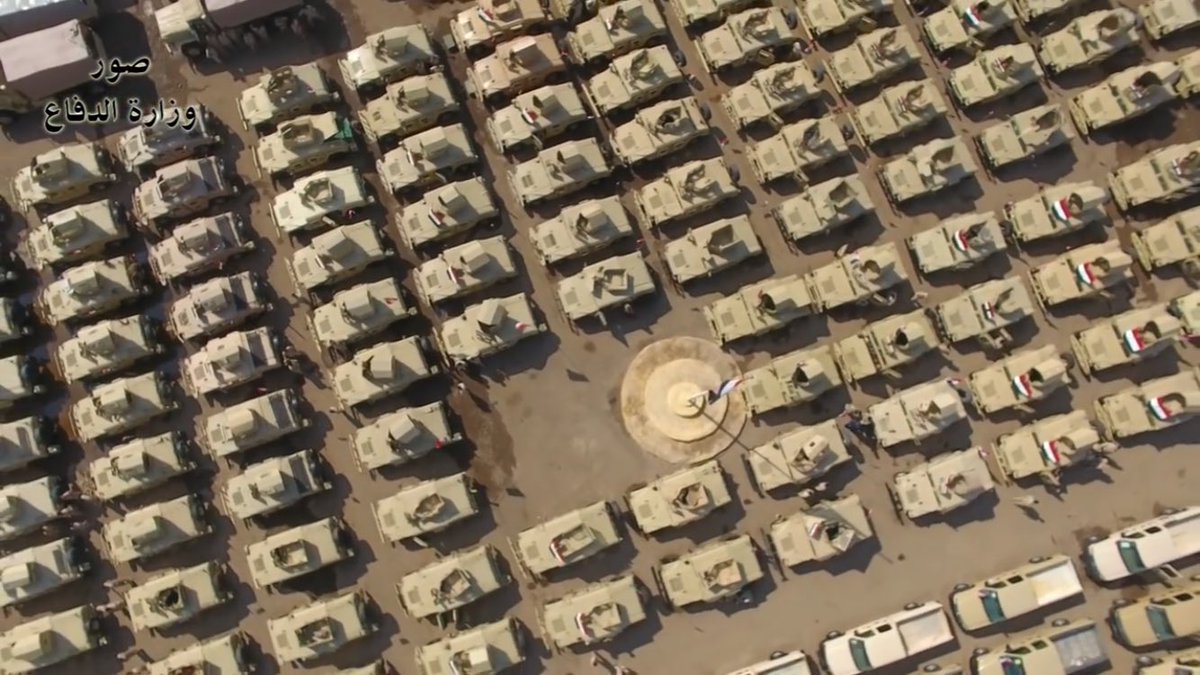 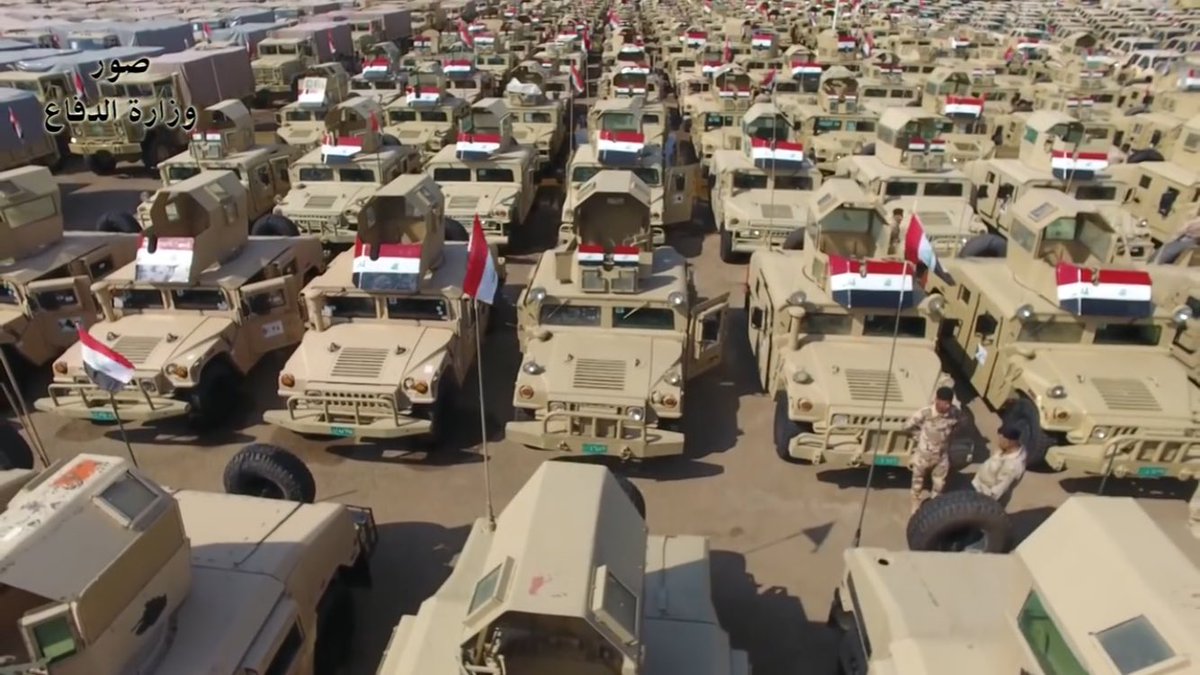 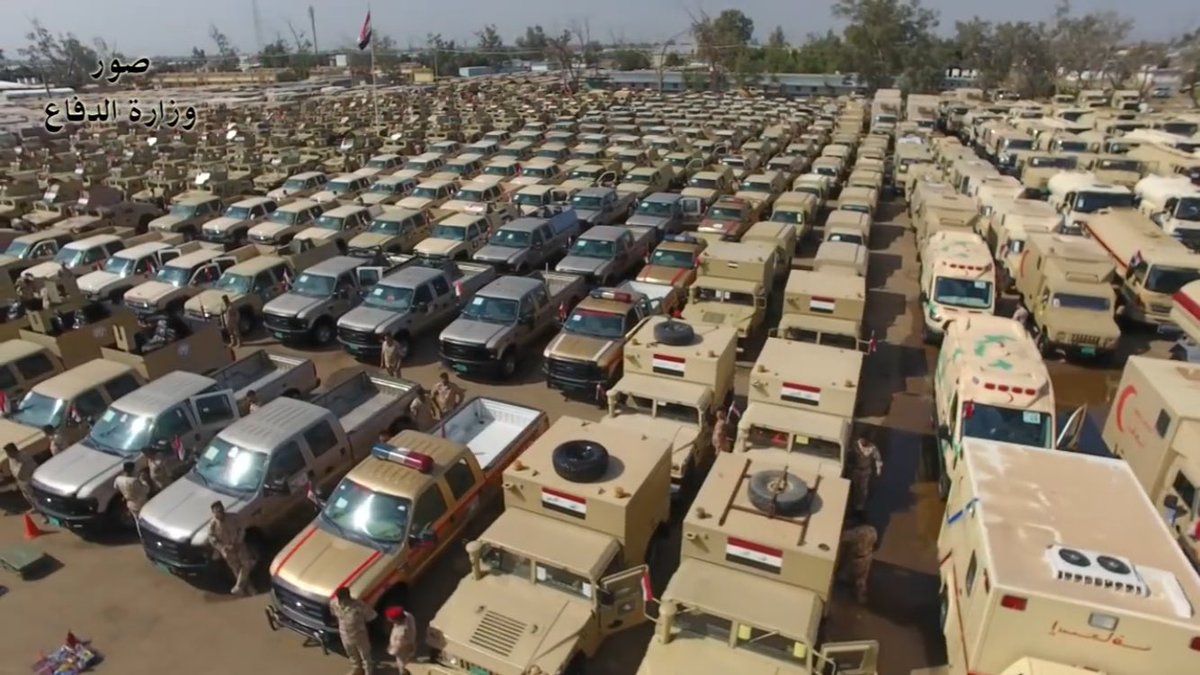 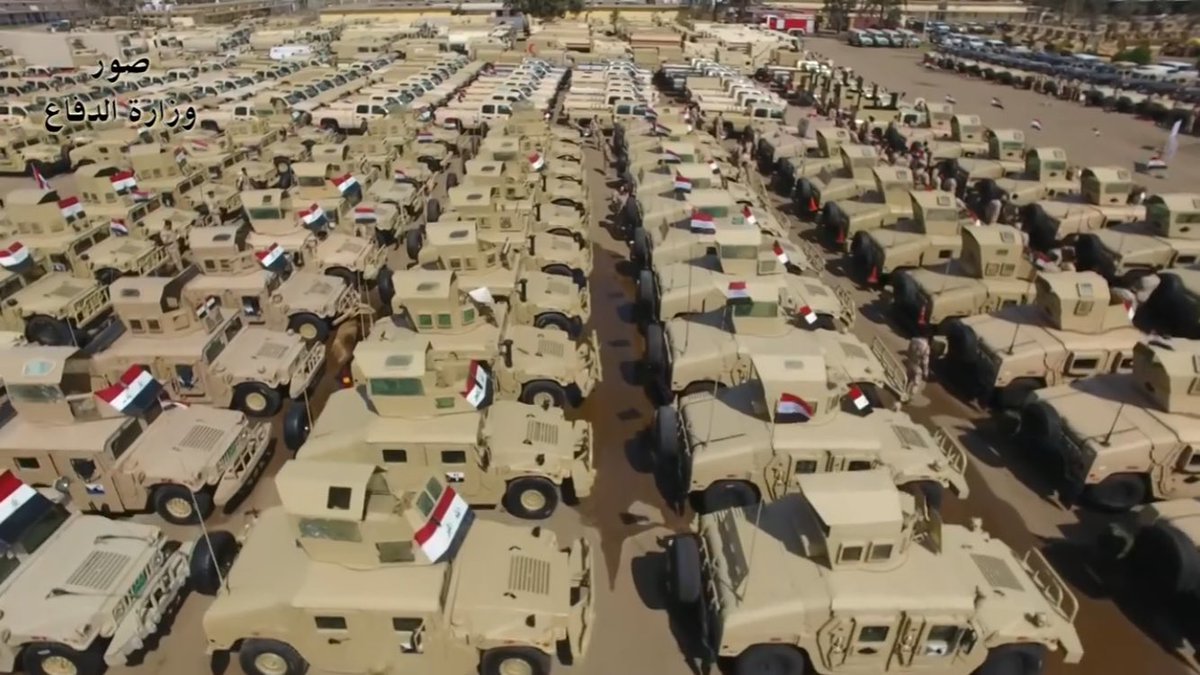 As the war machine is rebuilt, the people suffer.  And there is still no justice in Iraq.  Amnesty International reveals that women and children are again being targeted:


Iraqi women and children with perceived ties to the armed group calling itself the Islamic State (IS) are being denied humanitarian aid and prevented from returning to their homes, with an alarming number of women subjected to sexual violence, Amnesty International said in a new report published today.
The Condemned: Women and Children Isolated, Trapped and Exploited in Iraq reveals widespread discrimination against women living in camps for internally displaced people (IDPs) by security forces, members of camp administrations and local authorities, who believe these women are affiliated to IS.
Amnesty International established that sexual exploitation was occurring in each of the eight camps that Amnesty researchers visited.

“The war against IS in Iraq may be over, but the suffering of Iraqis is far from over. Iraqi women and children with perceived ties to IS are being punished for crimes they did not commit,” said Lynn Maalouf, Middle East Research Director at Amnesty International.
“Cast out of their communities, these families have nowhere and no one to turn to. They are trapped in camps, ostracized and denied food, water and other essentials. This humiliating collective punishment risks laying the foundation for future violence. It is no way to build the just and sustainable peace that Iraqis so desperately desire and need.”
The report details the plight of thousands of female-headed families who have been left to fend for themselves in IDP camps after male family members were killed, or arbitrarily arrested and forcibly disappeared while fleeing IS-held areas in and around Mosul.
In many cases, the men’s only “crime” was escaping an IS stronghold, having similar names to those on questionable “wanted lists” or working in non-combat roles with IS as cooks or drivers.
Isolated and sexually exploited
The research shows that women and children in IDP camps across Iraq are denied food and health care as a result of their perceived ties to IS.
These families are also routinely blocked from obtaining identity cards and other documents needed to work and move freely. In at least one camp, families suspected of links to IS are forbidden to leave what has become a de facto detention centre.
Desperate and isolated, the women are at heightened risk of sexual exploitation by security forces, armed guards and members of militias working in and near the camps. In each of the eight camps Amnesty International visited, women were being coerced and pressured into entering sexual relationships in exchange for desperately needed cash, humanitarian aid and protection from other men.
These women are also at risk of rape. Four women told Amnesty International they had either witnessed rape directly or heard the screams of a woman in a nearby tent who was being raped by armed men, members of the camp administration or other camp residents.
“Dana”, a 20-year-old woman, told Amnesty International she had survived several rape attempts and faced relentless pressure to have sex with a member of the security forces in her camp.
“Because they consider me the same as an IS fighter, they will rape me and return me back. They want to show everyone what they can do to me – to take away my honour,” she said.

“I can’t feel comfortable in my tent. I just want a door to lock and walls around me… Each night, I say to myself, ‘Tonight is the night I’m going to die’.”
Many of the women that Amnesty interviewed in IDP camps expressed fear for their safety.
“Women are being subjected to dehumanizing and discriminatory treatment by armed men operating in the camps for their alleged affiliation with IS. The very people who are supposed to be protecting them are turning into predators,” said Lynn Maalouf.
“The Iraqi government must show it is serious about ending the violations against these women by holding all perpetrators to account and stopping all armed men from entering IDP camps.”
Nowhere to turn
In several areas, local and tribal authorities have issued orders that block the return of women and children with perceived ties to IS, leaving them trapped in the IDP camps.
Those who have made it home have faced evictions, forced displacement, looting, threats and abuse, including sexual abuse and sexual harassment. In some instances, their houses have been marked “Daeshi” (the Arabic term for IS) and destroyed or they have had their electricity, water and other services cut off.
“Maha” described to Amnesty International the despair she felt at facing such discrimination.
“Sometimes I ask myself: why didn’t I just die in an air strike? I attempted to commit suicide but I didn’t follow through. I put kerosene on myself, but before I lit it on fire, I thought of my son,” she said.
“I feel I am at my end. I am in a prison here. I am completely alone – without my husband, my father – no one is with me anymore.”
The situation for women like “Maha” is likely to get even worse as international funding for the humanitarian crisis in Iraq is projected to sharply decrease.
In advance of Iraq’s parliamentary elections in May, displaced people are being urged to leave IDP camps as the government’s focus turns to closing and consolidating them.
“The Iraqi authorities must ensure that families in IDP camps with perceived ties to IS are given equal access to humanitarian aid, health care and civil documents. These families must be allowed to return home without fear of intimidation, arrest or attacks,” Lynn Maalouf said.
“The authorities must also immediately end the systematic and widespread practice of forcibly disappearing men and boys with perceived ties to IS that has left thousands of wives, mothers, daughters and sons in desperate situations.

“To put an end to the poisonous cycle of marginalization and communal violence that has plagued Iraq for decades, the Iraqi government and international community must commit to upholding the rights of all Iraqis without discrimination. Without this, there can be no national reconciliation or lasting peace.”