Senator Richard Blumenthal is my senator.

But I have tired of his constant distraction from real issues.

He supposedly was less than forthcoming about his military record.

I have no idea what that was.

I do not care.

But it does open him up to charges that he has been less than honest.

Again, I do not care.

I recoil at the idiots who whine that President Donald Trump got deferments.

I am sorry but that is true of most American men during that time.

The draft meant you could possibly be inducted.

For many, though, that did not happen.

I am glad for each and every male that did not have to go to Vietnam.

That was a war crime, not a just war.

But Mr. Blumenthal needs to be careful about his remarks.

They can bite you in the butt. 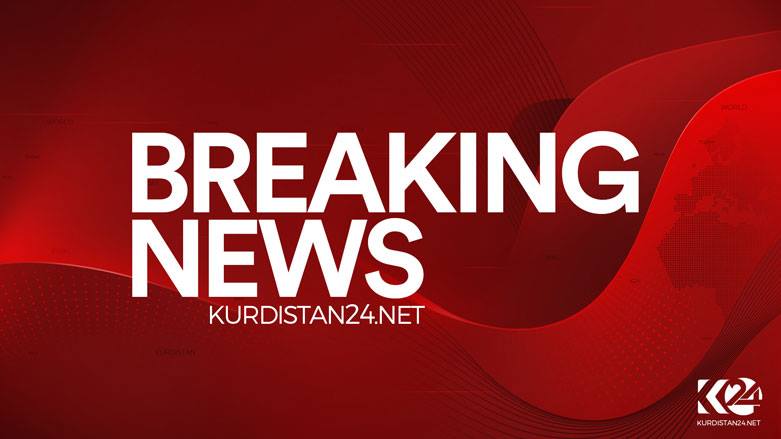 
Not surprising, but still outrageous.

If they're pushed back yet again, will the world press just treat is as normal -- as they've done so far?

You can't have a democracy without meeting an election schedule.

If you don't see the problem, you're not paying attention.

ALSUMARIA reports today that Parliament is insisting upon an environment conducive to elections.

When has Iraq ever had that?

But it gets worse, they're also talking about holding elections . . . in some provinces.

If the environment is judged non-conducive for elections (judged by whom?), then some provinces will not be allowed to vote.

That's not how you hold elections -- not free and fair elections.

As usual, no where to be found.


Sunday, Speaker of Parliament Salem al-Jubouri presided over a meeting of the political blocs to firm up the proposed law for the upcoming elections. 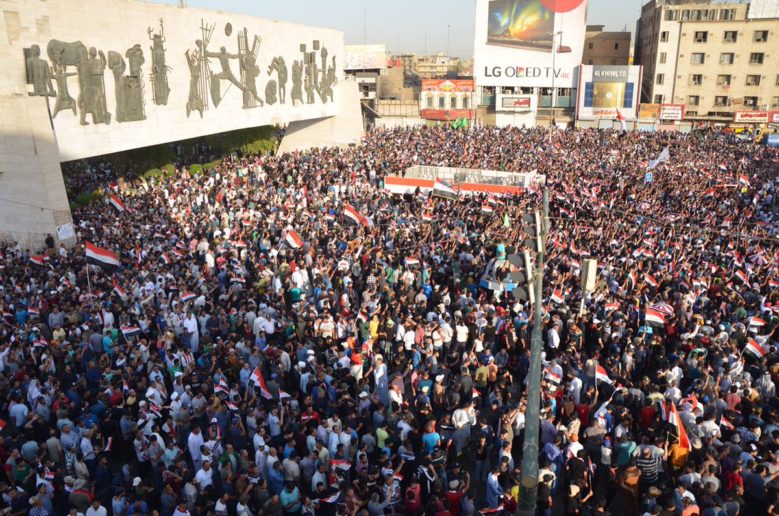 On the topic of Moqtada al-Sadr, Saturday RUDAW reported:


A spokesperson for Iraq's Shiite Hashd al-Shaabi rejected a call by firebrand cleric Muqtada al-Sadr on Saturday who said that the Hashd forces must come under state control and be incorporated into the regular army.

“The Hashd al-Shaabi should function under the command of the state,” Sadr said in a video address to demonstrators who had gathered at Baghdad’s Tahrir Square at the cleric’s call. “And weapons should be in the hands of the state too.”


In response to Sadr's call, Ahmed al-Assadi, spokesperson of the Shiite paramilitary said the Hashd will not be dismantled as it is a main part of the Iraqi armed forces.


No sooner did the Shi'ite militas speak for themselves than Hayder al-Abadi rushed to weigh in.  Alexander Simon (STANDARD REPUBLIC) explained:

Speaking to supporters on Friday، al-Sadr called for dissolving the militia and merging its fighters in the Iraqi army.
“The Hashd al-Shaabi…is for Iraq and will not be dissolved،” al-Abadi said in a conference in the capital Baghdad.
“The next phase after liberating the land from ISIL is the battle of the unity of word،” he said.

The Hashd al-Shaabi militia was established in 2014 with the avowed purpose of fighting the ISIL terrorist group، which captured vast swathes of territory in northern and western Iraq.


The militia has long explained that they report to Iran, not to Hayder.  Insiders have long noted that Hayder can't control them.  But elections are around the corner and Hayder's not going to rock the boat.  In part, this is why Shi'ite cleric and movement leader Moqtada al-Sadr has become -- again -- such a prominent figure in Iraq.  ALJAZEERA notes, "Sadr, an anti-American figure, commands a large following among the urban poor of Baghdad and the southern cities, including Saraya al-Salam, or Peace Brigades militia. He is now seen as a nationalist who has repeatedly called for protests against corruption in the Iraqi government, and his supporters have staged huge protests in Baghdad calling for electoral reform."


As Hayder struggles to hold onto the post of prime minister, Iraq remains awash in corruption -- and in the debt stealing money from the government leaves behind.  XINHUA reports:


Iraq is promised to get a loan of 195 million U.S. dollars from Japan to develop a thermal power station in Basra province, said an Iraqi government statement Saturday.
The loan was signed during a visit to Iraq by Japan's State Minister for Foreign Affairs, Kentaro Sonoura, who met Prime Minister Haider al-Abadi on Saturday, the statement said.

Iraq needs external financing to plug a budget deficit of approximately 25 trillion Iraqi dinars (21.44 billion dollars) for this year as it grapples with lower global oil prices and costs associated with the fight against Islamic State.

Corruption and internal political rifts could be factors weighing on the economy of OPEC-member Iraq, a report from Moody's Investors Service said.
Moody's gave Iraq a Caa rating, its third lowest. Entities rated Caa are exposed to "very high" credit risks. The report found Iraq was well-endowed with oil wealth, but lacks economic growth opportunities from other sectors.
Iraq is a member of the Organization of Petroleum Exporting Countries (OPEC) and party, albeit reluctantly, to a multilateral effort to stem production in order to balance an oversupplied market for crude oil. According to secondary sources reporting to OPEC, production in June, the last full month for which data are available, was 4.5 million barrels per day, an increase of more than a half million barrels from the previous month.
Oil represents half of its gross domestic product, nearly all of its exports and accounts for 90 percent of government revenue.

The three-judge panel of the U.S. Court of Appeals for the District of Columbia Circuit ruled that the trial court "abused its discretion" in not allowing Nicholas Slatten, 33, of Sparta, Tenn., to be tried separately from his three co-defendants, even though one of them said he, not Slatten, fired the first shots in the civilian massacre.
In a split ruling, the court also found the 30-year terms of the others convicted of manslaughter and attempted manslaughter — Paul Slough, 37, of Keller, Texas; Evan Liberty, 35, of Rochester, N.H.; and Dustin Heard, 36, of Maryville, Tenn. — violated the constitutional prohibition against "cruel and unusual punishment."


Some rushed to share -- something.  Not knowledge.  Not facts.  But something.


Asiam Rashid "esq'' isn't smart enough to Tweet.  The "Russians" (Americans) with Blackwater were there with permission.  You may not like it but they were.  I don't believe they were found innocent.  I believe that the verdicts were overturned.  Will there be new trials?  There may be.  But the reasons they were overturned were legitimate.  Sorry.

That's not saying the Blackwater employees are innocent.  We covered this in real time.  I don't believe they were.  We called out Gwen Ifill for laughing at it on WASHINGTON WEEK -- we were the only ones who objected to that -- in real time or after.

Who was the little MCCLATHY whore who Tweeted love to Gwen because you didn't have to straighten your hair on WASHINGTON WEEK?  (Yeah, I remember who it was too.)

She spent all that time in Iraq but what it came down too for Hannah Allem was hair and make up.

The agreements the State Dept entered into with those employees pretty much always meant they'd walk.  And we noted that in real time.

Do I believe the four were guilty?

Do I believe a legal case was made against them?

If the verdicts were going to be overturned (and that was pretty much guaranteed), at least the shock and revulsion can be used.  IRAQI NEWS reports:

An Iraqi parliament committee will meet with Prime Minister Haider al-Abadi to inquire about the veracity of rumors about the return of notorious security company Blackwater for work in Iraq.
The parliament’s Security and Defense Committee said Monday it was going to seek more information about the activities of U.S. security companies operating in Iraq.

Committee member Niazi Meamaroglu told Almaalomah website that a meeting will be held with Abadi to inquire about the truthfulness of reports that the government had contracted Blackwater,  a private security company whose contractors opened fire at civilians in central Baghdad in 2007, leaving 14 dead, including women and children.

As for what the USA did to Iraq, 'esq,' there's more than enough outrage to go around but this will always be near the top.

Lionel‏ @LionelMedia  1h1 hour ago
Dramatic increases in infant mortality, cancer and leukaemia in the Iraqi city of Fallujah, which was bombarded...
1 reply4 retweets3 likes