Barack is a huge disappointment

It has sadly become all about the money.

Maybe it always was that way?


Margaret Kimberley‏ @freedomrideblog  23h23 hours ago
.@jimmy_dore Why did Obama take the $400k? To defeat any hint of progressive politics.
0 replies3 retweets9 likes


We have no heroes, only people eager to cash out.

I do not know what to say about this.

I was not a fan of President Obama.

I called him out regularly here.

But I tried to believe that he made different choices than I did out of different views and that he was still an honest person.

Or as honest as a president can be.

Now I see he was always corrupt.

The 2008 campaigning Barack Obama would never have done this.

Or at least the image he promoted would not have.

He is a huge disappointment even to non-fans.

Tuesday, May 3, 2017.  Chaos and violence continue, The Mosul Slog continues, more US military involvement in Iraq has taken place than was previously publicized, and much more. 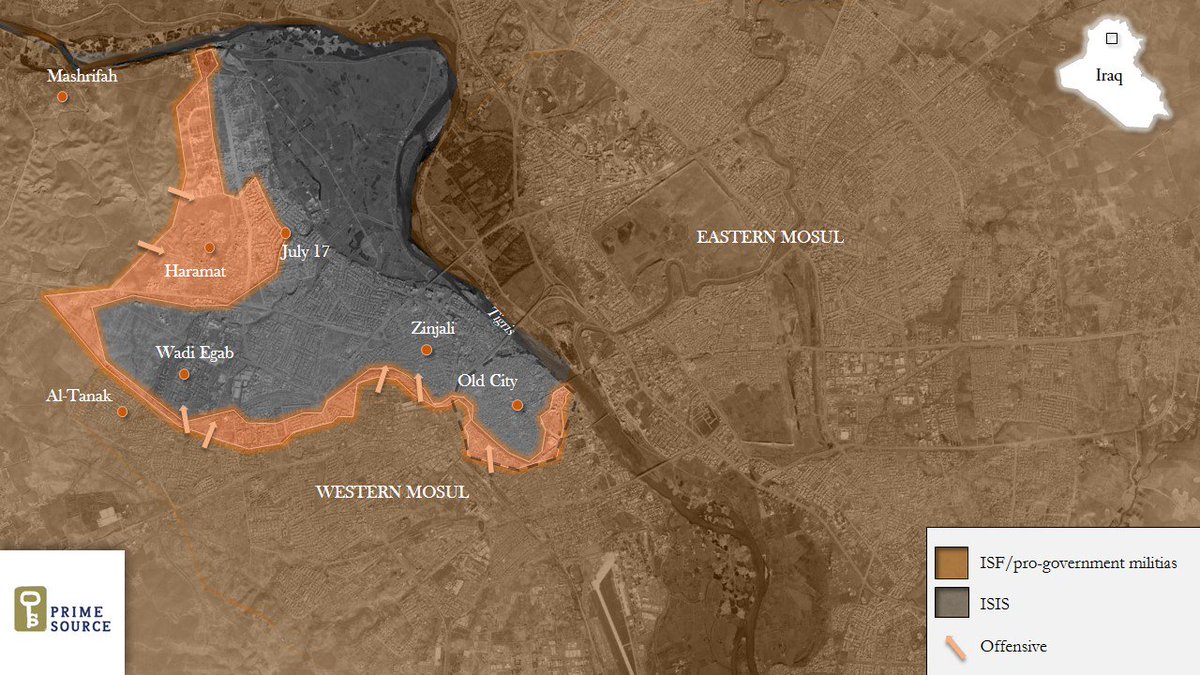 It started in October of last year.

It was supposed to take a matter of weeks.

Over half a year.

And still it continues.


Not much concerns for civilians in Mosul -- even though they're the supposed reason for the action.

But if you were really concerned about civilians, you wouldn't wait over two years to try to liberate the area (Mosul was seized by the Islamic State in June of 2014).


And if you were really concerned about civilians, you wouldn't instruct them to remain in Mosul.

MSF Southern Africa‏Verified account @MSF_southafrica  2h2 hours ago
“Life in #Mosul is indescribable, there is hunger, fear, people have been kidnapped & tortured” Ayman whose wife is a patient @MSF's clinic. 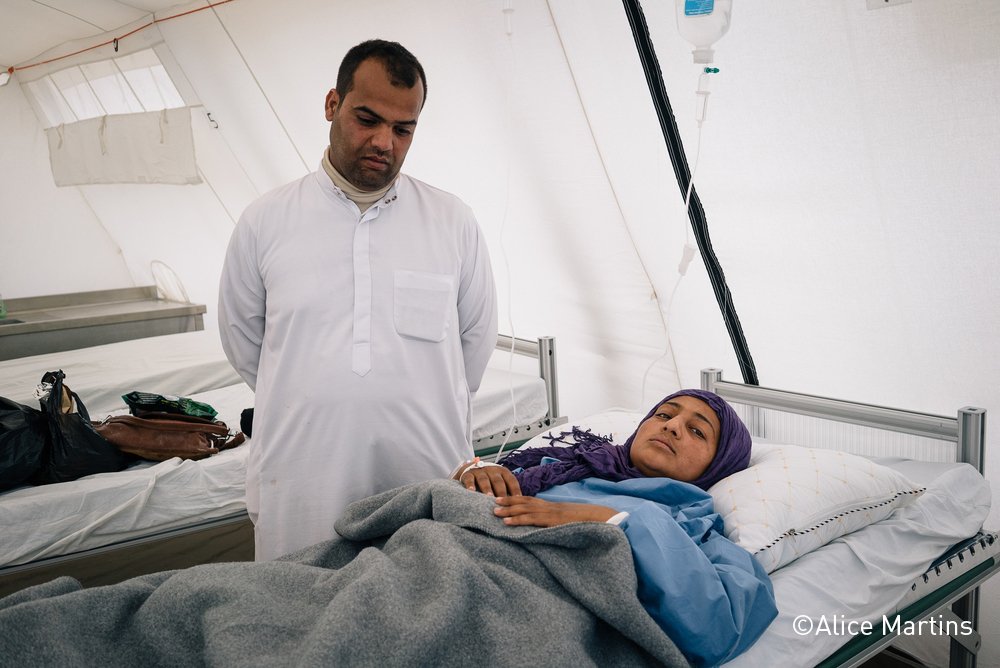 
Bombs dropped on Mosul have destroyed it and killed many.


Those not dead will be left to rebuild.


As we've seen throughout the Iraq War, reconstruction funds don't go where they're needed in most cases but -- on those rare occasions where they do go to the right place -- they are used for cheap, inferior and shoddy buildings.


The Iraq War continues.  As does the US military involvement.

Yet some still pretend Barack ended the war.

Elements of a nine-month Middle East crisis response task force deployment that ended in December were dispatched on “specialized missions in Iraq,” and one such mission, known as Task Force Whiskey, called for a company-size unit of Marines to insert near Erbil — 50 miles southeast of Mosul — according to Military.com’s Hope Hodge Seck, who first reported on this story.
“We were the only one that could respond to it quickly enough to get forces into country, up near Erbil, to conduct that mission,” Lt. Col. John Bossie, the task force operations officer, told Military.com.


The commander of the crisis response force rotation and its 5th Marine Regiment headquarters element, Col. Kenneth Kassner, declined to go into detail about the precise mission of Task Force Whiskey, but said it was reconnaissance in nature. In total, the tasking lasted 90-100 days, officials said, putting it inside the threshold for temporary troop presence and meaning the Marines did not need to be counted against the U.S. troop force management level, or maximum end strength in the country.
"There were many occasions such as this one: A task would come through [U.S. Central Command] to [Marine Corps Forces Central Command], and as different forces then conducted their own feasibilities of support -- more often than not, it was the special purpose MAGTF, or in concert with our [Marine Expeditionary Unit] colleagues on the ship that were able to respond to these emerging crises now," Kassner said.

Pretending also takes place regarding where ISIS is.

It's not just in Mosul.

It's returned to Anbar, for example.


Meanwhile, AP reports, "An American company that was paid nearly $700 million to secure an Iraqi base for F-16 fighter jets turned a blind eye to alcohol smuggling, theft, security violations, and allegations of sex trafficking -- then terminated investigators who uncovered wrongdoing, an Associated Press investigation has found."


Yesterday, the always ridiculous Christiane Amanpour whored her way through another interview, this time with fellow War Hawk Hillary Clinton.  They talked about women -- or, rather, some women, as the Tweet below notes.

For those unfamiliar with just how whorish Christiane is, stream THREE KINGS and grasp that Nora Dunn's Adriana Cruz is based on Amanpour.


It's this whorishness that lets her interview Hillary -- someone who should be off limits to Christiane since her weak chinned husband James Rubin is so tight with Hillary and has worked for Hillary.

But if ethics were applied, Christiane would have been drummed out of journalism long ago for her fanciful and fact-free accounts not to mention her 'objective' role in demanding war on Syria for years now.

War Hawk Christiane is one of those War Hawks who uses any lie to pimp war.  (As long as it is waged by one of her personal friends.  She can object when it's headed by someone she dislikes personally.)

She's just a disgusting War Hawk who tries to trade on her gender but did nothing for women around the world -- especially Iraqi women.

Trashy Hillary Clinton could pimp Iraq as a business opportunity.

But the alleged 'feminist' couldn't and wouldn't do a damn thing for Iraqi women.


This is most obvious in the e-mails WikiLeaks published this week.

We attempted to raise the issue of women's participation in the Iraq government, in their economy and more broadly when Biden was just in Baghdad.  Jeff Feltman was trying to get it into the conversations there.
You will recall the comments of the Iraqi who participated in the NGO meeting with you in Doha about how the door has been closed to women in the government.  We have had many discussions with impressive Iraqi women over the last couple years, and to a person they describe their fate as worse now than years ago.  Yet without them it will be even harder for Iraq to move forward.  To that end, we have been working with post on a action plan along the lines of the National Action Plan on women, peace and security, you will launch next week.
I hope you will find a way to raise the "women's issue" in your discussion tom'w.

And what does the 'great feminist' of all time, the woman with the highest cabinet position in the administration respond:

I raised women's issue w Maliki and Zebari.  Can't say either of them seemed interested.  But, we'll keep trying -- as always!


What a brave feminist Hillary I'm It For Myself Clinton is.

Verveer, at the time she e-mailed Hillary, was the Ambassador-at-Large for Global Women's Issues.  She had previously, in the 90s, served as First Lady Hillary's Chief of staff, and, in 2001, she and Hillary created the Vital Voices Global Parternship.


Hillary never used her platform as Secretary of State to publicly encourage Nouri al-Maliki or Hoshyar Zebari (her Iraqi equivalent at the time, Foreign Minister).  Nor did she use her platform to publicly shame either man.


She did, however, use her platform to repeatedly praise Zebari -- a man whose actions never warranted much praise at all.


To that end, we have been working with post on a action plan along the lines of the National Action Plan on women, peace and security, you will launch next week.

But she never mentions Iraq.

In her approximately 4,500 word speech, she never once mentions Iraq.

Helping the women of Iraq didn't, she believed, help her.


And like so many faux feminists, What's In It For Me Hillary has always defined her own self-interest as feminism.

Like Maria Said Paz
Tell the truth
10 hours ago