Whatever Happened to Baby Michael Avenatti?


Isaiah's THE WORLD TODAY JUST NUTS "Impeach Me If You Can" went up last night. 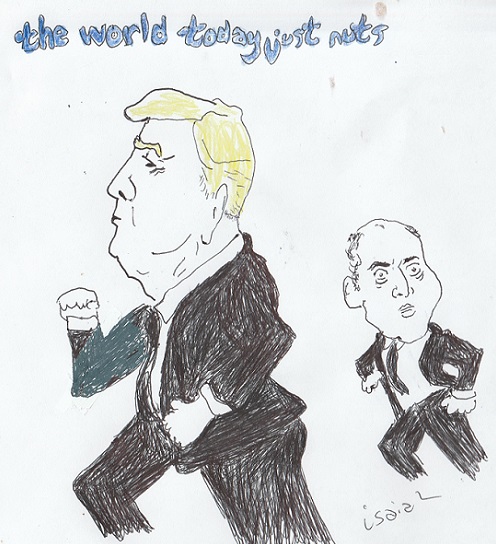 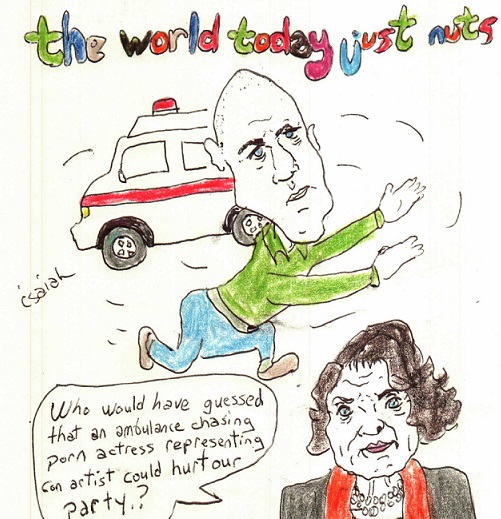 You know where Michael Avenatti is now, right?

Mike Davis‏ @mrddmia Jan 20
Dear @MichaelAvenatti: Thanks again for helping us confirm Justice Kavanaugh. We couldn’t have done it without you. Should I ship your weekly carton of cigarettes to your new address below? New York Metropolitan Correctional Center 150 Park Row New York, New York 10007 #Basta 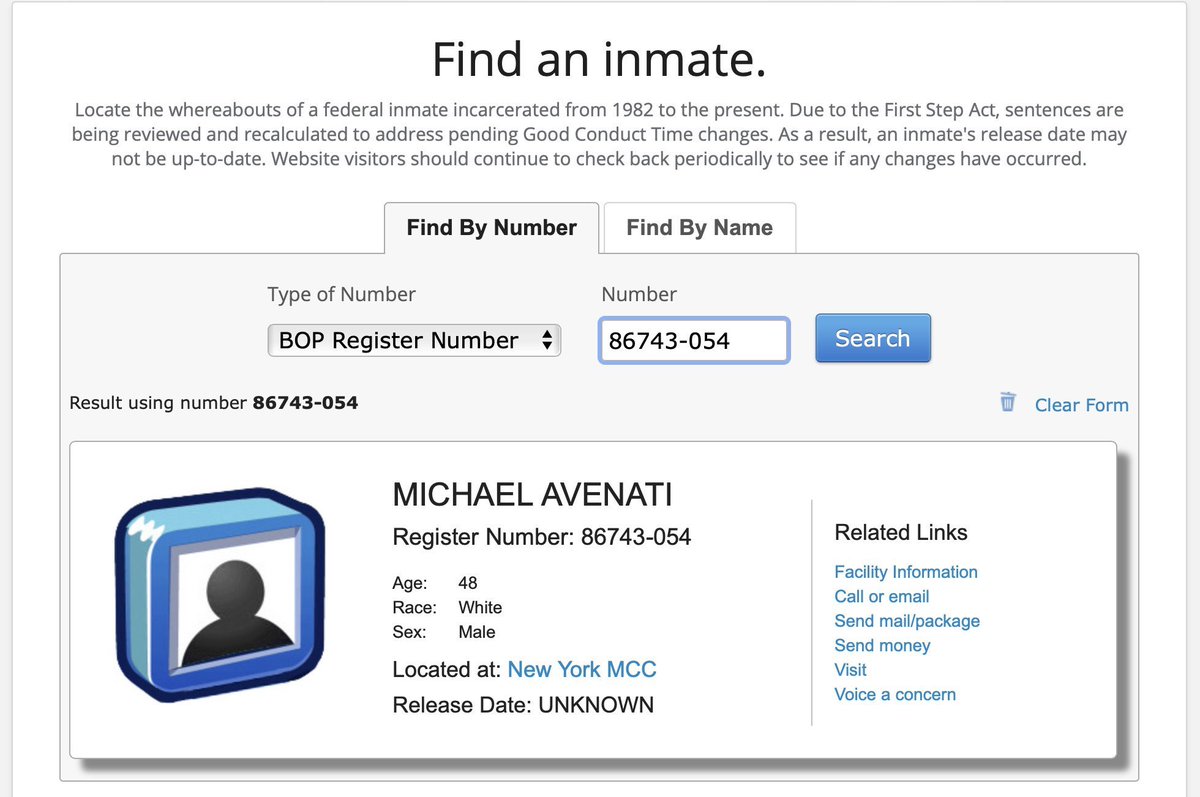 
Here is a listing of Mr. AVenati's accomplishments:


He was always trash that was going to harm the party.  But people rallied around him, remember?

Greg Price‏Verified account @greg_price11 Jan 21
Don't let the impeachment trial distract from the fact that Michael Avenatti is currently sitting in El Chapo's old prison cell just one year and a half after Ana Navarro compared him to the Holy Spirit on the View
54 replies399 retweets2,069 likes


He thought he was going to be our nominee for president in 2020.  But the year rolls around and he is not campaigning, he is too busy behind bars.


Thursday, January 23, 2020.   War Hawk Joe Biden starts showing the stress as he continues trying to run from his own record, protests continue in Iraq, another protester has been killed, and much more.


Starting in the US where the race for the Democratic Party's presidential nomination continues.  As Elaine noted in "It cries" last night, when not sobbing on TV, War Hawk Joe Biden can be found these days attacking the press.  Yesterday, he got 'handsy' with CBS NEWS' Ed O'Keefe.

“Yesterday you... accepted Bernie’s apology. Now you’re attacking him... Why wasn’t his apology enough?” CBS’ Ed O’Keefe asked Joe Biden. “Why, why, why, why, why, why? You’re getting nervous, man. Calm down!” ~ @JoeBiden is losing it.

‘What in the hot mess was that?’ Joe Biden gets ‘very close to fully freaking out on’ CBS News’ Ed O’Keefe over question about Bernie Sanders [video]
0 replies0 retweets0 likes 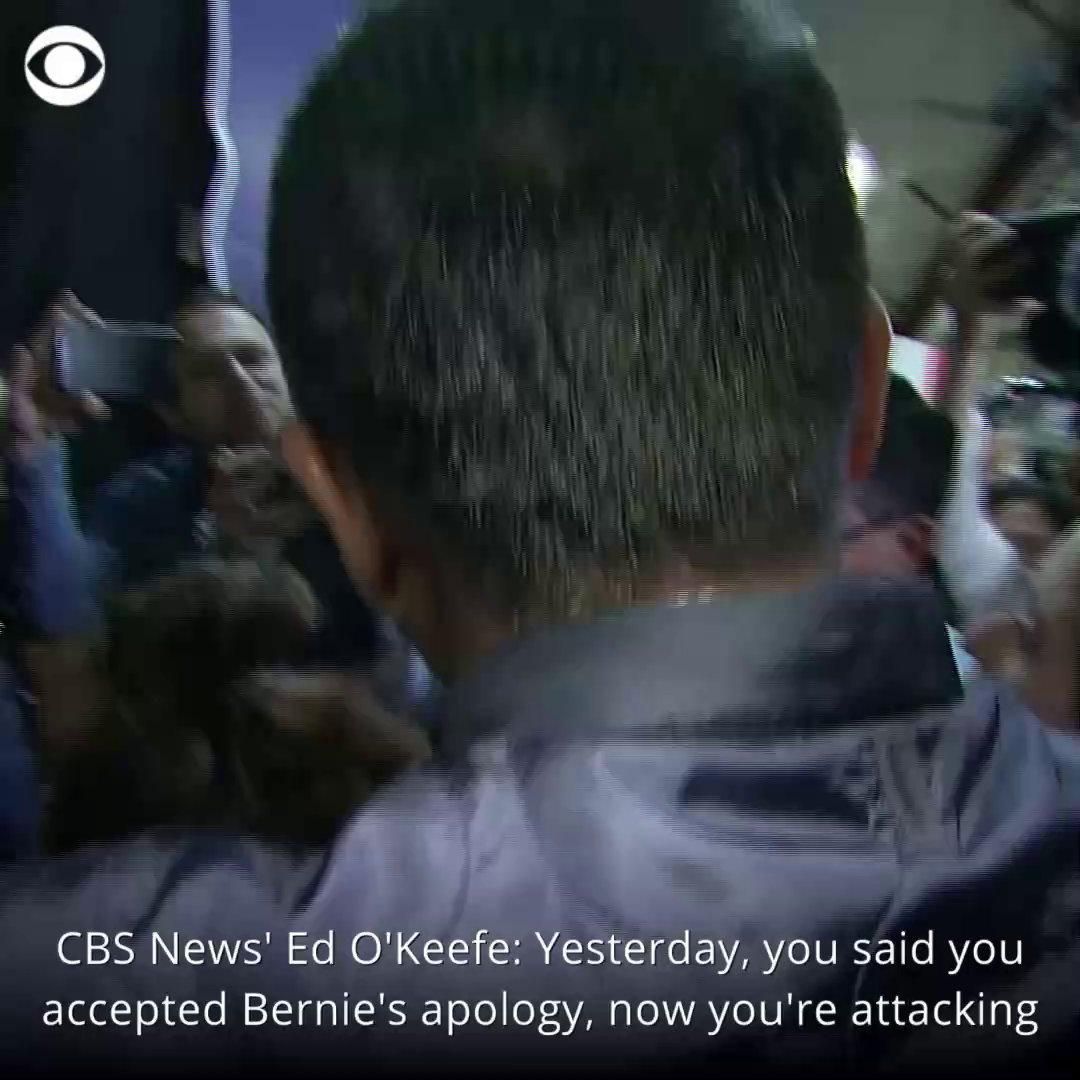 0:34
Joe Biden is a Racist @BethLynch2020
Is Joe Biden okay?
Show this thread
1 reply0 retweets1 like

WATCH: After a campaign event in Mason City, Iowa, @joebiden reacts to @edokeefe's question about his ongoing feud with @berniesanders: "Calm down, it's okay." cbsn.ws/2Gf9oLM
/>


It's not a good time to be Joe Biden.  Even with all the efforts on the part of the media to spin things Joe's way, the wheels are coming off the cart.  Joshua Cho (COMMON DREAMS) notes:

Here’s something many Americans would be very interested to know: Is a leading candidate in the Democratic primary a liar? And since a strong majority of Americans have consistently opposed cuts to Social Security, the country’s most successful anti-poverty program, Democratic voters in particular might be interested to know if a President Joe Biden would try to cut Social Security.
Former Vice President Biden has supported cuts to Social Security for 40 years, and is on the record for saying things like:


When I argued that we should freeze federal spending, I meant Social Security as well. I meant Medicare and Medicaid. I meant veterans’ benefits. I meant every single solitary thing in the government. And I not only tried it once, I tried it twice, I tried it a third time, and I tried it a fourth time.

When Biden was running for president in 2007, he declared his willingness to oppose the US public when he boasted that he would ignore his advisers’ advice not to “touch that third rail,” and even released a plan to cut Social Security under the guise of raising the retirement age.

So when Bernie Sanders’ campaign released a video of Joe Biden’s statements reiterating his desire to cut Social Security, a program that benefited 64 million Americans in 2019, and is the major source of income for most elderly Americans, shouldn’t media headlines reflect this? And if many of these outlets openly acknowledge that Biden’s claim that the video was “doctored” isn’t true, don’t they have a journalistic obligation not to launder the Biden campaign’s false talking points?


Surveying Joe's long history regarding Social Security, Max B. Sawicky (IN THESE TIMES) concludes, "In summary, there should be no doubt that Joe Biden has long advocated cuts to Social Security."  It's a tough time for Joe as his supporters in the media appear unable to carry him across the finish line.  The truth is hurting Joe's chances at (a) fooling the American people and (b) locking down the party's presidential nomination.  Jon Queally (COMMON DREAMS) explains:


After Joe Biden's campaign Tuesday night released an online video accusing the campaign of Sen. Bernie Sanders of unleashing a "barrage of negative attacks" and "not telling the truth"  about the former vice president's record on Social Security, the hashtag #TelltheTruthJoe began trending on social media and Sanders himself shot back by saying: "Let's be honest, Joe. One of us fought for decades to cut Social Security, and one of us didn't. But don’t take it from me. Take it from you."
Characterizing the Biden campaign video as "the first negative ad of the 2020 Democratic primary," Sanders campaign manager Faiz Shakir, in a statement, said it was important for people to understand why it was being released now.
Biden, said Shakir, is "trying to distort his decades-long record of proposing and voting for cuts to Social Security benefits for millions of people." According to Shakir, the well-documented history shows that "Biden is no defender of Social Security, and a negative ad won't help him outrun his record."

To again bolster their case, the Sanders campaign released detailed fact sheet (pdf) as well as a new video of their own detailing Biden's long history of calling for Social Security cuts and espousing his willingness—across numerous decades in Congress and during his time in the White House with President Barack Obama—to work with Republicans on the effort. While Briahna Joy Gray, national press secretary for the campaign, noted early Wednesday morning the video had received over 1 million views in a matter of hours since it was released, as of this writing the figure was much closer to 2 million[.]

Joe can't run from his record and it's a very, very sad record.


🔥A NobodyforBernie2020 🔥RegisterToVote 🔥 Retweeted Meagan Day
In 2010, Joe Biden's brother's construction firm received a $1.5 billion dollar government contract to build homes in Iraq while Joe was overseeing the US led occupation of the country. This is corruption and war profiteering. Plain and simple. #TellTheTruthJoe
🔥A NobodyforBernie2020 🔥RegisterToVote 🔥 added,

Replying to @charliekirk11
Biden's brother received 1.5 Billion to build homes in Iraq during the time Joe Biden was Vice President and placed in charge of the reconstruction of destroyed housing, buildings and utilities. The Brother had no experience in these field.
17 replies98 retweets204 likes

Joe "Hair Sniffing" Biden has the nerve to call videogamers "Little Creeps?" and says "games teach people to kill." You know what @joebiden? No one ever died from Mortal Kombat. 100,000 civilians died from your Iraq War vote. Spare us the lecture.
93 replies484 retweets1,895 likes 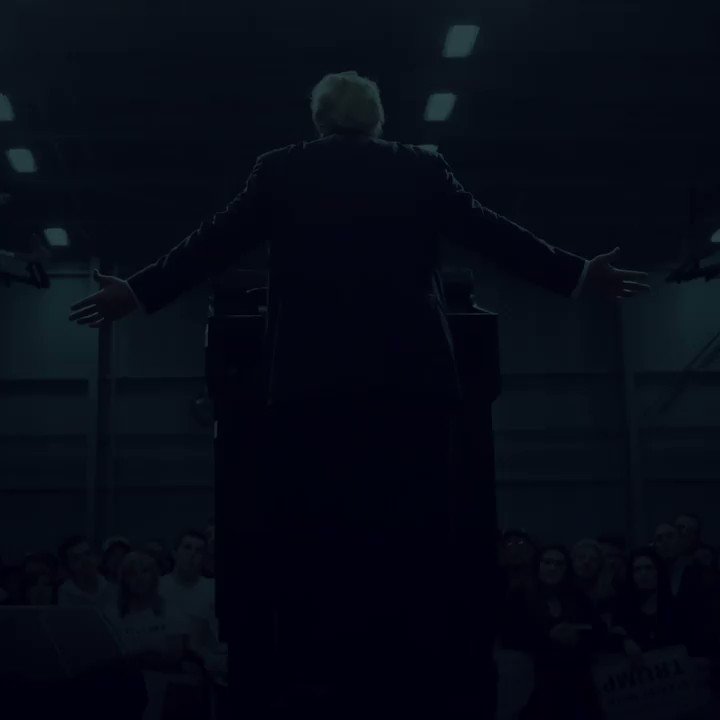 
NEW: I did a deep dived into Biden's comments on the Iraq War – how he defended his vote after the war began. In a speech in 2004, Biden defended his vote saying U.S. had to go into Iraq even though there were no WMDs, terror ties, or imminent threat.
54 replies222 retweets480 likes


Here for the CNN's look at Joe Biden's record on Iraq.

Meanwhile, THE ANCHORAGE DAILY NEWS has a column by US Senator Lisa Murkowsski which notes:


As the United States is entering its 19th year of war in Afghanistan and Iraq, the presence of our troops in the respective regions can be out of sight and out of mind. All it takes is some attention, such as a breaking news story, for eyes and hearts to turn back to remembering the dangers our men and women in uniform continue to face. The attacks on U.S. military bases this month reminded the nation we still have troops on the ground and their lives were in imminent danger.
In the last couple of weeks, our U.S. Embassy in Iraq was under attack, Iran-backed militias were responsible for the death of an American contractor, and most recently, more than a dozen missiles attacked Iraqi-U.S. bases housing our troops. Out of the roughly 5,000 U.S. troops deployed in Iraq, more than 2,000 are from Alaska. Between the Stryker Brigade out of Fort Wainwright and the Alaska Guard Rescue Squadron from Joint Base Elmendorf-Richardson, our Alaska troops have a large presence in the region and are key contributors in supporting Operation Inherent Resolve in an effort to eliminate the Islamic State in Iraq and Syria.

Alaska soldiers were in charge of fence and base exterior security at Al-Asad. The night before the missile attacks, the base commander ordered troops to bunker and lock down the bases. Some units were able to evacuate with their aircraft while others sought shelter in hardened buildings or bunkers. However, many of the Alaska soldiers were to remain on the fence to ensure base security during the attack and sheltered in their vehicles.


After the attacks, commanders sought accountability of their troops and checked for casualties. The Explosive Ordnance Disposal, or EOD, teams conducted sweeps to ensure no units remained unexploded. Afterward, they began the clean-up process to remove rubble, destroyed buildings and equipment.

Paratroopers from Fort Bragg's 82nd Airborne Division will be protecting the U.S. Embassy in Iraq, officials said.
The 82nd soldiers will take over security at the embassy in Baghdad from the Special Purpose Marine Air-Ground Task Force Crisis Response, a U.S. Central Command spokesman said. An element from the division's Immediate Response Force brigade will be assigned to the embassy, according to a statement released Tuesday by the spokesman.

The statement did not give details of when the paratroopers will go to the embassy or how many of them will go.


AFP reports on the continuing protests in Iraq:

An Iraqi demonstrator was shot dead in the southern city of Basra overnight, a security source and the human rights commission said Thursday, the latest in a string of protester deaths.
[. . .]
It was the second straight night a protester was gunned down in Basra. Female activist and paramedic Janat Madhi, 49, was killed the same way late on Tuesday.
The deaths bring this week's toll to 12 demonstrators killed, according to the Iraqi Human Rights Commission, a state-funded monitor which reports on protest violence.
An Iraqi boy cries during the funeral for a female paramedic and activist, Janat Madhi Hussein, who was shot dead in #Basra @AFPphoto by @Hussein_Afp #IraqProtests


Isaiah's THE WORLD TODAY JUST NUTS "Impeach Me If You Can" went up last night.  The following sites updated: