Aaron Maté‏Verified account @aaronjmate 1h1 hour ago
Aaron Maté Retweeted Jeremy Herb
If I may try translate: Nothing that Warner heard today offers him any evidence of a Trump-Russia conspiracy, which is why two years later he still can’t say that he’s found any & that his search for it only “*may be* the most important thing.”
Aaron Maté added,
Jeremy HerbVerified account @jeremyherb
Warner stops at Cohen stakeout: "Two years ago when this investigation started, I said it may be the most important thing I’m involved in in my public life in the Senate. Nothing I heard from today dissuades me from that…
5 replies9 retweets42 likes

All the time, energy, and morning wasted on this nonsense. 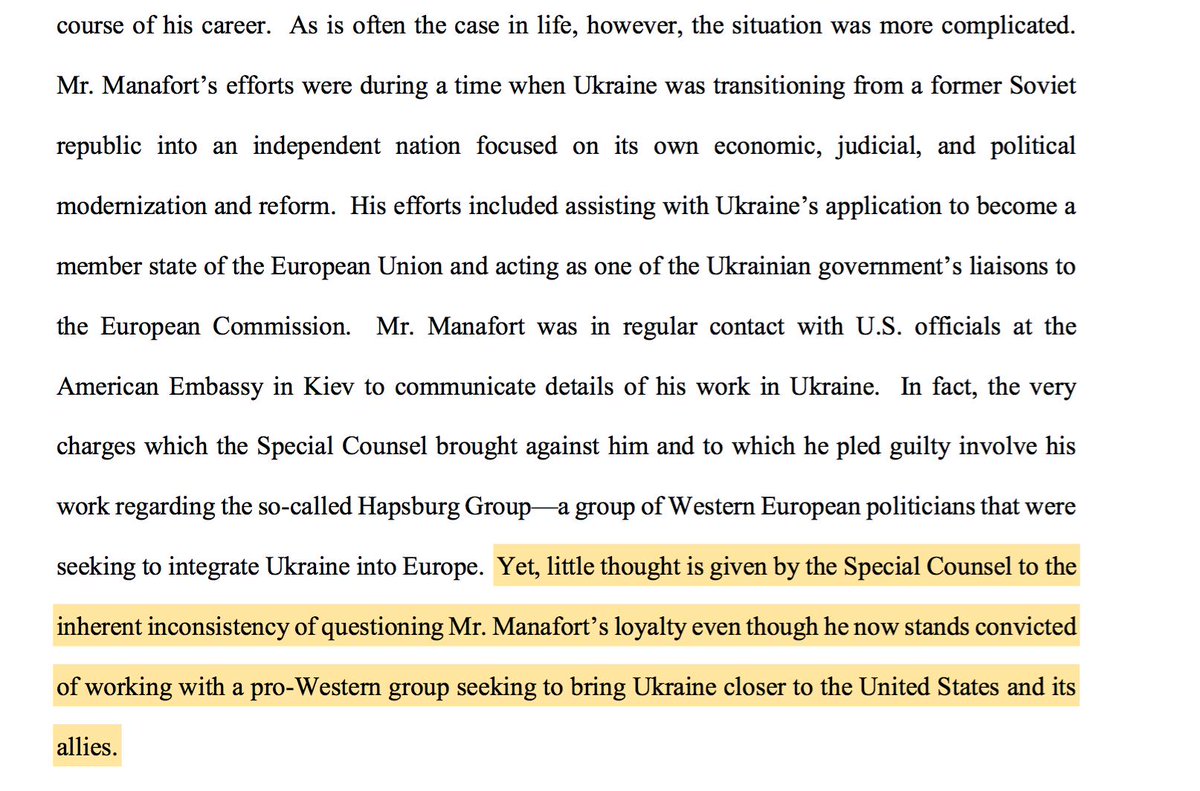 Aaron MatéVerified account @aaronjmate
Manafort's attorneys, accurately: Mueller cases "do not charge him with anything related to Russia collusion or to the presidential campaign." Also, "he now stands convicted of working with a pro-Western group seeking to bring…
Show this thread
0 replies16 retweets27 likes


Tuesday, February 26, 2019.  Violence is on the rise in Iraq and Nouri's plotting and scheming to be the prime minister again.

The Knight Media Forum is the most important annual gathering of journalists, funders, information theorists and others interested in the future of the news media in this country.

And this year its mission is more crucial than ever, as trust in the media continues to decline, as local newsrooms shrink, as news deserts expand and as the threat these changes pose for democracy becomes abundantly clear.

The Knight Media Forum will be convening leading experts at both the local and national level to explore solutions to assure that all citizens receive accurate, reliable news and information that serves the needs of their diverse communities.

Detroit Public TV will be live streaming the conference on February 26-27 and providing it to organizations free of charge.

Should any of the above not work, remember to check Detroit Public TV where the forum will be streamed live.


This morning, XINHUA reports, "At least three people were killed and three others injured Tuesday in a roadside bomb explosion in Iraq's western province of Anbar, a provincial police source said."
This attack takes place as violence is already on the increase in Iraq.  EGYPT TODAY reports:

Fatwa monitoring observatory stated Monday that Iraq topped the countries that witnessed the largest number of terror attacks during the third week of February, totaling nine attacks carried out by IS group.

According to the observatory, the attacks targeted Iraqi security forces in Nineveh city, and ranged between armed attacks, explosions, kidnapping, executions, bombings and landmines. The attacks killed two officers, and 12 Iraqi citizens, including five security personnel.


CODESTINK, meanwhile, is trying to work up attention over their meeting with an official in Iran (an official who has since resigned).

The useless pieces of trash -- that's what you are ladies.  You fund raised off Iraq.  I'm counting 25 of your Tweets back (not reTweets) and not one focuses on Iraq.  You went to Iran.  Am I supposed to be impressed?  You didn't go to Iraq.  You never do.

Youu do useless hunger strikes which is the last thing women need. All of your actions are useless.  You hate Donald Trump so suddenly you're back.  Where were you when Barack was in the White House?

CODESTINK is a place for worthless whores who do nothing and who lack the fortitude to stick with any cause for more than 30 seconds.  If you want to read what they 'feel' happened in Iran, go for it.  I don't trust them.  I don't trust them to stay with a cause.  I also don't trust their 'feelings' about evetns that take place.  It's a ridiculous and unsourced article.  Oh, 91% supported a deal a few years back now a little over 50% do?  Based on what?  A government official told you that?

There's not an honest sentence in their own write up.

What a sad bunch of aging freaks who failed to commit to anything.  Even the Raging Grannies expressed disappointment in CODESTINK and read any of their (in)actions today and you'll see why.

Medea's not getting the attention she so requires.  Maybe she'll return to crying about being pie-ed in what has to be one of the funniest moments of the last ten years.  No one ever deserved a pieing as much as fake ass Medea.

They flew to Iran and apparently couldn't make it over to neighboring Iraq.  What a joke they have become.

Earlier this month, Iraq’s paramilitary group raided the home of and arrested one of its own — a prominent and long-time paramilitary leader, Aws al-Khafaji. The Popular Mobilization Units (PMU) — an umbrella organization of about 50 predominantly Shia paramilitary groups — has initiated a crackdown on groups.
The purging reveals an emerging reality in Iraq: the paramilitary groups that fought together against ISIS are competing against each other for power, legitimacy and resources. In this process, the PMU is further institutionalizing by centralizing power over the disparate groups that fall within its umbrella. This competition has profound implications for stability in post-ISIS Iraq — and for how we should understand its emerging state.
The PMU was created in response to the rise of ISIS in 2014. While Iraq’s armed forces remained in disarray, the PMU brought together paramilitary organizations that quickly recruited thousands of volunteers to fight ISIS. Groups within the organization hold varying ideologies and sources of emulation, but the senior leadership maintains strong links to Iran.
Recently, the senior PMU leadership has embarked on raids and purges from within its own ranks to consolidate and centralize power and institutionalize the organization. This process is the PMU’s attempt to clean up its image by taking more control over groups that commit violations. In a recent interview, PMU leader Abu Mehdi al-Muhandis said that certain paramilitary groups were committing violations and should be dealt with. The PMU accused Khafaji’s organization of being one of these groups.
During the fight against ISIS, Khafaji remained loyal to the senior PMU leaders and their Iranian allies and often spoke on behalf of the PMU. As that battle wound down, he began criticizing Iranian interference in Iraq. He also stood against the killing of his cousin, Iraqi novelist Alaa Mushthoub, who was gunned down in Karbala. He and many Iraqis believe that the gunman was linked to the PMU. To them, the novelist was targeted for his secularism and sustained critique of Iranian Supreme leader Ayatollah Ali Khamenei.
The PMU’s internal divisions are part of a wider intra-Shia struggle for power that dominates post-ISIS Iraqi politics. Following last summer’s elections, this fragmentation produced two competing Shiite blocs in parliament for the first time since 2003.
On one side of the internal Shia Islamist struggle, a conservative group is led by the senior PMU leadership (referred to as the pro-Khamanei group), with allies such as the former prime minister and a vice president of Iraq, Nouri al-Maliki. This camp is close to Iran. On the other side, a reformist Shia Islamist group with leaders such as Muqtada al-Sadr and Ammar al-Hakim seeks to limit Iranian influence and the role of the PMU in politics.
Further exacerbating the divide, a rivalry has emerged from within the conservative camp itself. Following the summer’s elections, factions within this group competed for a limited number of cabinet posts in the new government. The Fateh alliance, the electoral wing of the PMU, was unable to match each PMU leader’s expectations with the ministerial posts available to them.


This development isn't at all surprising.  We repeatedly noted before Iraq liberated or 'liberated' Mosul from ISIS that, for the government of Iraq, it was the best period ever.

The common enemy meant various factions were forced to work together.

We repeatedly noted that during this time, the Iraqi government should be moving towards inclusion.  They didn't.  They wasted that entire period.

Now ISIS is not the threat that it was (ISIS remains active in Iraq and still holds a small are in Anbar).  And it's time for various groups that never got along to explore what their role will be.  Even with non-thugs, this is a natural process.

And former prime minister and forever thug Nouri al-Maliki has used the tensions well.  He wants to be back as prime minister and has done all he can do to nullify any progress or movement by the current prime minister.  That said, Adil Abdul-Mahdi is so inept that it's no surprise Nouri and others have been able to render him useless and to do so this quickly.  Mahdi cannot even fill the security posts of Minister of Defense and Minister of Interior.  Nouri has begun making noises about challenging Mahdi this spring.  It would most likely be a Constitutional measure such as a vote of no confidence in Parliament.  Nouri knows all about that because he almost faced that himself until the US government put pressure on then-Iraqi President Jalal Talabani.  Using powers not in the Constitution, Talabani discarded the petition.

Nouri is not dependent upon the US government at present.  His recent remarks praising President Donald Trump and shredding former President Barack Obama (see yesterday's snapshot) indicate that he may be attempting to court the current administration in an attempt to return to power with the help of the US government but, with or without its help, Nouri is plotting his return.


Iraq’s former prime minister, Nouri al-Maliki, stated on Sunday that the administration of ex-US President Barack Obama had played a crucial role in the creation of [ISIS] by allowing the terrorist group to occupy Iraqi territories en.farsnews.com/newstext.aspx?…
0 replies0 retweets0 likes

Trex44820‏ @trex44820 12h12 hours ago
Former Iraqi Prime Minister Nouri al-Maliki has for the first time divulged explosive secrets about how the United States supported [ISIS] and intentionally allowed the Takfiri terror outfit to gain power in Iraq so that Washington could creep back into the Arab country.
0 replies0 retweets0 likes

Iraq’s former prime minister, Nouri al-Maliki, told a local TV station on Sunday that the administration of ex-US President Barack Obama had played a crucial role in the creation of [ISIS] by allowing the terrorist group to occupy Iraqi territories,...
0 replies0 retweets0 likes

What US outlets are covering that?

They devoted themselves to Nouri al-Maliki for over seven years.  They only turned on him when Barack made his June 19, 2014 remarks.  Prior to that, Nouri was a god to them.  He was a thug but very few bothered to let you know that.  The US government was backing him so the US press felt that their job was to do so as well.

Now this man they treated like a god has declared Barack responsible for the rise of ISIS and the US outlets act as though they never heard of Nouri.

Before Nouri came to power, there was the Abu Ghraib prison scandal.  The Center for Constitutional Rights notes:


February 25, 2019
Court hearing Wednesday over torture at Abu Ghraib
This Wednesday, February 27, 2019 at 10 a.m., the Center for Constitutional Rights will argue before the United States District Court for the Eastern District of Virginia, urging the court to reject efforts by private military contractor CACI Premier Technology, Inc. to dismiss the lawsuit filed against the corporation for its role in the torture of prisoners at the notorious Abu Ghraib prison in Iraq. The Center for Constitutional Rights and co-counsel will oppose CACI's motion for summary judgment, motion to dismiss the lawsuit under the state secrets privilege, and motion to dismiss for lack of subject matter jurisdiction (Alien Tort Statute). After more than a decade, the case, Al Shimari v. CACI et al., is currently scheduled to go to trial on April 23, 2019.
Read the motions to be argued Wednesday on the Center for Constitutional Rights' case page.