Loretta Lynch is a liar

I trusted Loretta Lynch when she was Attorney General.  I was an idiot and she was a liar.


Early in the Hillary Clinton email case, the Department of Justice reached a decision that would have far-reaching implications in the FBI’s investigation into Clinton’s use of a private email server.

The Justice Department (DOJ), under then-Attorney General Loretta Lynch, decided to set an unusually high threshold for prosecution of Clinton, effectively ensuring from the outset that she would not be charged.
In order for Clinton to be prosecuted, the DOJ required the FBI to establish evidence of intent—even though the gross negligence statute explicitly does not require this.
This meant that the FBI would have needed to find a smoking gun, such as an email or an admission made during FBI questioning, revealing Clinton or her aides knowingly set up the private email server to send classified information.
Hillary Clinton was famously exonerated by FBI Director James Comey in a July 5, 2016, press conference, which immediately became the subject of controversy.
Notably, Comey had been convinced to remove the term “gross negligence” to describe Clinton’s actions from his prepared statement by, among others, FBI lawyer Lisa Page, FBI agent Peter Strzok, senior legal counsel Trisha Anderson, and FBI analyst Jonathan Moffa.
Because of Comey’s statement, many have mistakenly concluded that the FBI acted independently from DOJ influence in their investigation of Clinton. Congressional testimonies by high ranking FBI officials involved in the investigation reveal, however, that this was not the case.


Ms. Lynch lied and she schemed and she deceived.


"Maybe Cher's right and some women should be called..." is by Ava and C.I. and it takes on Janis Ian.

Monday, February 25, 2019.  We look at Rami's 'big' win, in Iraq we see Nouri al-Maliki blaming Barack Obama and in the US we wonder if it's time to impeach Republican Senator James Risch who refuses to schedule a hearing for Donald Trump's nominee for Ambassador to Iraq.


Miss Rami Regrets.  Starting with the Academy Awards (we always include the awards the day after).

His first sentence got an uncomfortable but polite response.  Then he mumbled and stumbled and gave a speech that might have worked at The Grammys where drug induced rambling is less shocking.  It was a speech about what exactly?  No one was sure

By the time he was talking about "Little Bubba Rami" and "his curly head little mind would be blown," there was a mood that a huge mistake had been made.

Yes, voters' remorse kicked in before the morning after.

"Miss Rami" was how he was dubbed at the after-parties.  My name's attached to that and I'm fine with that but it should be noted it was one of his Best Actor nominees who actually came up with it.

"Miss Rami went straight camp" is how that started.  Miss Rami pretends he played a gay man but a movie about a gay man wasn't what BOHEMIAN RHAPSODY offered.  It was camp -- weak, insipid camp -- the sort of camp you get when straight people do it.  No edge, nothing to really amuse.  Plodding.

Straight camp also worked because they made Freddie Mercury straight -- except when it was time to doom him.  If you found Jenny's storyline reactionary in FOREST GUMP, you still weren't prepared for what BR offered.

Miss Rami was nominated along with four actors.  Actors who created actual characters, inhabited them, characters that had something to say about the state of manhood.

Miss Rami also had nothing to say about masculinity.  Camp can.  It can be subversive.  But straight camp?  It's like Bob Hope mocking Native Americans or gay people.  It offers little of anything.  Frat boy posing maybe, that's about it.


Where does he go from here wondered one director?  He's just done a straight camp version of Patty Duke's Neely O'Hara, what else is there?  Maybe Bob Hope.

Barbra Streisand won an Academy Award for playing Fanny Brice.  Many women have won and been nominated for playing stars.  Men?  Not really.

So was it at least subversive, Miss Rami's win?  No.

We knew that wasn't going to be up on the big screen.

But we didn't realize that a bunch of little nothings, jealous of all their time in the shadows, would sign off on a film that made Freddie straight and treated his gay moments as the cause of his downfall.  A little homophobic morality tale.

Miss Rami was a joke.  At one of the four parities that I attended last night, Miss Rami was there.  Miss Rami was admiring his own reflection and appeared under the influence.  At one point, he wondered over to the table I was at.  He stood there for about 30 seconds trying to speak.  "Words are hard, aren't they?  When you don't have someone to write them for you, words are hard."

Everyone laughed but me.  I don't laugh at my own jokes.  Miss Rami did a sort of head nod/jerk and then wandered off.

Four deserving actors were nominated and the award went to the joke.  I didn't campaign for any of them.  I thought the four were equally brilliant in different ways.  I assumed talent would win out.  Goodness, was I wrong.

By the second party, the public stated -- not whispered -- consensus was a huge mistake had been made.  The Academy does make mistakes.  A friend, an actress, compared it to when Jill Clayburgh won for AN UNMARRIED WOMAN and her career was all downhill after.  True except for the part about her winning.  Jill lost.

Miss Rami won and no one knows what happens next.  Well, immediately, what happens is he returns to his USA TV show.  After that?

His scenes with Lucy Boynton were no more convincing than their 'performance' at the Academy Awards.  So we're dealing with a mimic who can't work well others.  Maybe Bob Hope is the next role for him?

Miss Rami won for playing a passive celebrity (that is how Freddie Mercury was rendered in that hideous script).  He won for his work with Bryan Singer.  The two did not get along.  It was Faye Dunaway versus Roman Polanski.  Rami didn't mention Bryan Singer in the acceptance speech.  As a general rule, maybe the Academy shouldn't give out awards to performers who can't mention their directors?  (Bryan Singer is thought to be a pedophile.  I believe he is.  Rami chose to work with him but when Singer's reputation finally became too radioactive, Miss Rami insisted he had never, ever heard any of the decades-long rumors about Bryan Singer.)

Christian Bale, Bradley Cooper, Willem Dafoe and Viggo Mortensen gave outstanding performances in outstanding films.  Miss Rami mimicked Freddie Mercury in a really bad jukebox musical.  As producers and directors debated what, if any, project Miss Rami could do next in film last night, it was clear that voters' remorse had actively kicked in.


In Iraq, the war continues.

This video from @airwars is chilling. They have kept track of every US coalition airstrike in Syria and Iraq between 2014 to 2018.

As the war drags on, look who has something to say: 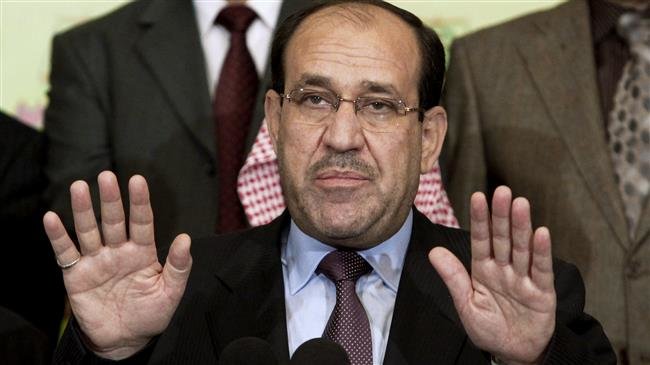 
Former prime minister and forever thug Nouri al-Maliki, biting the hand that fed him, no less.  In 2006, based on the CIA assessment that Nouri's paranoia would make him easy to manipulate, Bully Boy Bush installed Nouri as prime minister of Iraq.  In 2010, the Iraqi people voted him out.  Instead of standing with that vote, US President Barack Obama overturned it with The Erbil Agreement in order to give Nouri a second term.

The former Iraqi PM said America’s support for [ISIS] did not end there as Washington proceeded to stop all supplies of helicopter parts and other military equipment to Iraq and halted a contract to sell Iraq F-16 attack aircraft even though Baghdad had paid for them in advance.
Maliki said he couldn’t still fathom why the Obama administration made those decisions, letting the terrorists get away by refusing to attack their positions.
He agreed with US President Donald Trump’s remarks during the 2016 US presidential campaign that Obama was the “founder” of [ISIS] by fully evacuating Iraq at the wrong time to let [ISIS] take over.
“We should never have gotten out the way we got out,” Trump said during a rally in August 2016. “We unleashed terrible fury all over the Middle East."

The idiotic Ben Rhodes was taken by surprise with regards to Nouri's actions in his second term.  One wonders how he'll react now to Nouri's remarks.

Nouri is the reason for the rise of ISIS.  He persecuted the people, especially the Sunnis.  Barack Obama publicly rebuked Nouri (finally) on June 19, 2014.  Even so, his flunkies have not been very vocal about Nouri since they left the White House.

On the topic of the US government and Iraq, Nouri's comments are coming for a reason.  He wants to be prime minister again.  Adil Abdul-Mahdi is a failure as prime minister and all these months later still does not have a Cabinet -- the security posts of Minister of Defense and Minister of Interior are among the empty Cabinet posts.  There is talk of a no-confidence vote taking place this spring.  Nouri is positioning himself to take over and that's what's behind his licking of Donald Trump's boots.

Right now is not the time for the US to be rudderless in Iraq.

Why is it that when we talk about US influence, we mean diplomacy but our Congress can only see in terms of military?

Currently, there is no US Ambassador to Iraq.

If you Google, you will get the lie that Douglas Silliman is the US Ambassador to Iraq.

U.S. Embassy BaghdadVerified account @USEmbBaghdad
@USAmbIraq: "It has been my honor and privilege to serve as the American Ambassador to Iraq...I want all Iraqis to know that I see great potential for a truly democratic, sovereign, independent, and prosperous Iraq. Fi 'aman Allah" …
12 replies25 retweets86 likes

He was the Ambassador.  He left a month ago.

US President Donald Trump has nominated Matthew Tueller for the post.  November 15th, he asked the Senate to hold confirmation hearings.

That hearing has still not taken place. Senator James Risch is the Chair of the Senate Foreign Relations Committee.  Is he not up to the job?

Again, November 15th the request for this hearing was made.  As of January 31st, the US has no Ambassador to Iraq.  Is Congress not up to performing their duties?  Do we need to start talking impeachment of Senator James Risch?

I'm not joking.  Months ago, he was asked to schedule a hearing on the nomination.  He did not.  Now the position is vacant.  And still no hearing is scheduled.  The US government has put US troops on the ground in Iraq.

And there's no Ambassador there?

Dereliction of duty appears to be Senator Jame Risch's offense.

I have no idea whether Matthew Tueller is qualified or not.  That's one thing a confirmation hearing is supposed to determine.  If Tueller is not right for the job (I have no idea -- he speaks Arabic which puts him ahead of a moron like Chris Hill), then a new nominee will be needed.  That happened when Barack nominated the hideous Brett McGruk.  So if it turns out that Tueller is not right, it will mean a new nominee.

How does Senator Risch think there's time for all of that.  Hold the hearing already.

US troops are being put at risk while no diplomatic efforts are taking place.  Schedule the hearing.

If not, maybe it's time to call for Senator Risch's impeachment.  US troops should not be in Iraq.  They are.  They are in harms way.  And Senator Risch doesn't feel any pressure to hold a confirmation hearing to fill the post of US Ambassador to Iraq?