The F.B.I. is not supposed to overturn democracy

The so-called F.B.I. was leaking to the media to take down President Donald Trump.  Every day, it gets worse and we learn more.  This is appalling.  This is what happens when people attempt to subvert democracy and, sadly, the F.B.I. has decided the rules do not apply to them.  Let me clear that up, elements of the F.B.I. have.  And those elements, possibly small ones, are making everyone look bad.

A series of text messages released Wednesday reveal that former FBI Special Agent Peter Strzok was in contact with reporters at the New York Times and Washington Post regarding stories they published about the FBI’s investigation into alleged collusion between Russia and President Trump’s campaign during the spring of 2017, according to a series of texts obtained by SaraACarter.com.

The text messages suggest that Strzok, along with his paramour, former FBI Attorney Lisa Page, had been in contact with reporters from both newspapers. Strzok specifically mentioned two-time Pulitzer Prize-winning New York Times writer Michael Schmidt his text message to Page.
Strzok wrote, “Also, apparently Times is angry with us about the WP (Washington Post) scoop and earlier discussion we had about the Schmidt piece that had so many inaccuracies. Too much to detail here, but I told Mike (redacted) and Andy they need to understand we were absolutely dealing in good faith with them,” Strzok texted to Page on April 14, 2017. “The FISA one, coupled with the Guardian piece from yesterday.” (The New York Times did not respond immediately for comment. The Washington Post also did not respond immediately for comment.)
According to several U.S. officials who spoke to this news outlet, “Mike” mentioned in Strzok’s text message is Mike Kortan, the former FBI assistant director for public affairs who retired in February. “Andy” was in reference to former FBI Deputy Director Andrew McCabe. McCabe was fired earlier this year after it was revealed in DOJ Inspector General Michael Horowitz’s report that said he lied to investigators and leaked information to the media.

It is time for Congress to clean up this mess and ensure that government servents do not try to overturn democracy.

Wednesday, September 12, 2018.  In Iraq, it's never the officials fault, it's always the people of Iraq who get blamed.  In this case, killing protesters is a-okay but attacking a building is big time wrong.

In Iraq, the strife continues.  Hayder al-Abadi and the US government would like a second term for him as prime minister.  Iraqis are less enthused.  Michael Jansen (IRISH TIMES) reports:

Iraqi Shia cleric Muqtada al-Sadr has called on caretaker Iraqi prime minister Haidar al-Abadi to step down in the wake of protests that killed 12 in the port city of Basra and elsewhere in the Shia-majority south. “We demand the government apologise to the people and resign immediately,” said Sadr’s spokesman Hassan al-Aqouli.

It's a point far too many miss.  Like below in this ALJAZEERA report where the governor of Basra whines about the 'violence' but the violence is only when the protesters attacked buildings.


Basra's governor, Asaad al-Eidani, is a hypocrite on many levels (for those who don't stream, the image frozen above is Hayder al-Abadi, Assad's later in the video).  He's denouncing violence against property and that has to make many who know him chuckle.  When Saddam Hussein ruled Iraq, al-Ediani had a different view and it's that view that led to his arrest and imprisonment.

To ALJAZEERA, he whines about the destruction of property while insisting, "Any criminal act should be denounced regardless of who has carried it out."

Strange though, Asaad al-Eidani did not denounce any of the violence aimed at the protesters -- despite security forces killing protesters since July.


Mohammed Kadem, lost his father at an early age, recently married with a child, English language major, went out to protest and demand fresh water for his family, tonight he was killed with a head wound. Basra , Iraq

The governor also plays dumb on what fueled the last few days of protests.

By Tuesday, Iraqis incensed at the cold-blooded killing of Yasir had descended on the city's main municipal building calling for justice for the slain youth. Security...
0 replies0 retweets0 likes


Protests against a severe lack of public services, including reliable electricity and potable water, erupted once more across southern Iraq last weekend, with the country's third largest city of Basra at their epicentre.

Protesters had been briefly placated after a summer of unrest by a combination of pledges to resolve chronic problems - along with mass arrests coupled with police brutality. However, demonstrators have now resumed their calls for accountability of corrupt officials and state mismanagement after government promises to resolve Iraq's infrastructure crises failed to materialise.

But tensions escalated after a series of violent reprisals seemingly led by Iraqi counter-terrorism forces led to the deaths of seven protesters in two days.

Makki Yasir, a young Basran man, bled to death after he was shot in the shoulder on Republican Road in Basra's city centre on Monday. The New Arab's Arabic-language sister site reported activists saying security forces then engaged in a widespread campaign of arrests, with some witnessing abuses by officers.

Prime Minister Haider al-Abadi announced an investigation into Yasir's death after the Iraqi Human Rights Commission denounced the excessive use of force by security personnel.

By Tuesday, Iraqis incensed at the cold-blooded killing of Yasir had descended on the city's main municipal building calling for justice for the slain youth. Security forces once again used live ammunition, but were this time met by protesters launching fireworks and Molotov cocktails at them. Six demonstrators were shot dead while 15 military personnel were injured.
While some politicians sought to blame demonstrators for the violence, the Human Rights Commission's Basra chief, Mahdi al-Tamimi, again laid blame at the door of the military and police, stating that they had "directly fired on protesters"

Also addressing Yasir's death on Monday, Tamimi said: "We call on the Iraqi judiciary to open an immediate investigation into the killing of a demonstrator who was shot in the shoulder and subjected to electric shocks by security forces."


The governor of Basra has nothing to say about the deaths of the protesters.  Apparently killing is not a crime in Iraq? 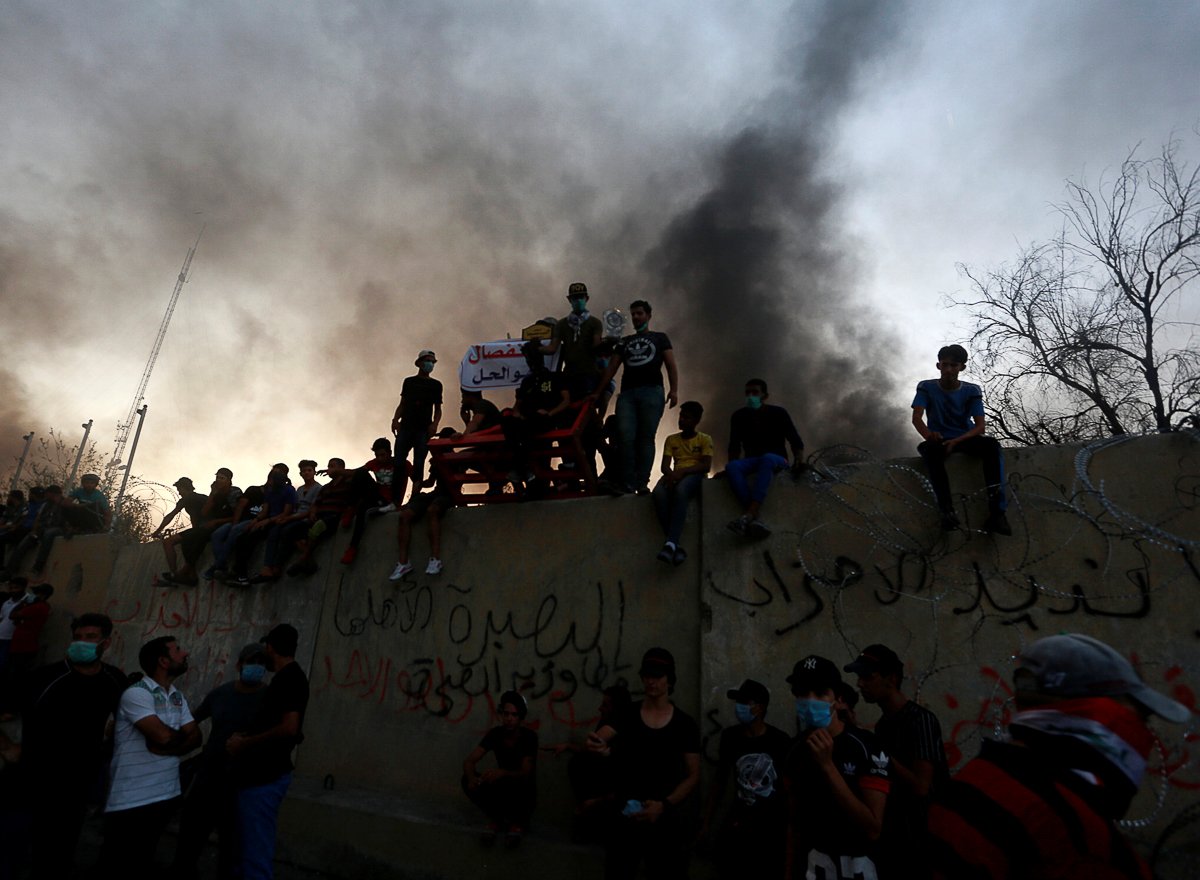 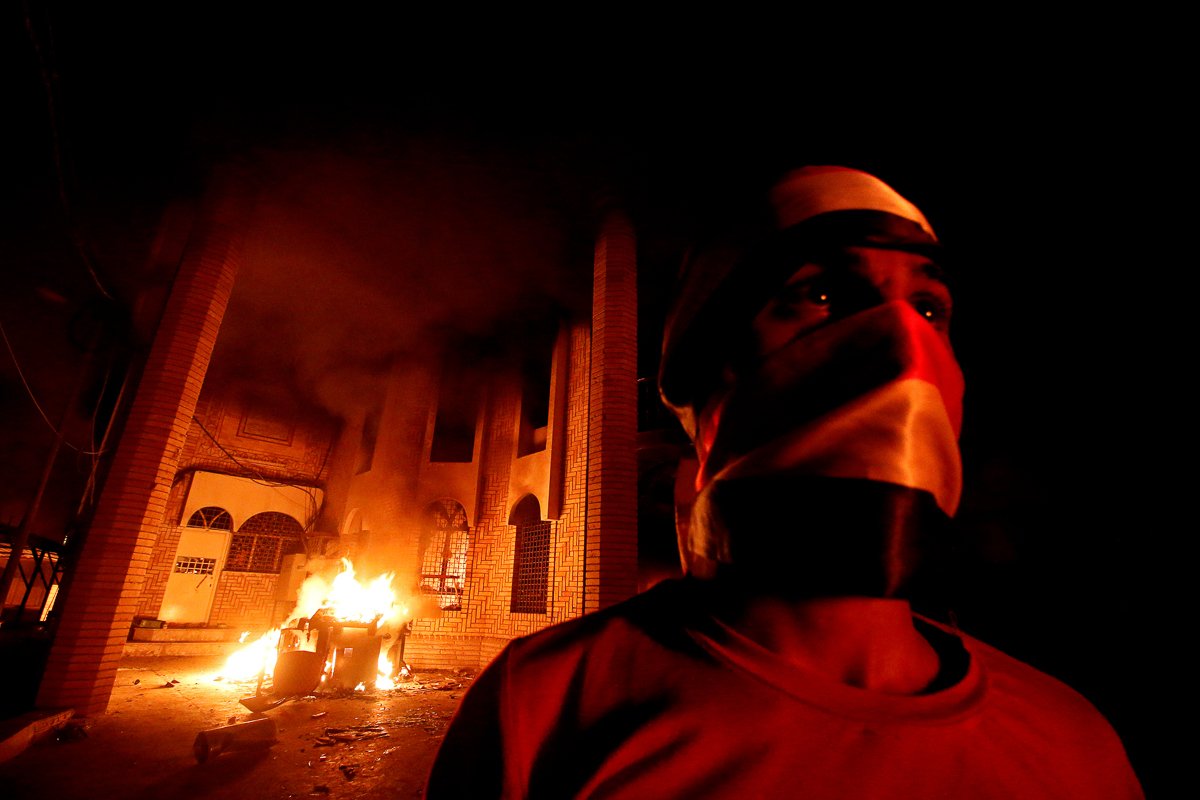 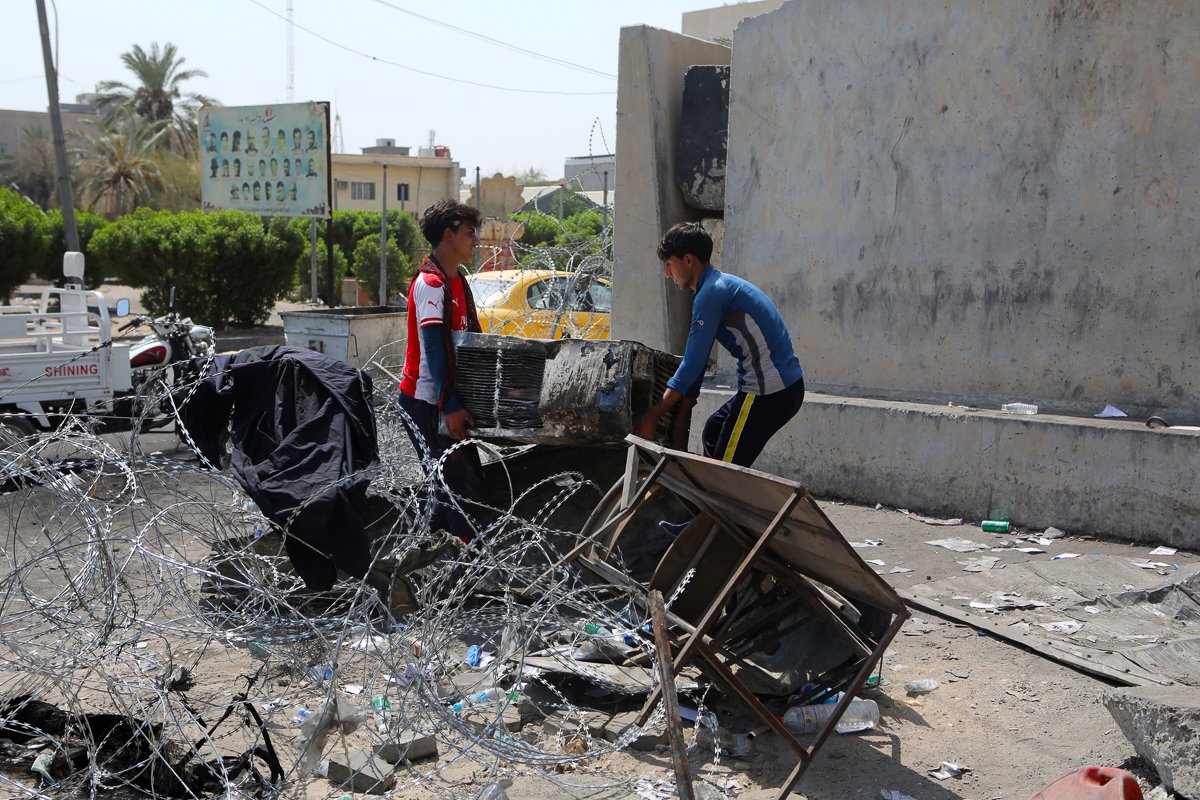 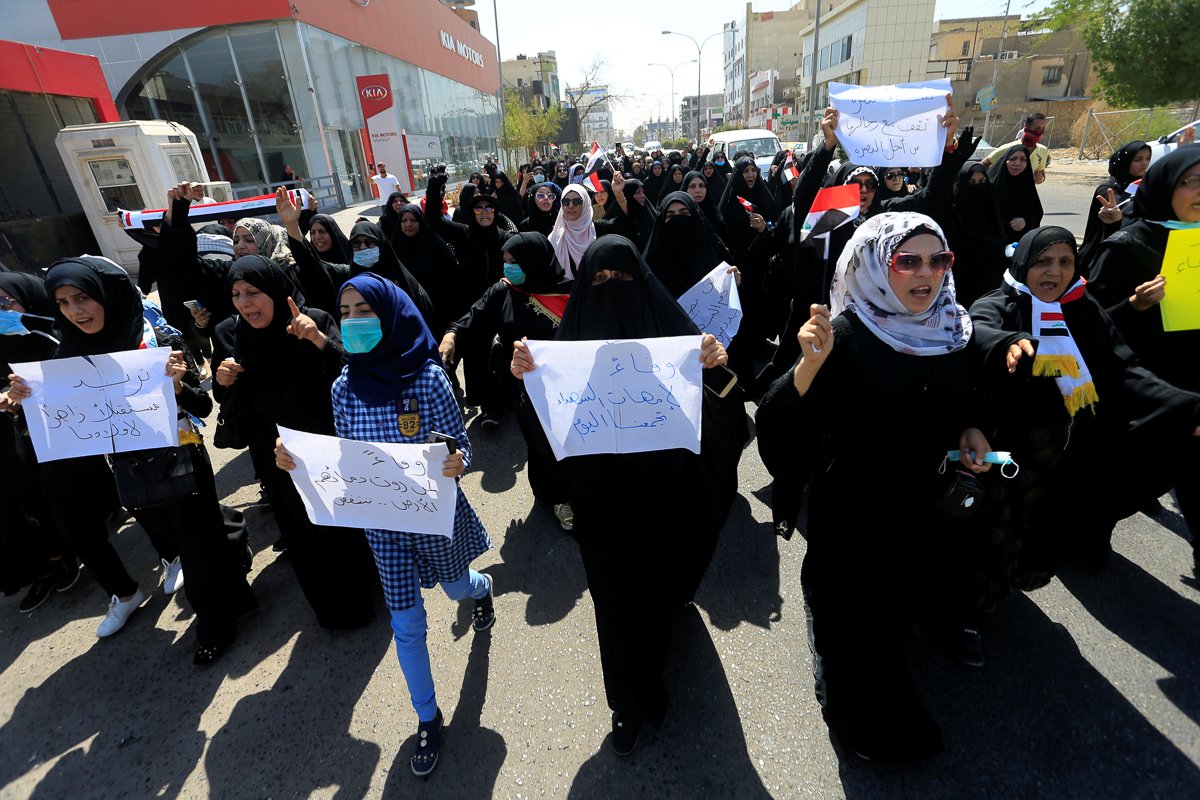 
That 30,000?  The official number has increased.  Ibrahim Saleh (AA) reports, "At least 60,000 people have suffered temporary poisoning due to polluted water in Iraq’s southern Basra province, Iraq’s High Commission for Human Rights (IHCHR), a parliamentary body, said Wednesday."
Asaad al-Eidani has been the governor of Basra for over a year now.  Maybe it's time the Iraqi government held people accountable?  The people of Basra have been in the hospitals due to the water.  Assad hasn't.  That would appear to indicate he knew what water to drink and ensured that he had it for himself.  But he didn't protect the people of Basra, did he?


And while we're noting who betrays the people and ignores violence against them, let's note Brett McGurk who Tweeted the following on Sunday.


State Department on situation in #Basra: “Under #Iraqi constitution, the right to peaceful protest and the duty to protect public and private property go hand in hand. The United States condemns violence against diplomats, including that which occurred today in #Basra.”


Brett McJerk never Tweeted one word about the approximately 70 protesters killed thus far by the security forces.  But look at him go when it's a building attacked.

This morning, the UN Office of the High Commissioner for Human Rights declared:

We are concerned at the situation in the southern Iraqi Governorate of Basra, where for the past several weeks, people have been taking to the streets to protest against the lack of basic services, electricity and water shortages, pollution, and unemployment.
Protests escalated last week after drinking water supplies were found to be contaminated. According to the Ministry of Health, between 1 and 8 September, at least 11 people were killed in relation to the protests. This brings the number of people who have died since demonstrations began on 8 July to at least 20. In addition, more than 300 people have been injured in Basra since July, including 52 members of the security forces.
We urge the relevant authorities to investigate all protest-related deaths and injuries and hold those responsible accountable.
Among the reported incidents, at least five protesters were reported to have been killed and 41 others injured on 4 September when unidentified attackers in a white van threw grenades at demonstrators in Basra City. On 7 September, protesters set fire to the Basra Governorate building for the third time, totally destroying it, as well as numerous other buildings.
There were further protests yesterday to commemorate those killed. No casualties were reported.
We call on the Iraqi State to heed the grievances voiced during the protests for their economic and social rights to be fully respected and for the rule of law to be upheld.
Since July, hundreds of protesters are reported to have been arrested, many of whom were subsequently released and at least 20 protesters are reportedly currently in custody. We urge the authorities to release immediately any person arbitrarily detained, in particular those who were protesting peacefully.  We reiterate the right of individuals to peaceful assembly and association, and also to freedom of expression. 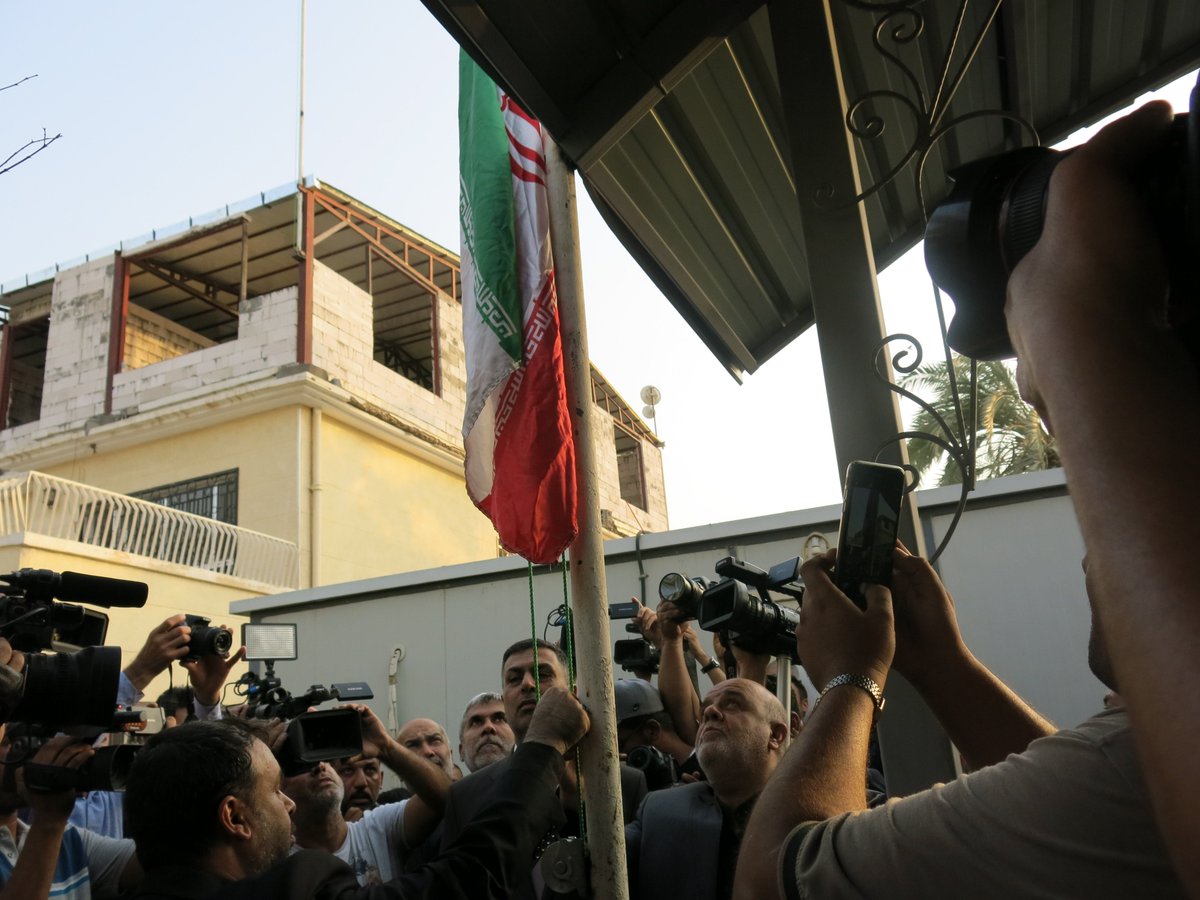 As Jane waddles on by, let's all chuckle over this one "tells @NPR Trump Administration has wrecked decades of good relations between US-Iran."  Decades?  Which decades were those?  Before the fall of the Shah or after?  It wasn't the '00s because the US government was accusing Iran of funding and fueling strife in Iraq (or has everyone forgotten those government endorsed 'reports' by Michael Gordon?).  It wasn't the 90s and it sure wasn't the 80s.  So which "decades" were they?

Where's Human Rights Watch, by the way?  Surely the Executive Director, Middle East and North Africa Division, Sarah Leah Whitson, is focused on this and issues that truly matter, right? 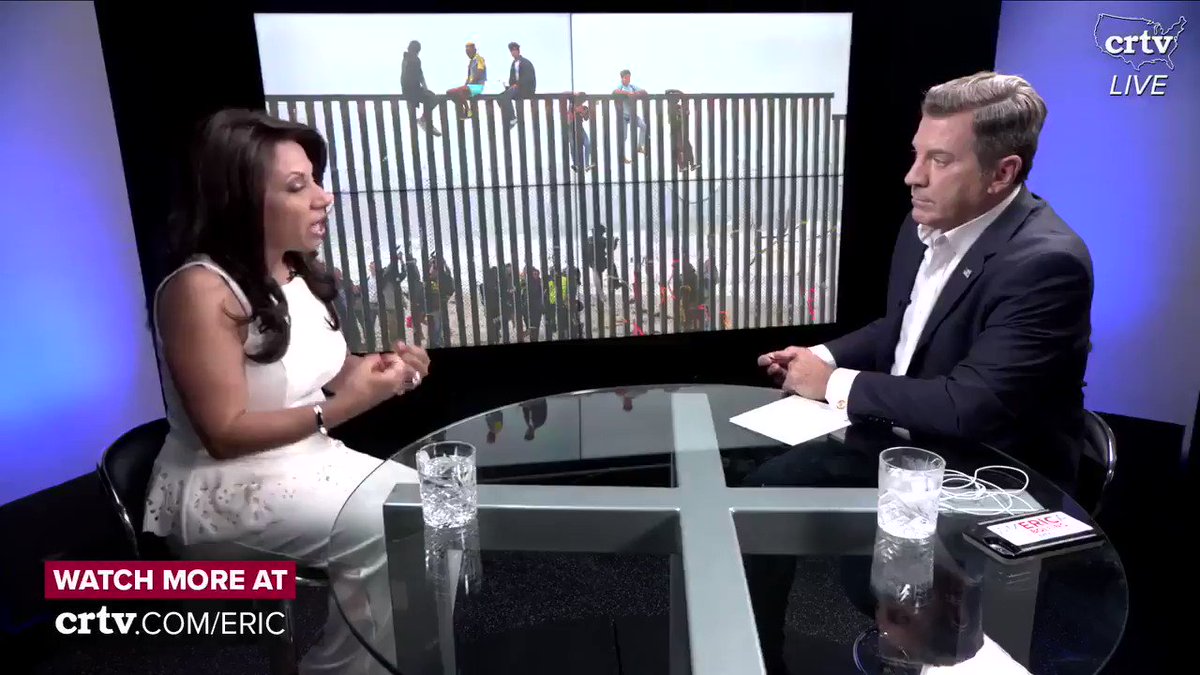 0:11
Yashar Ali  🐘Verified account @yashar
Brigitte Gabriel proudly says she did not teach her children Arabic so they could assimilate in the US...I learned English, Farsi, and Azeri as a child because it's easy for kids to pickup languages. Learning another language as a…
0 replies9 retweets26 likes

I believe the "pea-brain" is you, Sarah.  If a mother chooses to raise her children in a way you don't like, too damn bad.  It's a free world, dear.  And her traveling a different road doesn't make her a "pea-brain."  You're not raising the children, she is and she's making the decisions that she feels are best for her child.  That's her right.  I speak multiple languages and my kids do as well.  But that was our choice.  And choosing that or rejecting that would not make me a "pea brain."

Ignoring the suffering in Iraq?  Well, Sarah, that makes you a piece of s**t.

Who will save us from the 'saviors'?  Sarah's about as helpful as the nurse in Pink's "Just Like A Pill."

And the suffering never ends.  REUTERS reports, "At least six people were killed and 42 wounded when a suicide bomber detonated a car full of explosives at a restaurant on a highway near the Iraqi city of Tikrit on Wednesday, police and medical sources said. "