Matthew Yglesias‏Verified account @mattyglesias  13h13 hours ago
Matthew Yglesias Retweeted Joe Scarborough
Reagan never would have made a shady deal with a hostile foreign power except that one time when he needed a slush fund for Nicaragua.
Matthew Yglesias added,
Joe ScarboroughVerified account @JoeNBC
Unfortunately, the infection has spread throughout the party. I became a Republican because of Ronald Reagan. This is no longer his party. https://twitter.com/reaganbattalion/status/884539018339397633 …
129 replies2,217 retweets6,705 likes

I thought he became a Republican to off interns?

Oh, sorry, are we not talking about that dead intern anymore?

Still pretending it was a normal every day thing?


So is it day 267 of The Mosul Slog or is the operation wrapped up?

Yesterday, Iraq's prime minister Hayder al-Abadi again strutted around Mosul and declared that the battle was over.


This despite Bram Janssen (AP) reporting:
:

Sporadic clashes continued Tuesday in Mosul, a day after Iraq’s prime minister declared “total victory” over the Islamic State group and at least one airstrike hit the Old City neighborhood that was the scene of the fierce battle’s final days.

A plume of smoke rose into the air from the strike as IS mortar shells landed near Iraqi positions and heavy gunfire could be heard on the western edge of the Old City.


If Hayder wants to call it a win, guess it's over -- even if fighting continues.

But Lt Gen Stephen Townsend has warned the Government will have to take further steps to reach out to the Sunni population of the country to stop regional tensions causing further conflict.
He said: "If we're to keep... ISIS 2.0 from emerging, the Iraqi government is going to have to do something pretty significantly different.
"They're going to have to reach out and reconcile with the Sunni population, and make them feel like their government in Baghdad represents them."


He is correct and, sadly, nothing's been done on that for the past three years.

The US government could drop bombs on Iraq, they just couldn't urge diplomacy.


For so many, Iraqi is nothing but a political football.  Witness this garbage:

Replying to @realDonaldTrump
Iraq confirmed that the victory in Mosul was thanks to Obama's Training programs. THANKS OBAMA!!
9 replies47 retweets200 likes

Barack Obama is a War Criminal the same as Bully Boy Bush.

(The same as Donald Trump will probably end his term being.)

"Impeach Donald Trump" is an account by an idiot who never paid attention to reality.

1) Barack overturned the 2010 elections to install Nouri al-Maliki in a second term as prime minister.  There are few observers of Iraq who do not admit what a disaster that was and how it led to the rise of the Islamic State.

Forget that it sent the wrong message about democracy.

Forget that Nouri was already known to run secret prisons and torture chambers.

Yes, two years later, when Barack won re-election, he did refuse to take Nouri's phone call (fobbing it off on Vice President Joe Biden) but let's not mistake that for bravery or leadership.

That was the cost that was paid in the end.

We didn't have a conversation about that ever.

We weren't allowed to question the mind-set of "to save the village, we had to burn the village."

But if you want to argue training, "Thanks Obama"?

I'm sorry Barack and Hillary were the ones who couldn't sell Iraq on training in 2011.

Or did you miss that?

Or the money wasted for training and the new police academy built that was not used or all the training facilities that the State Dept was going to be over for training that ended up being turned over to the Iraqi government?

That's because you've had your head up your ass for over a decade.

Your stupidity is not my problem.

I attended those Congressional hearings and reported on them here.

Democrat Gary Ackernman was a hero in those hearings.

It's your loss for not knowing how he pressed for answers.

I'm sure you can tell me what scent Hillary wore to what fundraiser and other useless s**t that fan club members know. 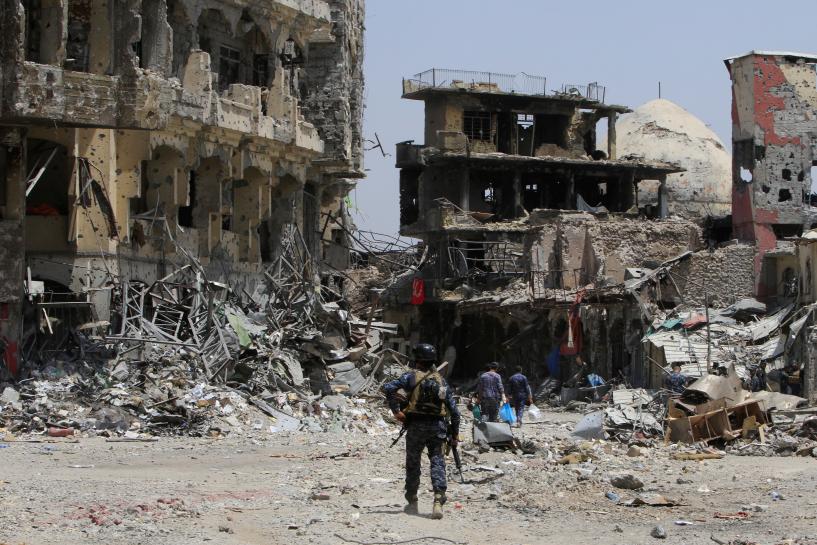 And they are correct.

But rah-rah, let's rush to use Iraq as a political football again.

Who cares about the Iraqi people, right?

Who cares about their continued suffering?

Let's rush to declare it a 'win' for whichever political party we're pimping.

Some people are beyond disgusting.

If you're response to  the destruction in Iraq is to cheer "yea!" for someone who inflicted the damage, you need to take a serious look at yourself.


CBS THIS MORNING reports another development regarding ISIS.

An FBI spokesman on Monday confirmed that a SWAT team arrested a soldier in Hawaii over the weekend and charged him with supporting ISIS.
FBI Honolulu spokesman Arnold Laanui confirmed the agents arrested Ikaika Erik Kang, a 34-year-old Army soldier stationed at Schofield Barracks on Saturday.
In a release, the FBI said it had worked closely with the Army in this case. The statement said the investigation by the FBI and the Army had been going on for more than a year.