It is not enough to offer free education for college.

We need to abolish the debt for those students who are still paying these bills even though they are out of school.

People get stuck for ten and twenty years with these debts.

We need to abolish all student loans.

Tuesday, July 18, 2017.  Chaos and violence continue, the War Crimes continue but Little Fancies rush in to distract us with nonsense.


Heaven save us all from Little Fancy.

Proof positive that THE NEW YORK TIMES needs to improve their hiring practices.  (And probably not hire from hysteric outlets like VOX to begin with.) 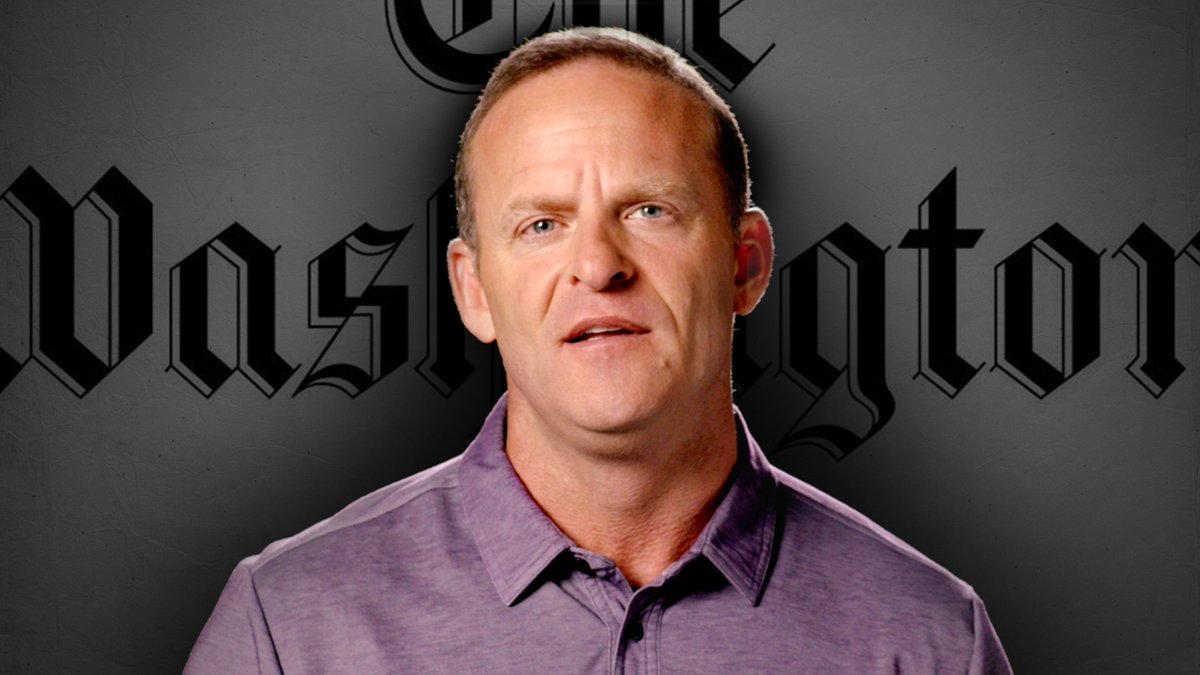 
"Edging right up to the line endorsing violence against journalists"?

Oh, Little Fancy, change your urine soaked briefs and crawl out from under your bed, it's a safe place.

Because of Little Fancy's melodramatics, I had to stream the NRA video.


Grant Stinchfield:  For years, THE WASHINGTON POST has tarnished gun owners in an effort to take away our Second Amendment freedoms.  The fake news outlet even went so far to make the blatantly false claim that the NRA had illegal ties to Russia.  But THE WASHINGTON POST isn't made about the lack of guns, it's upset about the abundance of truth -- the truth about their role in the organized anarchy of the violent left by spreading lies about those who disagree with their violent agenda while refusing to cover the extremist beliefs and tactics of people like Carmen Perez, Deray McKesson and liberal politicians like Chuck Schumer and Al Franken who refuse to condemn them.  So they trot out a general assignment reporter, Alex Horton, to call Don Raso's video dark and they tell us we can't have an opinion unless it's about guns?  Listen to me, WASHINGTON POST, in fact I'm telling every leftist media propaganda machine defending the violent left to hear what I'm about to say: We talk about more than guns because every freedom is connected.  If one is threatened, they all are threatened.  And the organized anarchy that you and your politicians and your activists are pushing is destroying our country.  It's why the more than five million members of the NRA -- along with gun owners and freedom loving Americans -- have come together, a clenched fist of truth to protect our freedoms at home and we do so because Americans like Alex, THE POST reporter who did serve, and Don have sacrificed so much to preserve those freedoms abroad.  It's why we will never stop fighting the violent left on the battlefield of truth.  So here's a suggestion for THE WASHINGTON POST, don't worry about how many guns are in our videos, worry about how many facts are in your articles because if gun owners abused our Second Amendment the way you abuse your paper and The First Amendment, our rights would have been taken away long ago.  You people do more to damage our country with a keyboard than every NRA combined has ever done with a firearm.  Your paper's new slogan may read "Democracy dies in darkness," it should say: "Journalism dies at THE WASHINGTON POST."

I don't know what Carmen Perez has supposedly done.  I do know some of the criticism of DeRay.

Regardless, there's nothing violent in the above transcript.

I'm sure that's not a new development.

Stichfield makes his argument above.

He does not threaten violence.

He does not edge up to violence.

I'm really sorry that THE NEW YORK TIMES elects to hire drama queens who repeatedly bring shame to the paper.

But here's some more reality: Shame is all modern news has.

They ignore Iraq.  (THE NEW YORK TIMES is actually spending more money on Iraq and allowing more pieces in than a few years back -- Jill decided to bury Iraq for Barack.  Her firing was the best thing that ever happened at the paper and I'd say that even if I hadn't been involved in the campaign.)

They ignore every issue that matters.

US President Donald Trump is under fire for efforts involving immigration.

That's not a bad thing.

A bad thing was when Barack Obama deported more than all the previous presidents (and Bully Boy Bush) combined.

And did so without a real public dialogue.

Jeff Bezos owns THE WASHINGTON POST now.  He didn't for much of Barack's presidency.

Then it was run by a Little Fancy all her own.  She didn't run a paper and don't kid yourself that she did.

From 2009 through 2016, not a lot of journalism was done domestically.

If Donald Trump made a deal with a terrorist organization today it would be front page news for weeks.

But Barack made a very deadly decision -- and a wrong one, no US interests were at stake -- and it gets a mention -- one day -- at THE NEW YORK TIMES and at CNN and then is forgotten for all time by the press.

(Not by veterans.  I continue to hear about it when we speak to groups.)

The NRA offered a critique of journalism.

They did not attempt to incite violence in the video, they did not edge up to it.

Little Fancy Max should either grow up or go back to VOX.

For any new to this topic here, I am not a member of the NRA and have never been.  I do not support most attempts to curb the Second Amendment.  Americans have the right to own guns and I trust American citizens a lot more than I do governments who run endless wars or who shoot and kill innocents like Fred Hampton (that's not murder, that's assassination).  I've never owned a gun, I have shot one more than once.  In the 70s, during a live in affair with a radical, we had guns all over the place -- his -- and I was always bumping into one under the couch or under towels or . . . My premise: Unarm the people?  Sure, just as soon as the governments do the same.


It's amazing that Little Fancies can call for removing guns because of potential violence that could happen but they ignore the actual violence taking place in Iraq, Afghanistan, etc.

Little Fancies don't call for an end to war.

They're always eager to start new ones, you understand.  (See the Tweets of Nicky Kristof and his great grandma Mia I Have No Career Farrow.)

Since Trump took office, approximately 12 civilians have died per day as a result of air strikes in Iraq and Syria. thefader.com/2017/07/17/air… 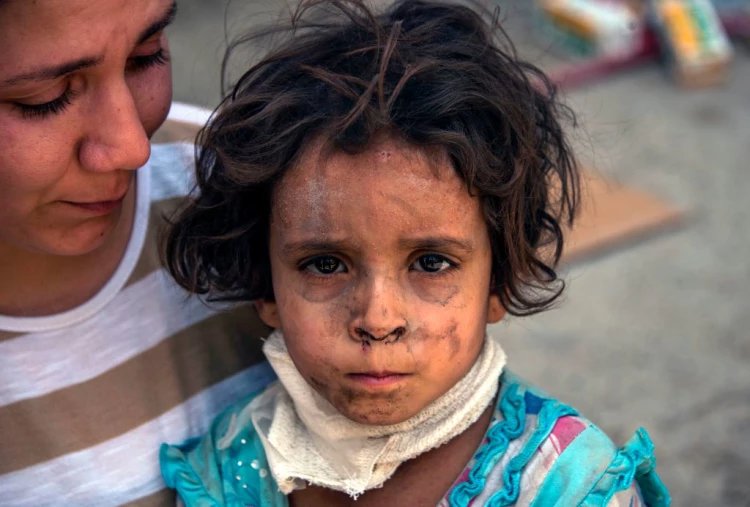 Your facts are a bit off though.

And it was near the end of January when Trump was sworn in.

It was actually under Barack Obama, at the start of 2017, that the deaths went up.

Trump then continued that.

But grasp that your super groovey Barack is also responsible.

And no amount of civilian deaths should ever be acceptable.

America looked the other way as Iraqi civilians were bombed under Nouri al-Maliki and under Hayder al-Abadi -- bombed by their own governments, their homes bombed, their hospitals bombed.

Will we do the same now that Donald is president?

Thomas Battin Retweeted NBC News
Given troops are active in Iraq, Afghanistan, Syria, and elsewhere, I am curious what constitutes a "major war" to the respondents.
Thomas Battin added, 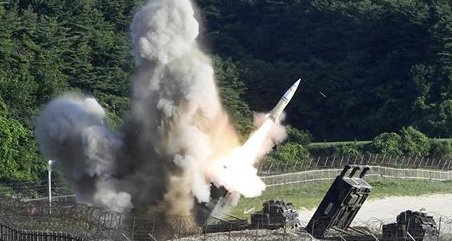 
Here's another important one.

And ABC NEWS is the only one that deserves praise in the west for their coverage.

ABC NEWS has consistently covered this story -- often James Gordon Meeks has been the reporter -- and it is an important story.

Little Fancy Max Fisher will never write about it.

Great grandma Mia Farrow will forget to call it out.

But it's been going on for some time.

And it's not supposed to happen.

More to the point, when it does happen, US and international law demand that the US government halt all support for the government of Iraq.

So are we going to pay attention this time?

Or will we look the other way yet again?

HRW was able to verify location, veracity of video of abuse by #Iraqi forces #Mosul in minutes, why no gov action?
5 replies37 retweets28 likes


As that takes place, the Little Fancies busy themselves with circle jerks and preaching fear and panic to distract from the real problems.