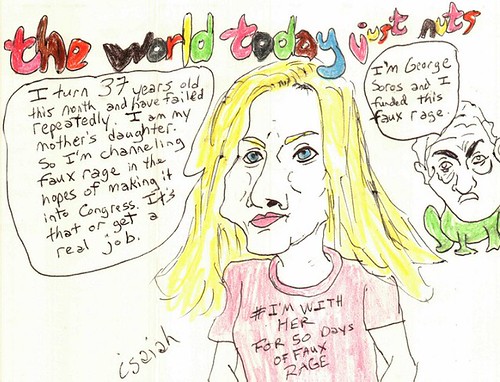 
They don't resist anything because they stand for nothing.

Monday, February 20, 2017.  Chaos and violence continue, The Mosul Slog continues, the US Defense Secretary visits Iraq, and much more.


US Secretary of Defense Jim Mattis is in Baghdad.

"We're not in Iraq to seize anybody's oil." - US Secretary of Defense Jim Mattis aje.io/pqpl 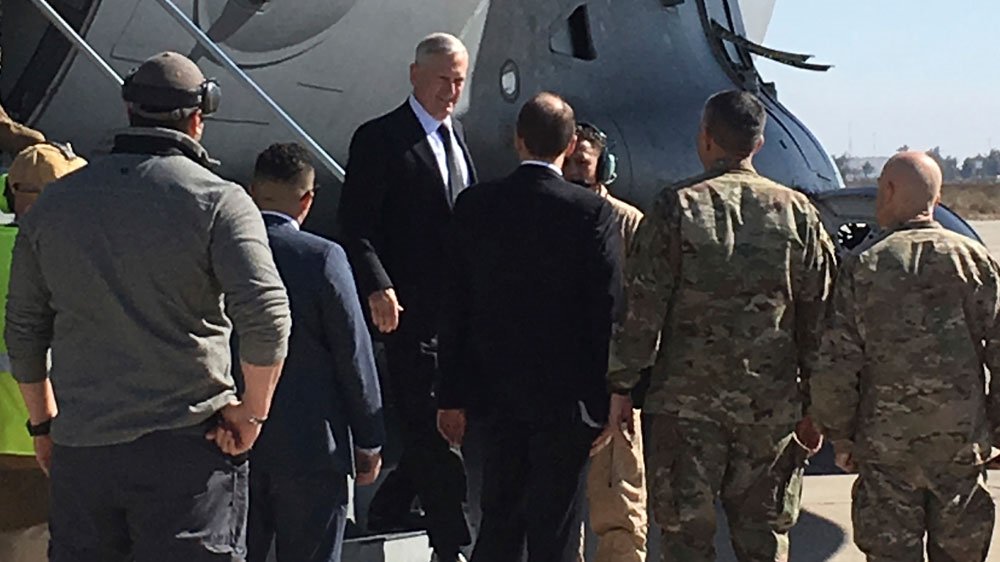 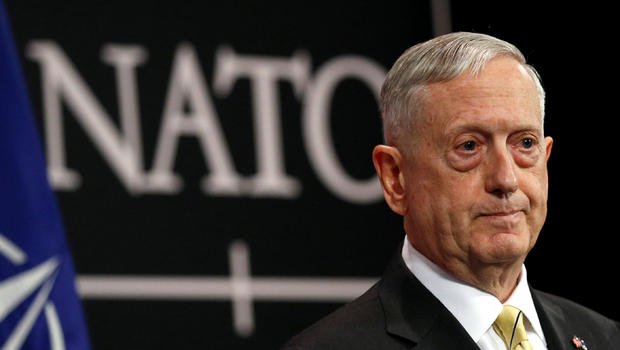 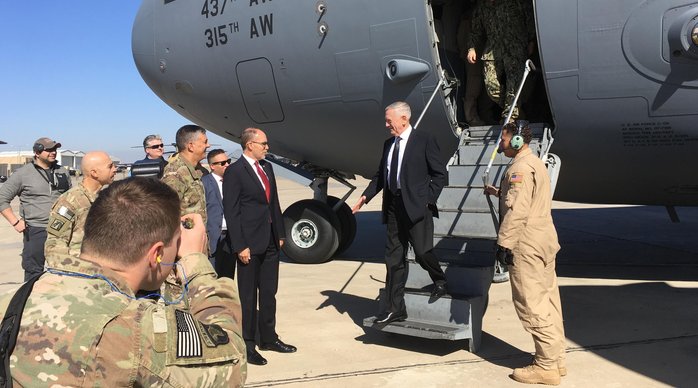 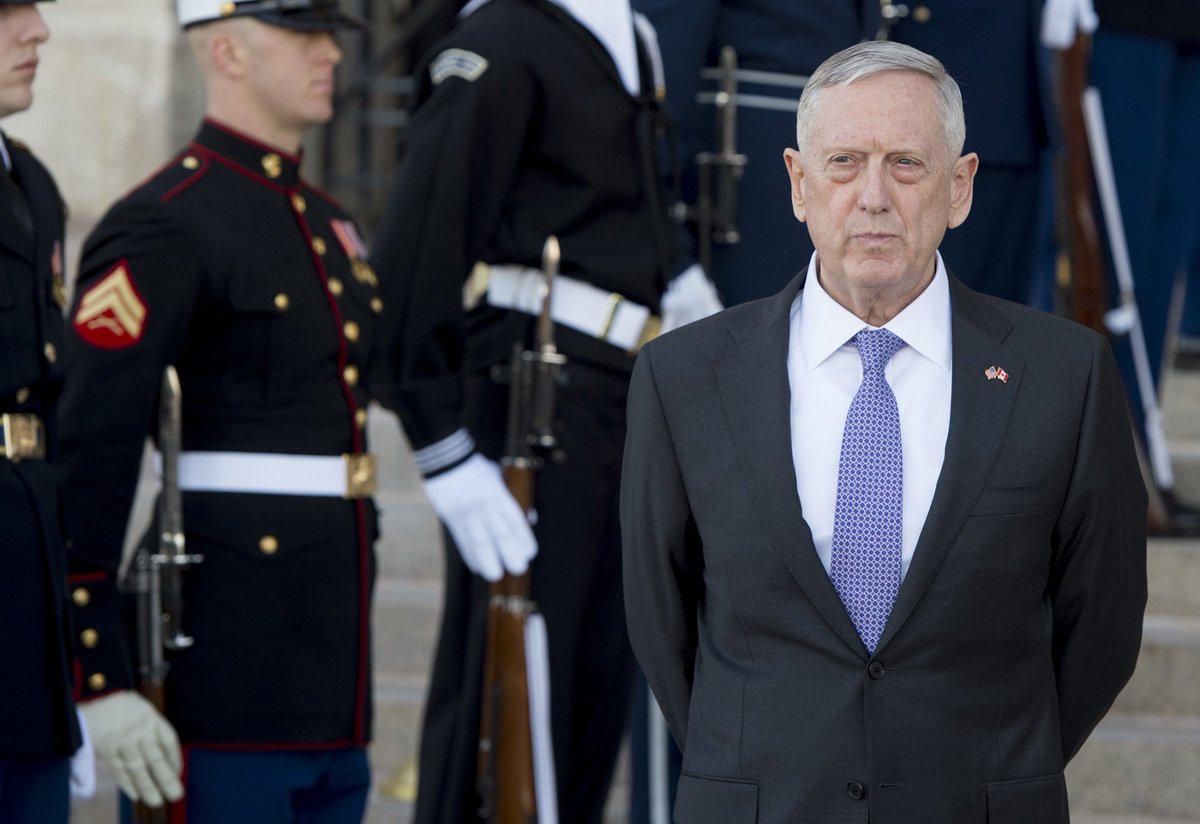 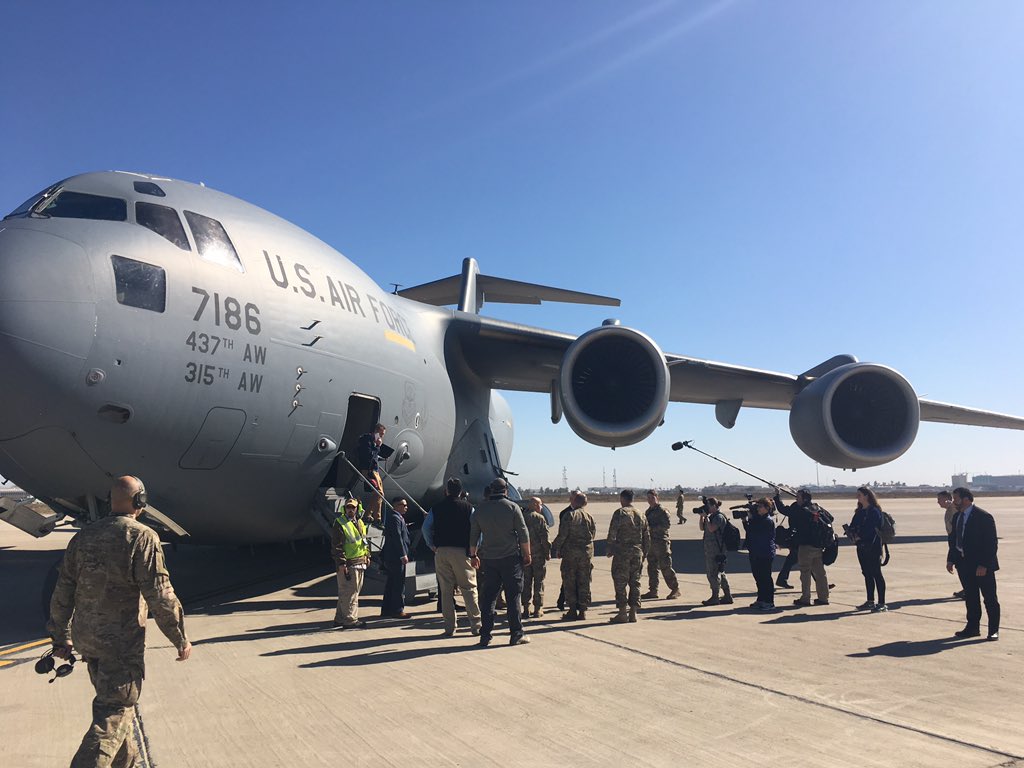 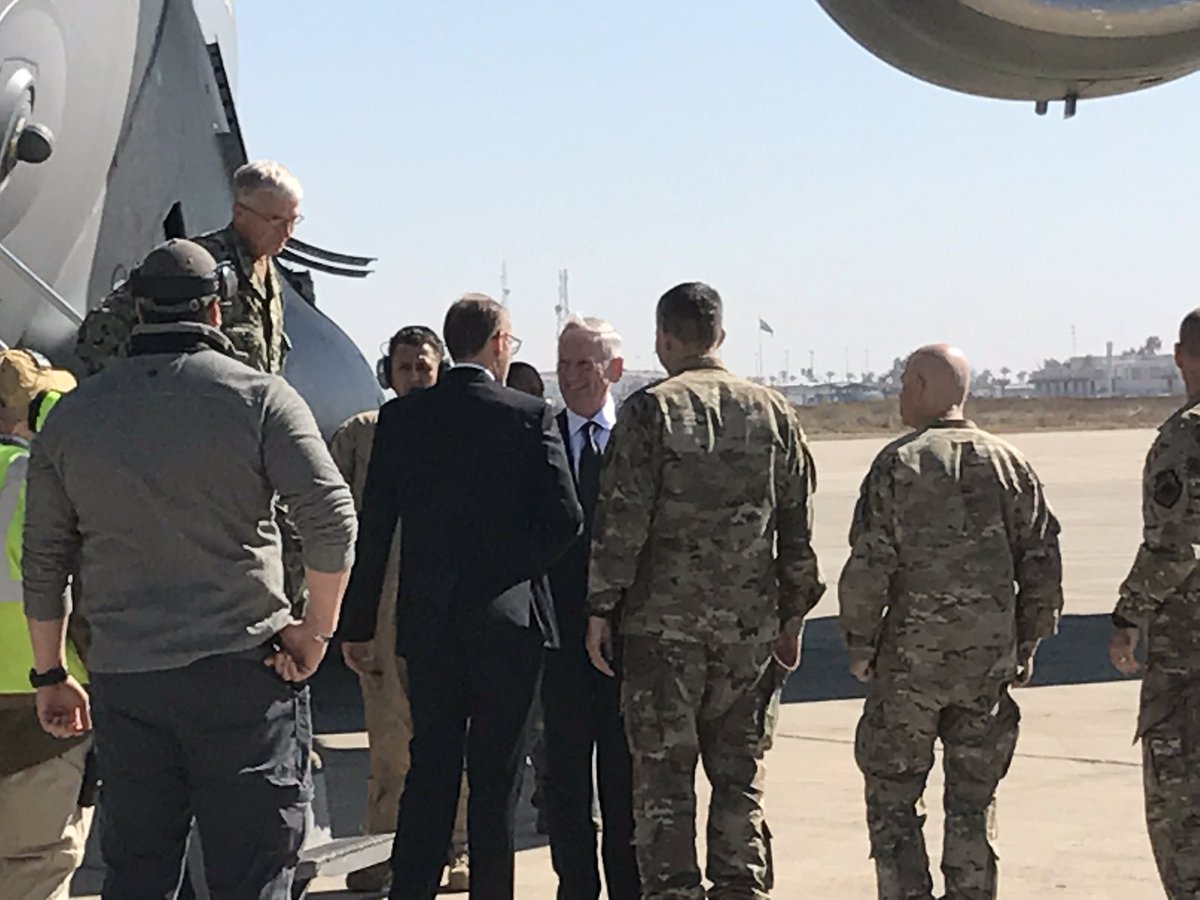 
Of that meet-up, the US Defense Dept noted:

WASHINGTON, Feb. 18, 2017 — Defense Secretary Jim Mattis met with Kurdistan Regional Government President Masoud Barzani in Munich yesterday, a Defense Department spokesperson said in a statement.
The two men affirmed their commitment to their partnership to defeat the Islamic State of Iraq and Syria, the statement said, and they discussed the latest developments in the Mosul operation and the key role Peshmerga forces have played in the counter-ISIS fight.
Mattis and Barzani both noted the important military cooperation between the government of Iraq and the KRG, the statement said. They agreed battlefield success over the past year was made possible by strong cooperation between the government of Iraq, the Kurdistan Regional Government and the United States.


Donald Trump has not said he would seize Iraq's oil.

But the press loves to act as though he did.

It's actually great when they repeat it.

They remind the world that wars are about resources.

Even better would be if they'd explain how Iraq's oil has been seized by the IMF and the World Bank.


But that would require actual reporting.

Fortunately, Iraqis who listen to Grand Ayatollah Ali al-Sistani are aware of what took place, even if the western media blacks it out. 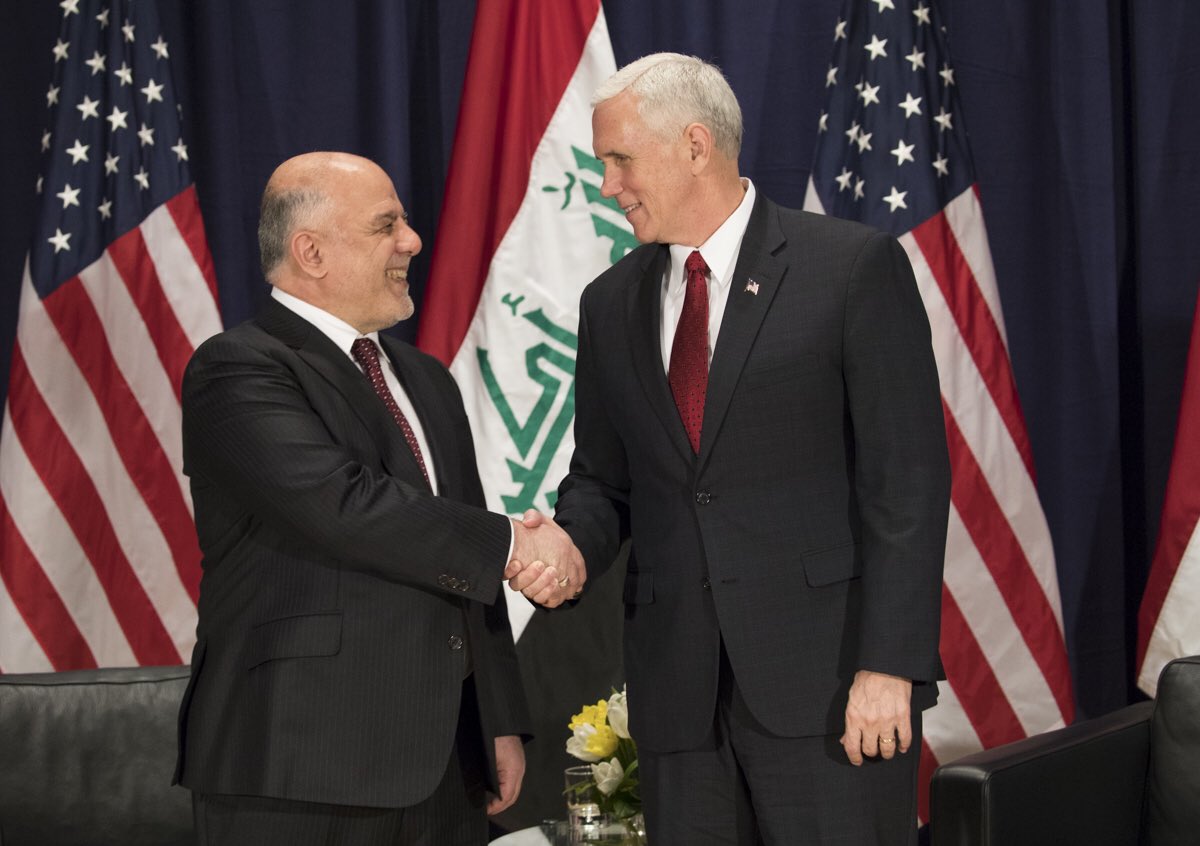 
No, the photo has not been doctored.

Hayder really is that short.  (Pence is five feet and eleven inches tall.)


It's said his small stature helped him escape Iraq in the 80s as he posed as a tiny peasant woman, gathering himself up in a large shawl.  He'd remain out of Iraq for decades, returning only in April of 2003 -- like so many other cowards -- once the foreign forces sent Saddam Hussein out of his Baghdad home.


When not clothed as a woman, Hayder supported armed insurrection in Iraq though, as far as anyone knows, he was not plotting against the US or killing US troops the way former Iraqi prime minister Nouri al-Maliki had done while he was out of Iraq.

Maliki climbed the ranks quickly, rising to lead the Dawa branch in Damascus, an assignment that has fueled questions about what role -- if any -- he played in several high-profile attacks carried out by the group. In 1981, for example, Dawa operatives launched a suicide attack that killed 61 people at the Iraqi embassy in Beirut. Two years later, they struck the U.S. and French embassies in Kuwait.


That's the Dawa political party -- which Hayder belongs to as does Nouri al-Maliki.  And which the US government has embraced repeatedly throughout the administrations of Bully Boy Bush and Barack Obama.


Is it any wonder that today is day 126 of The Mosul Slog?

Back in June of 2014, the Islamic State seized the city of Mosul.

Only last October did Hayder al-Abadi launch an operation to liberate or 'liberate' the city.

The 'success' has been the semi-liberation of east Mosul -- only semi due to the renewed violence there in the last 14 days.

Now useless tag alongs (embedded with the Iraqi military) try to sell the operation as dynamic.

The liberation of Mosul will not be complete with the military operations that oust ISIS. Failing to get the civilian response right risks a short-term pyrrhic victory and widening civil war in Iraq.
This should concern the U.S., as instability in Iraq threatens U.S. foreign policy interests in the Middle East and violence that continues to create large numbers of refugees.
Steps are required to manage the needs of displaced civilians and get them back home. Since the start of the conflict with ISIS, a peak of 3.4 million Iraqi civilians were displaced by violence, and 3 million remain displaced today. An additional half million people may be displaced during the fight to take back remaining parts of Mosul.
On our recent trips to Erbil and Baghdad, where the military and humanitarian responses to Mosul are being managed, we spoke with numerous stakeholders and identified key challenges that will need to be resolved to stabilize Mosul and get its civilians back home.
The government of Iraq is sending displaced persons from Mosul into camps instead of allowing them to move to other urban areas due to concerns that there might be ISIS collaborators among the displaced.

The civilians' identification documents are taken from them for as long as they stay in the camp. They are permitted to return to their homes when it is considered safe, but widespread destruction of public, residential, commercial and agricultural infrastructure means that it may be years before they can go home.
While security concerns are understandable, a solution must be found that respects international norms against holding displaced civilians in detention.
We visited two emergency camps a short distance from Mosul. Khazer is a tent city of over 32,000 people, next to Hassan Sham with a similar number. Despite the valiant efforts of aid workers to supply basic needs, these emergency camps are not equipped to house Iraqis for more than a few months.

In addition to the flimsy tents without electricity, only outdoor pumps for water, no 24-hour health care services, and no spaces where people could prepare hot food, community activities and psychosocial treatment is lacking for these traumatized people who fear for their futures.

And ones regularly missing in the western press coverage.


But the embedded 'reporters' are too busy bedding down with Iraqi forces to think about the Iraqi people.