Hypocrisy and the absurd

As I watch the rage and outrage fed daily, I am surprised how so many appear to believe that prior to Donald Trump being sworn in as U.S. President, everything was perfect.

Consent Factory ‏@consent_factory  Feb 12
The #RESISTANCE will not rest until it has removed this monster from office and restored Obama-style mass murdering normality to the USA ... 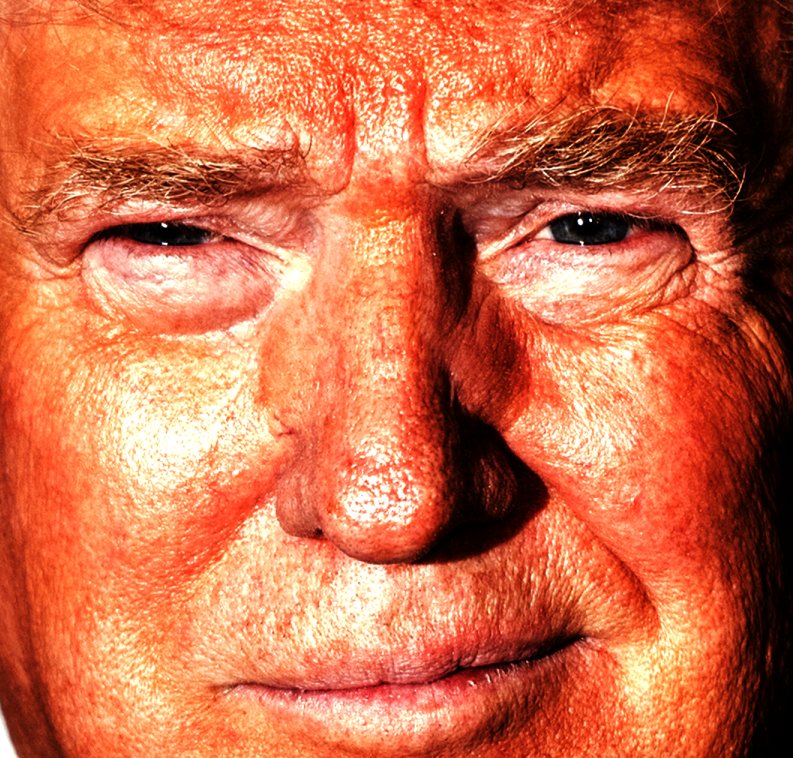 And they are turning themselves into jokes.

Consent Factory ‏@consent_factory  Feb 12
#Fascism can only be defeated by calling in sick for one day, and not buying any products, unless you just have to.
1 reply3 retweets1 like

Are you striking or not?

That is like calling for a march but quickly adding, "If it interferes with your daily workout just stay on the treadmill and say some affirmations and we will considering you to be marching with us."

Monday, February 13, 2016.  Chaos and violence continue, it's day 119 of The Mosul Slog, US troops and US taxdollars fight for Iraqi women . . . to be forced to cover their faces in Karbala, Moqtada al-Sadr's protests finally get a bit of western media coverage, and much more.


Iraq, Iran and Afghanistan in the 1960's, progress is never a given #decline

That's a good place to start because I, honestly, do see progress as a given.  And I'm wrong many, many times.  So the Tweet above is a good reminder and also a good point of reference for one bit of latest  news.

While Iraqi forces fight extremists in Mosul, politicians vote on application laws of #ISIS, today hijab, tomorrow anything can happen

Just as a wave of countries is busy banning the niqab in public, one Iraqi city is bucking the trend to refuse entry to women not covering their heads.
While Morocco and Austria may have been the most recent nations to criminalize the full-face covering, Karbala in Iraq appears to have gone in the other direction, imposing its version of modest dress on female visitors.
Last night, the following was posted on a Facebook page purportedly belonging to the chairman of the Karbala Provincial Council, Nasif al-Khatabi.
I promise you, people of Karbala, that from today I will spread Islam in Karbala and make my course according to the way of Muhammad, and of his relatives.
Today, the council agreed not to allow visitors to enter without the hijab. We will also take the decision to ban music in the holy city, as well as dancing and tight clothes, with God's permission. And women will not be able to go out without an abaya or whilst wearing makeup. Let's protect the sanctity of Karbala. Your servant, Nasif al-Khatabi.

This will especially be a problem come June when temperatures in Karbala will rise to a high of 106 degrees Fahrenheit and higher.


The latest step backward in Iraq.


So the US government supports this?

US forces are in the ground in Iraq.  US taxdollars are flowing into Iraq.

And this is what's being supported?

Not really sure why -- and that's after reading it.

Apparently, he wrote it to attest to his moral superiority.

He's especially morally superior to veteran Eric Fair in his column -- which drones on and on even more than his overly praised collection of short stories did.

Is Eric not a victim?

I sure see him as such (and a survivor).

The US government put Eric in Abu Ghriab, he didn't put himself there.

Phil Klay also finds  Stanley McChrystal to be a source worth quoting.  Point of fact, it's not "Gen. Stanley McChrystal," Phil.  He's retired now.  If you'd stop slobbering over the crotch of the brass -- wait, if you did that you wouldn't have signed up in the first place but I do love how you enlisted after the Iraq War started but love to insist that you signed up because you knew the US was going to war.

Point of fact, it did that in October 2001.  Or, Phil, did you miss the whole (and ongoing) Afghanistan War?

The title of Klay's useless nonsense is "What We're Fighting For."

While he does get in a dig at US President Donald Trump, he never does get around to explaining "what we're fighting for" in the ongoing Iraq War.

Nor does he ever entertain the idea of what Iraqi civilians want.

We're supposed to consider him liberal because he can see an Iraqi solider as human.

Such is the lowered bar.

Meanwhile, the Iraq War has destroyed the rights of Iraqi women.

It's created the region's worst refugee crisis since 1948.

It's led the educated to flee because the US government backed and installed exiles who returned to Iraq (after the war started) with a chip on their shoulder and grudge to f**k for the rest of their lives.


Qassim Abdul-Zahra and Susannah George (AP) file an embarrassing piece about how Iraq is up in arms over Donald.  The article includes this:


Now the Iraqi leader [Prime Minister Hayder al-Abadi] is coming under pressure. Lawmakers are demanding he reduce cooperation with Washington in the future, limit or prevent American troops from staying in the country after the defeat of IS, and reciprocate for any travel ban on Iraqis. Members of powerful Shiite militias have outright warned of retaliation against Americans if the U.S. carries out any military action against Iran, their patron.
"Trump embarrassed al-Abadi," said Saad al-Mutalabi, a lawmaker and long-time ally of former Prime Minister Nouri al-Maliki, one of al-Abadi's most powerful political opponents.
"There will be a general consensus that Americans should not stay in Iraq after Mosul, after the statements and the executive order from Trump," he said. "We believed that we had a strategic agreement with the U.S."

Donald's statements may mean Iraq asks US troops to leave Iraq after the Mosul liberation or 'liberation' is finished.

Only the war mongering (and profitting) corporate press could paint US forces leaving Iraq as a bad thing.

The two AP reporters insist on speaking for Iraqis.

When do they speak to the Iraqi public?


And the reporters really confess to their two-faced lying nature in this paragraph:

Many among the Iraqi public, as well as the military and political class acknowledged the need for -- even welcomed -- U.S. forces and political support. But that has been mixed with anger over abuses and civilian casualties caused by U.S. troops, as well as frustration that U.S. policy missteps following the 2003 invasion, including disbanding the Iraq army after Saddam's fall, helped foster the insurgency, eventually leading to the creation of al-Qaida in Iraq and later the Islamic State group.

Since the start of the Iraq War, the one consistent in all polling of the Iraqi people has been?

That they want US troops out of Iraq.

Possibly, if the 'reporters' bothered to actually cover Iraq -- instead of dashing to politicians and military officers -- they might know that.

But, chances are, they do know that, they just are under orders to whore in order to keep the never-ending Iraq War just that: Never-ending.


Interestingly, they also avoid noting what Hayder al-Abadi has said, or rather, what he's publicly Tweeted: 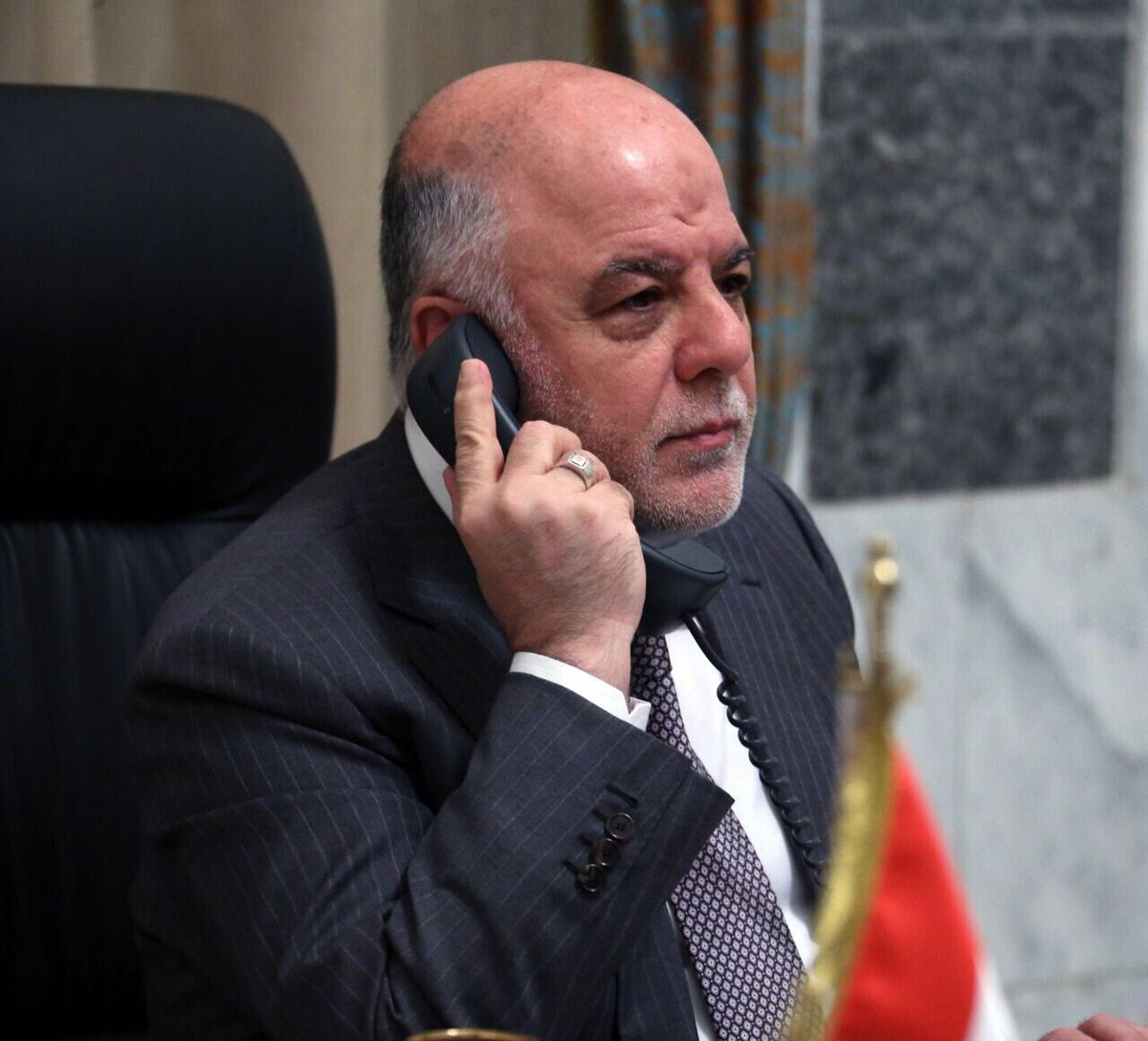 Good to speak with @POTUS on brave sacrifices of Iraqi people to defeat [the Islamic State] and US backing for Iraq
pmo.iq/pme/press2017e…

The number of days in the operation to liberate or 'liberate' Mosul so far.

And last week, they were claiming east Mosul was liberated and that was proof of success.


Then the bombs went off.

The western media ignored the protest.

From the February 8th snapshot:

NINA reports that MP Magda al-Tamimi is calling for the members of the electoral commission to appear before Parliament for questioning due to a number of reasons including the large amounts of complaints about alleged corruption she has been receiving about them.


Due to the protest, ALSUMARIA reports, the Election Commission has closed shop and gone home for the day to avoid "friction" with the protesters.

And ALSUMARIA is reporting that the protest has started with thousands turning out to demand changes in the electoral commission and in the voting law.

ALL IRAQ NEWS carries the above photo in their report on today's protest in Baghdad.


But the western media ignored that one as well.


Over the weekend, a third protest took place.

This one the western media -- at least AP and BBC -- covered.


As we noted Saturday the 11th:

Did the crowd turn out?

The demonstration in Tahrir square #Baghdad  is getting bigger and bigger. #Iraq


Breaking: Demonstrators pass the security barriers & they go to the gates of the #Green_Zone. #Baghdad


This was the third protest Moqtada had called in the last nine days.

It's also the only one western press elected to cover.


Violence is the 'hook' for their stories.


Saturday's protests were called for by influential cleric Muqtada al-Sadr and clashes that erupted as crowds pushed toward the Green Zone left two policeman and three protesters dead, according to police and hospital officials.


The officials said six other policemen were injured along with dozens of protesters. The violent outbreak prompted the government to call for a "full investigation."

The western media is all over this story . . .

Qassim Abdul-Zahra's report is reprinted all over (like here).

And a longer version also includes:

Mr al-Sadr's office issued another statement on Saturday night following news of protester casualties claiming that "excessive force" was used against the demonstrators and threatened greater protests.
"The next time the blood of our martyrs will not go in vain," the statement read.

Dozens of protesters were injured? 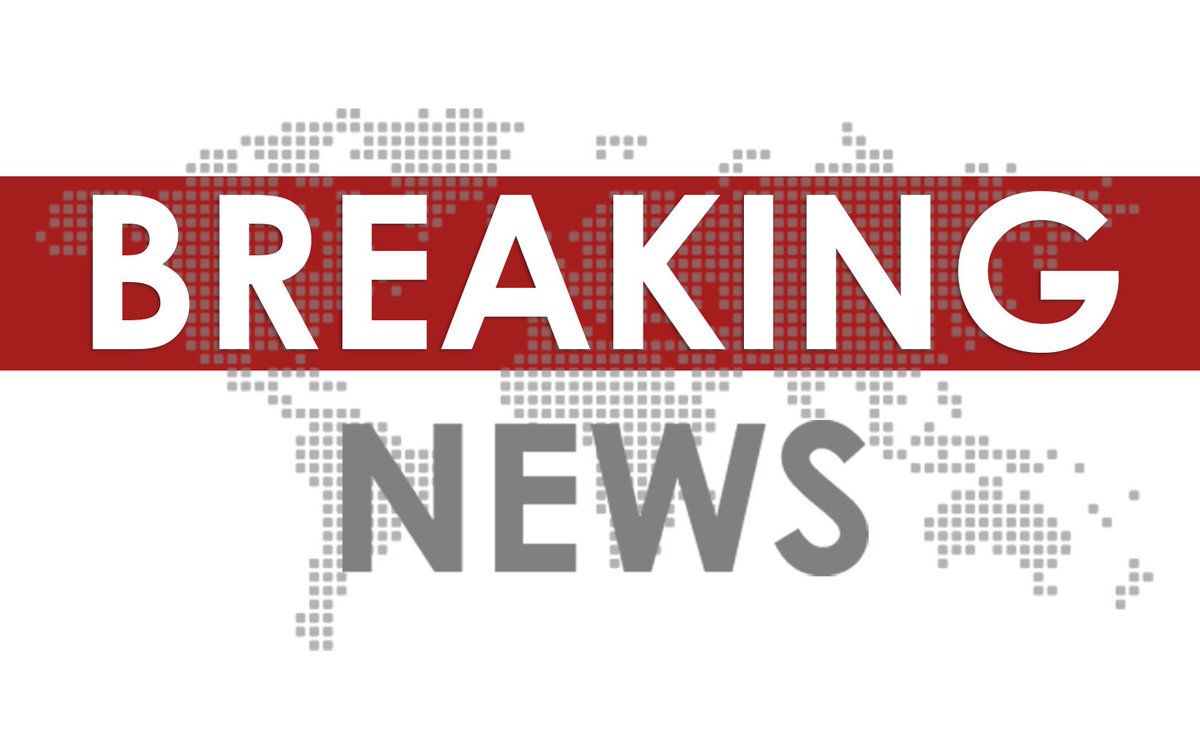 
BREAKING: At least 5 people killed, 320 were injured after a protest turned deadly in #Baghdad, #Iraq - @Duhokpost 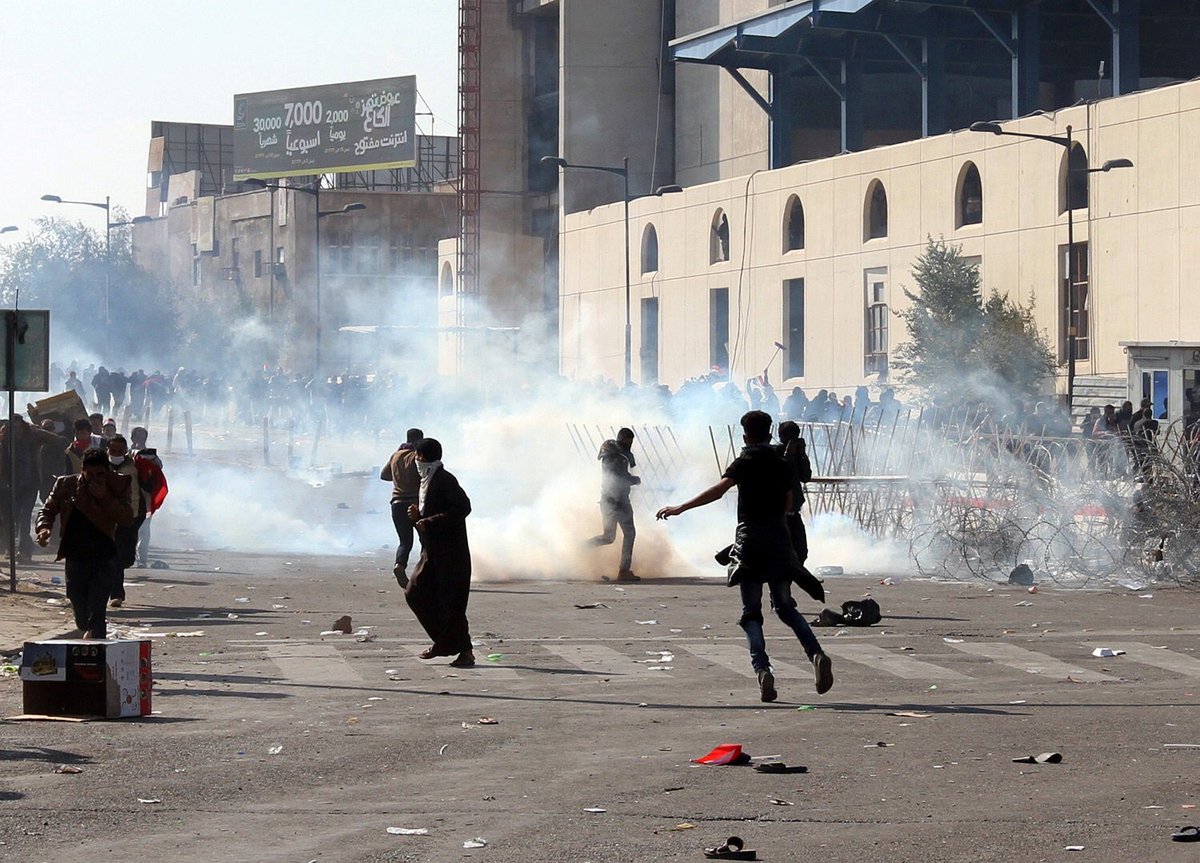 It would appear the forces overreacted in their responses -- from the deaths and wounded tolls alone, they overreacted.


It would appear AP under-reacted in their reporting -- including what was at the heart of the protests -- corruption.

The protesters, mostly supporters of the Shia cleric Moqtada al-Sadr, want changes to the electoral commission that oversees elections.
They say the commission is not independent because all its members are linked to political parties.

Head of the Sadrist Movement, Muqtada al-Sadr warned on Sunday of a “dark end” in Iraq, after at least eight people were killed and hundreds were injured when confrontations erupted between his supporters and security forces during a protest held in Baghdad’s central Tahrir Square to demand an overhaul of a commission that supervises elections ahead of a provincial poll due in September.
As a response to the Katyusha rockets that hit the fortified Green Zone and its surroundings on Saturday evening, Sadr wrote on his Twitter account: “If any of my followers resorts to violence and does not withdraw or engages in an act of sabotage to put security in Baghdad or Iraq in jeopardy, I disavow it.”
Security sources said the rockets seem to have been fired from Baladiyat, a district where Sadr has a lot of followers. However, Sadr denies the claims.
Sadr issued another statement later on Sunday warning of a “dark end to our Iraq, our beloved nation, and our proud people.”


Interestingly, the report notes that Dawa is criticizing Moqtada and states Dawa is the party of former prime minister (and forever thug) Nouri al-Maliki.

While Nouri and Moqtada are bitter rivals, it's also true that Dawa is the political party of the sitting prime minister Hayder al-Abadi who, interestingly -- or tellingly?, is not mentioned.