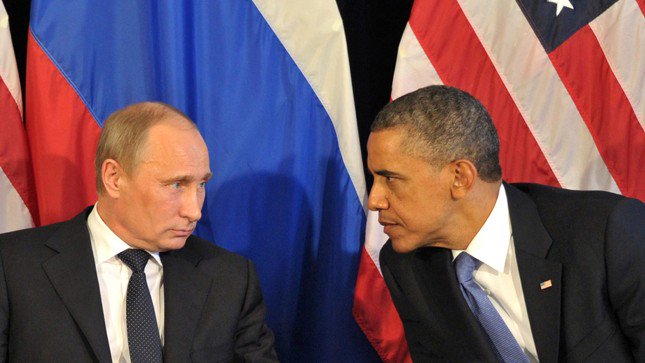 I am not surprised.

Everyone in my neighborhood -- which is mainly Democrats but there are a few Republicans and two Greens -- feels this election is over and that Hillary's crazies are being ridiculous and sore losers.


They will resort to anything.

And they get away with it because the media refuses to call this crazy nonsense out.

Every week, it is something different, some great crime that robbed Hillary Clinton of the presidency.

I am so sick of this crazy.

The election is over.

Are we going to have to spend four years where every day is the crazy crowd whining about the election.

Idiots should have backed Bernie Sanders.

He could have won.


This is C.I.s "Iraq snapshot" for today:

Thursday, December 15, 2016.  Chaos and violence continues, the Mosul slog continues, a report that Iraq's government is slashing benefits on a woman who may be the oldest person on the planet, and much more.

2h2 hours ago
Mohammed Tawfeeq ‏@mtawfeeqCNN
Today marks the end of second month since the #Iraqi-led coalition launched the operation to retake #Mosul from #ISIS on Oct 17,2016.


It's day 59 of the Mosul operation and the slog continues.


It's produced War Crimes, this operation.  It's killed civilians.  It's destroyed homes.  The US government has bombed hospitals (War Crime).  But they're not really able to do much more, are they?


Oh, wait, they have created something: Refugees.

The Baghdad Post ‏@TheBaghdadPostE  19m19 minutes ago
The number of displaced people from #Mosul has reached 110,000 civilians, mostly women and children. #iraq http://www.thebaghdadpost.com/en/story/4149/Number-of-displaced-people-from-Mosul-hits-110-000 …

CNN gathers a number of Iraqi voices in a piece by Moni Basu.  This is from the section on Bashir Mohammed Khadir who, along with his wife and their eight children, is now a refugee:

Khadir gulps his glass of syrupy tea before he launches into a tirade. He blames the 2003 invasion for creating a power vacuum in Iraq that gave rise to extremism. He says the United States abandoned Iraq in its hour of need when it withdrew its troops in 2011.
But mostly, Khadir resents the Shia-dominated government in Baghdad for playing to sectarian tensions.
"Iraq can only be one again if we remove the people in power," he says. "The government does not care about the people."
He mentions a law that bans alcohol. The parliament passed it in October, just days after the Mosul offensive launched. Khadir considers himself a Muslim, but says: "Not everyone in Iraq is a Muslim. Why should there be a ban on alcohol?"
These are the kinds of things Khadir believes will continue to stoke differences among Iraqis.
"It's impossible," he says, "for life to go back to normal, for us to live in peace."


"ISIS is not a new phenomenon. There has always been an ISIS for us," he says, referring to years of persecution of minorities in Iraq.
At one time, there was a thriving Jewish community in Iraq. The New York Times cited a 1917 Ottoman census that counted 80,000 Jews among the 220,000 residents of Baghdad.
But the community has largely been extinguished through discrimination, persecution and exodus to Israel.
Mamsani grew up in the Kurdish city of Irbil, the son of a Jewish mother and Muslim father, and recalls his own experience of being forced to study Islam in school and pray in the Muslim fashion.
He says only 10 Jews are left in Baghdad. Another 50 families are said to be living in the Kurdish areas, but Mamsani believes the real number is higher. He says many Jews practice their faith clandestinely because they are scared.

"ISIS is not a new phenomenon.  There has always been an ISIS for us."

It's a reality that many in the west do not want to admit.

Thing is though, they don't know how many members of the Islamic State there are -- let alone how many in states with porous borders.


Thing is, they can and do make up numbers.

I'm sure the estimates exist.

And they're always shaped, as they move up the chain to the White House to convince whichever president is in the White House at that time that things are going wonderfully.

These are happy thoughts collected.


And when that's all they have to offer -- 59 days in -- then their mission is going very poorly.

US secretary of defense Ash Carter said this month that it is "certainly possible" that the "tough fight" to retake Mosul will occur before President-elect Donald Trump takes office on January 20. Yet, a week prior, Rupert Jones, Britain’s most senior commander in Iraq and deputy commander of the US-led coalition in the region, called for "patience," saying that there is no deadline for establishing control of Mosul as civilian and military casualties continue to mount.
“They [the US-led coalition] probably realize that the thing in Mosul is not going to be very successful,” retired US Air Force Lieutenant Colonel Karen Kwiatkowski told RT last month.
With a change in presidential administrations on the horizon, Carter has suggested an enduring US presence in Iraq seems likely, even if IS is expelled.
"But there will still be much more to do after that to make sure that, once defeated, ISIL stays defeated," he said earlier this month at the Reagan National Defense Forum. "We'll need to continue to counter foreign fighters trying to escape and ISIL's attempts to relocate or reinvent itself. To do so, not only the United States but our coalition must endure and remain engaged militarily."
Since taking office in January 2009, President Obama has overseen a vast expansion of Bush's "global war on terrorism," including targeted-killing campaigns with the use of armed, unmanned drones. In a presidential memorandum released on December 5, the White House said the US military operations around the world are grounded in the October 7, 2001, Authorization for the Use of Military Force (AUMF), by which Congress approved military operations and counterterrorism combat operations against Al-Qaeda and vaguely-defined "associated forces" following the attacks of September 11, 2001. Since August 2014, those "associated forces" have expanded to include operations against Islamic State and, more recently, Al-Shabaab in Somalia, among other groups.


And Mosul was seized by the Islamic State in June of 2014.

It was over two years later when the Iraqi government finally got the 'will' to try to take the city back.


Now the slog goes on and on.


It's not spoken of.

Mainly because it's been so awful in all the other areas 'liberated.'

Mustafa Habib (NIQASH) reports on conditions in Iraq today and we'll zoom in on this part:


In Iraq most jobs are provided by the government, which uses revenue from oil, to pay wages and provide services. Many locals have been loyal to their government because the government is also their employer. However, due to the fall in oil prices and the ensuing deficit in the federal budget, the government has been struggling to fulfil those obligations to salary earners.
The security crisis caused by the IS group has coincided with this financial crisis, making things even more difficult – especially now, when major reconstruction efforts are needed in places like Anbar and Salahaddin. The Iraqi government says the number of people living in poverty in provinces like Anbar, Salahaddin and Ninawa has risen dramatically and that unemployment is also growing in the wake of the security crisis.

Locals have returned to their homes nonetheless, given that they had spent uncomfortable months in camps for the displaced. But they have returned to find, not just destruction, but also unemployment and lack of any funds to rebuild. Many had spent their savings while they were displaced and unemployed. And now the government is no longer even able to provide new job opportunities.


And it's not going to get any better.


It calls for more spending on weapons and even less on people.


Small protests have taken place as a result.


On the internet, these austerity measures may have a face as a result of IN THE NOW.


Let's again note this from the  International Crisis Group's  "Fight or Flight: The Desperate Plight of Iraq's 'Generation 2000':"


The leadership’s inability to forge a future for “Generation 2000”, which grew up after Saddam Hussein’s fall, has turned it into easy quarry for predators, be they IS, Shiite militias or populists preaching Iraqi nationalism. The potential for mobilising large numbers of young men at loose ends as pawns in violent conflicts has enabled both IS and Shiite militias to gain recruits. In the process, it has compounded sectarian polarisation and widened the divide between street and elites. Fed by fresh pools of fighting-age men, local tensions and conflicts proliferate and escalate, destabilising the country and the surrounding region. The most powerful Shiite militias receive training and advice from the Iranian Revolutionary Guards, have an ideological orientation consistent with Tehran’s and can be deployed as proxies outside Iraq as well.
The familiar expression “youth radicalisation” distorts the reality that an entire generation is adrift, in need of a dramatically new state-led approach. Young Iraqis whose formative years were in the post-2003 turmoil have much more in common than they suspect, whatever side of local conflicts they are on, but they have been increasingly socialised within communal confines and left to the mercy of radical groups that promote dehumanised, even demonised perceptions of one another.
Before violence engulfed Iraq again, with the rise of IS, youth had attempted to peacefully hold the political class accountable for years of dismal governance. Sunni Arabs staged sit-ins in several towns in 2013, questioning national leaders, including senior Sunnis. They met with repression, leaving scores dead, many more in prison. These events paved the way for IS, which seized Falluja, the Sunni town nearest Baghdad, Mosul and other majority-Sunni towns in June 2014.
The collapse of the Iraqi army triggered a Shiite call to arms. Militia commanders quickly tapped into youthful disappointment with the Shiite political establishment, turning it into sectarian mobilisation against IS. By summer 2015, IS’s battlefield fortunes had turned, even as it continued to control territory and population. The absence of services, especially electricity shortages in the searing summer, stimulated a popular movement in Baghdad and other majority-Shiite areas reflecting a general sense of frustration with the political establishment.
Youths flocking to either side of the sectarian divide faulted ruling elites on the same grounds but ended up fighting each other. The political class’ response has been to protect its interests by divide and rule, redirecting anger into fratricidal tensions. Iraq’s external supporters compound the problem by boxing a rudderless generation into distinct categories – fighters, protesters or emigrants – and taking a different approach with each: a military campaign to defeat IS, pressure on the government to institute reforms to undercut demands and an effort to strengthen border controls to keep out migrants. Putting the emphasis on fighting IS, in particular, translates into tolerance of the Shiite militias, whose rise has contributed to sectarian polarisation and empowered a militia culture that compels young professionals to emigrate while boosting commanders’ political ambitions.

Oil is always a part of the story.  I'll refer you to this post at ZERO HEDGE for what's really going on with oil production in Iraq.  And if you're trying to follow reality in the fake news push to blame Russia, Larry Johnson has three interesting posts up at his site NO QUARTER:

Why The CIA Can’t Be Trusted