Kat passed this over to me:

If you're a Ben Harper fan, make it a point to check it out. 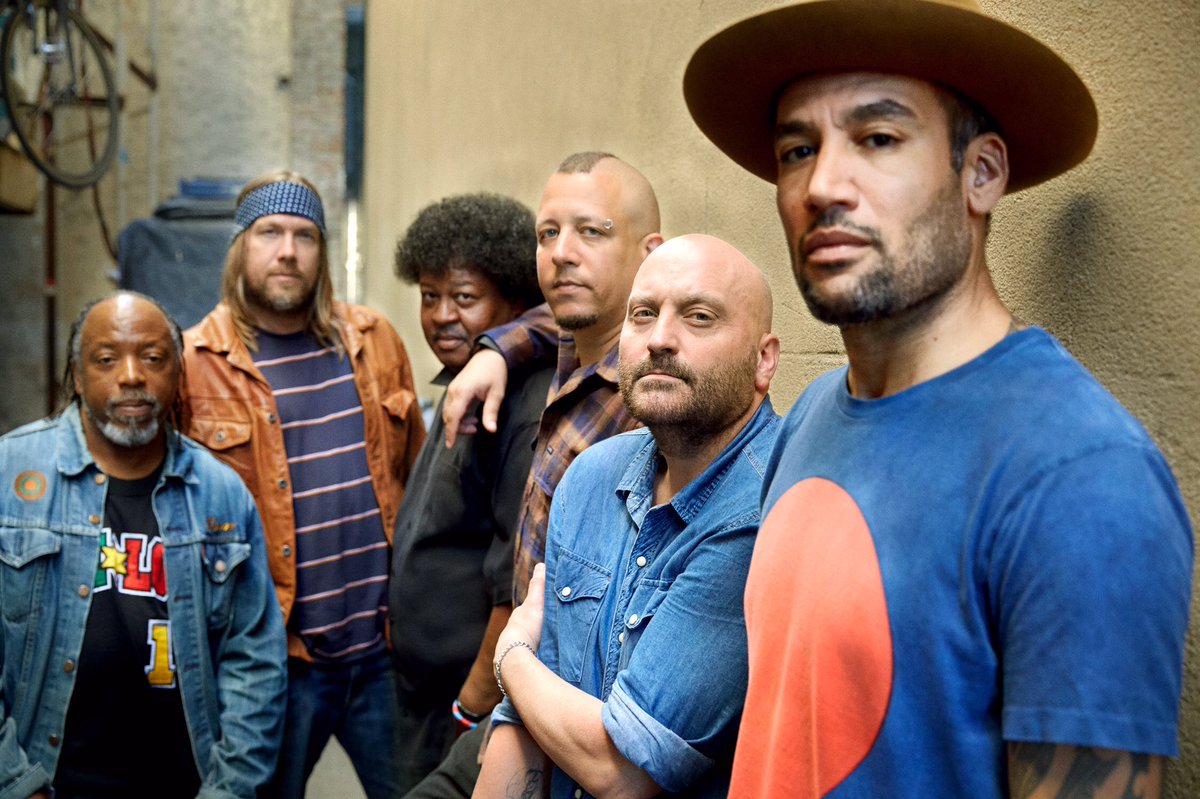 
And now a question for the gals mistaking push up bras for feminism, did Hillary backslide?

CBS NewsVerified account ‏@CBSNews  14h14 hours ago
Hillary Clinton: "Let me just mention one threat in particular that should concern all Americans... the epidemic of malicious fake news"

Now she has gone back to wearing make up.

Where is all the commentary on that?


As usual, the only ones tackling the real issues were Ava and C.I. [see "Media: Looks are/aren't important (last week's conflicting message)"].

Thursday, December 8, 2016.  Chaos and violence continue, the US admits to bombing a hospital, Iraq drops bombs on civilians, fake news is in the eye of the beholder, and much more.

More War Crimes out of Iraq.


Moonnor27 is on the frontlines calling out War Crimes.  Today, the media's actually noting this crime -- though most aren't eager to call it a crime.

It's a legally defined War Crime.

I thought the media was all about truth telling.

Oh, wait, that's right.  They're not interested in truth.  They just want to be able to call President-elect Donald Trump a "liar."  That's all they're interested in.


How bad was the above?


So bad it even made it into Wednesday's State Dept press briefing:


QUESTION: Just one question. Can I please read a news report --

QUESTION: -- and wonder if you can comment on this.

MR TONER: I’m sorry, he coughed and I just missed it. I apologize.

QUESTION: Sure, sure, sure. So the report says airstrikes on an ISIL-held town near Iraq’s western border with Syria killed dozens of people on Wednesday, including many women and children, two parliamentarians and local hospital sources said – they said the airstrikes hit a busy market in the town of Qaim in Iraq’s Anbar province. Anbar lawmaker Ahmed al-Salmani and hospital sources said 55 civilians were killed. Can you comment on this?

MR TONER: I cannot. It’s the first time I’m hearing of it, so we’ll look into it. Is there any greater clarity on who was behind the airstrikes or – okay. Okay.

QUESTION: I would ask you if you --


MR TONER: Yeah. I’ll look into it. This is the first time I heard about it.

For the record, spokesperson Mark Toner and the press ignored (again) the three Americans held in an Iraqi prison -- Canadian Michael Kennedy was held with them.  The Canadian government secured Michael's release earlier this week.  The three Americans (and two Germans) remain held, unidentified and unreported on in the US press.


Back to the latest War Crime, REUTERS reports:

Air strikes on Wednesday killed dozens of people, including many women and children, in an Islamic State-held town near Iraq’s western border with Syria, two parliamentarians and local hospital sources said.

They said the air strikes hit a busy market in the town of Qaim, in Iraq’s Anbar province. The local hospital sources said 55 civilians were killed, including 12 women and 19 children, in three air strikes.

The IS-affiliated Amaq news agency published video purportedly showing the aftermath of what it called a "massacre perpetrated by Iraqi aircraft" in al-Qaim.
The footage showed vehicles on fire on a main road lined with shops, damaged buildings, and the bodies of several children.


In June of 2014, the Islamic State seized the city of Mosul.

52 days ago, the Iraqi government finally launched an initiative to liberate (or 'liberate') Mosul.


While predatory media drones like Elise Labott have rushed to insist that the operation was going beautifully, reality has frequently begged to differ.

War Crimes have been reported throughout the operation (just as was the case in the 'liberation' of Falluja and Ramadi).

MIDDLE EAST EYE notes, "A spokesperson for the provincial council of Anbar claimed the strike was carried out by an Iraqi aircraft and demanded a government probe."  RUDAW quotes a statement Speaker of Parliament Saleh al-Jabouri posted to his Facebook page: "The parliament speaker holds the (Iraqi) government responsible for committing such mistakes while calling on it to open an immediate investigation to reveal the truth and guarantee that it will not happen again."

And the US government was quick to insist that they weren't involved in the strike.

Though rushing to deny US involvement in the strike on the market, no such effort was made when it came to the US-led strike on a hospital.


The US military has deliberately conducted an airstrike on a hospital in the Iraqi city of Mosul, it said on Wednesday, after saying its Iraqi allies came under fire by Islamic State fighters from the hospital complex.


December 8, 2016 Release #20161208-01 FOR IMMEDIATE RELEASE: SOUTHWEST ASIA — On Dec. 6th, Iraqi Security Forces attempted to seize the Al Salem hospital complex from ISIL fighters in the heart of East Mosul. ISIL was using the hospital as a base of operations and command and control headquarters.  After seizing the area, the ISF fought off several counterattacks and six VBIEDs the following day before retrograding a short distance, under heavy enemy fire, to strengthen their position. On Dec. 7th, after Iraqi forces continued to receive heavy and sustained machine gun and rocket propelled grenade fire from ISIL fighters in a building on the hospital complex, they requested immediate support from the Coalition. In support of the Iraqi Security Forces, Coalition aircraft conducted a precision strike on the location to target enemy fighters firing on Iraqi forces. The Coalition complies with the Law of Armed Conflict and takes all feasible precautions during the planning and execution of airstrikes to reduce the risk of harm to non-combatants. We will continue to strike ISIL military targets in support of our partners in order to defeat ISIL in Iraq.


In a poll released this week, the International Committee of the Red Cross found that 82% of people surveyed in 16 countries considered it wrong to attack “hospitals, ambulances and health-care workers in order to weaken the enemy”. The proportion of people agreeing drops to 79% when only residents of the US, Russia, China, UK, France and Switzerland are questioned.


Of course it's wrong, it's a War Crime, legally defined as such.

The Mousl operation has been little more than a license to kill Sunni civilians.


Maybe some day, that brave and truth pursuing media might want to tell those stories.

The corporate media was biased and uninformed throughout the election campaign.  They picked sides (Hillary) and they look like fools for their 'analysis' now.

So what to do?

What does any spoiled brat do when they're in trouble?

Think about their actions?


No, they try to put the blame on someone else.

So the media (and the White House) have ramped up a campaign against 'fake news' -- any strand of thought that they happen to disagree with.

How's that working out for them?

Not very well at all.

All it's done is given people the chance to again talk about all the lies the media has told in the last two decades which includes the lies that led to the illegal war on Iraq.


Fake news kills -- when dispensed by the MSM.


Right now, the corporate media is trying to find isolated individuals and rushing to blame the actions of these individuals on, yes, fake news.


They're as stupid as the disgraced Corinne Brown.

What they're doing is shredding the wall they themselves created years ago.

That's the wall that enshrines the theory/hypothesis of the lone gunman -- the lone actor.

It'll be interesting the results of the corporate media's latest tantrum as it plays out over the next few years.

They never took accountability for Iraq.

And let's include the trash outside the corporate media in this -- the cesspool that now is MOTHER JONES magazine.


They didn't take accountability for the Iraq War.

Quite the contrary, two old biddies who thought they could buy their way into a rag and then water it down also thought that the pro-peace, pro-truth telling thing to do would be to hire as columnist . . . someone who endorsed the Iraq War.

And what did the two old biddies do besides that?

They felt no compulsion -- even at rag named "MOTHER" JONES -- to spotlight women writers.

And their 'proudest' moment in recent times?

Jamie, the ugly Stephanie explained, had a story that didn't match that of two men -- two men who may have raped her but, hey, if two men say a woman's lying about rape, then a woman's lying, right?

They ran with it.

Let's break down some basics: Rape is not about love or passion.

Rape is a crime and it's about control.

Rape victims do not have to act a certain way.

But the three bitches of MOTHER JONES condemned Jamie for going to work the next day and for not breaking down in tears but putting on a brave face instead -- this, they insisted, was not how a rape victim acts.

They weren't done, the three bitches -- and maybe they're jealous of Jamie because they're so ugly, especially Stephanie who looks like the dumpy, ugly girl in Brian De Palma's CARRIE -- no, they then wanted to try to use her medical history against her.

And The Mother Jones Bitches Three felt that's what you do when a woman says she was raped, look for ailments in her past history to paint her as crazy or a liar.

Jamie's not a liar.

As I noted when she lost her case, I believe her.

I believe her to this day.

Her story has been consistent and no one's managed to establish that she's a liar.

She lost her case -- and that is too often what happens when a woman is raped.

For The Mother Jones Bitches Three to then go after her?

And to go after her with a piece of trash, garbage report that you'd expect to show up in some trashy nudie magazine?

Actually, they should do the world a favor and discontinue public life.

They are hateful bitches who destroy women and elevate men.

I suppose we should have sympathy for The Mother Jones Bitches Three since they are so very unattractive.


And God help you if you are an ugly girl
Course too pretty is also your doom
'Cause everyone harbors a secret hatred
For the prettiest girl in the room
"32 Flavors" written by Ani DiFranco, first appears on her album NOT A PRETTY GIRL


We link to living artists (plus Cass, she's our only exception) and I believe Kat's already reported on the death of Ani and the funeral.  For those who fill that sentiment is less than charitable, just keep telling yourselves that Antebellum Ani, like the Confederacy, will rise again.  And, no doubt, she will do so at Iberville Parish's Nottoway Plantation.


The following community sites updated in the last 24 hours: