Hillary Clinton may be the presumptive Democratic nominee, but the fight to unify the party and its traditional allies in the wake of an unexpectedly long and contentious primary is poised to go on much longer.

The more than 3,000 Bernie Sanders supporters and progressive activists gathered here at the "People's Summit" have engaged in little open talk about Clinton, preferring instead to plot a path forward in the wake of the Vermont senator's defeat -- and questioning the motivations of the Democratic Party and the legitimacy of its nominating contest.

Some of us, including me, will never be on board with that War Hawk.

Some of us, will never, ever vote for her.

Saturday, June 18, 2016.  Chaos and violence continue, the War Crimes in Falluja continue, thousands of new refugees have been created by 'liberating' the city, US President Barack Obama meets with Saudi royal, and much more.


The stupidity runneth over -- and circles around itself:


Does it get any more stupid than Green Lemon and Joel Wing?


A terrorist organization is not a government.

The Islamic State seized portions of Iraq not because they were so wonderful or so trained but because the government of Iraq was much worse than inept -- it was (and remains) corrupt and selective -- persecuting all that aren't in power but most openly persecuting the Sunnis.

al Qaeda, the big terrorist in the world mind throughout the '00s, never controlled Afghanistan.  (The Taliban did.)

In Iraq, thanks to the government of Iraq, they were able to seize territory.

That they can be driven from that territory should not been seen as a shock.

That it's taken two years for Haider -- and counting -- to reclaim Mosul is shocking.


That the Islamic State could be driven out of cities it holds in Iraq was never in doubt -- even without US participation.

That it's taking so long goes to the corruption that is the Iraqi government.


[Sidebar, we don't focus on Syria here.  We have not made a point to condemn or even criticize US President Barack Obama's scattershot approach -- which has included arming some of the same groups designated as terrorists elsewhere.  I would not have armed anyone but the picture there is different than in Iraq.  Though Barack's now being pressured -- heavy this week -- he has refused to send US combat troops into Syria.  I think that's probably the smartest thing he's done in his presidency.  The briefest possible description for Syria remains "civil war."]


And, again, these 'victories' should have taken place "even without US participation."

The fact that the 'victories' come only after a year and five months of daily US bombings, after that long in training, after the use of US forces in combat, etc, etc, is appalling. 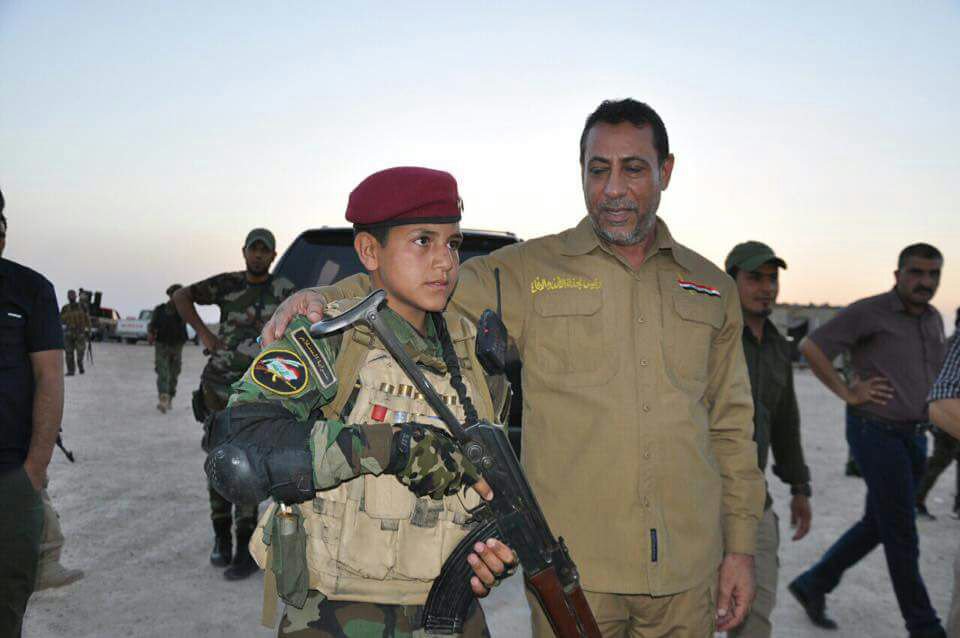 
And they're using child soldiers.

And should not happen.

But such children demonstrate more dedication and passion than the government of Iraq has.

That is the story.

For nearly two years, Haider al-Abadi has been prime minister of Iraq.

During that time, Mosul has been occupied by the Islamic State and remains occupied.

How do you look yourself in the mirror when you've allowed a terrorist group to take over cities and when you won't do anything yourself?

There is no rah-rah here despite the media drum beat and desire to create one.

They are an acknowledgement that the government of Iraq is a failure.

Beyond that, these actions are empty -- these military 'victories.'

But the military actions are meaningless in terms of wiping out the Islamic State.

It's a terrorist organization that took root in Iraq because of the government persecuting the citizens.


Analysts say the battlefield gains will need to be followed by political reconciliation, since the Islamic State was able to take advantage of Sunni anger at the Shiite-dominated central government.
The Islamic State is not popular among Sunnis, but resistance in some areas of the country was weak, since many Sunnis did not want to fight on the side of the Iraqi government — allowing the militants to take over large swaths of territory two years ago.
"Political concessions with Sunnis will be needed for the Fallujah operation to sustain any gains," said Sterling Jensen, an assistant professor at the United Arab Emirates' National Defense College in Abu Dhabi.


There has been movement on the political front.


Haider al-Abadi has replaced Nouri al-Maliki as prime minister but the persecution has not changed.

The two are friendly (at one point, they were friends) and they both hail from the same political party (Dawa).

Haider's blusters about ending corruption but then appoints a member of Dawa to head the so-called investigations thereby ensuring that Nouri and he himself are protected.

The corruption starts at the top.

As does the disregard for the Constitution of Iraq.


Haider's tossed out vice presidents -- a power he does not have in the Constitution.  He's tried to put together a new Cabinet -- while the old ministers remain in their role -- never having been stripped of the roles by the Parliament (the only body that has the power to do so).


He long ago lost the support of the leading Shi'ite cleric in Iraq, Grand Ayatollah Ali al-Sistani.


In the face of his continued failures, the 'liberation' means very little.

It certainly does not wipe away or justify War Crimes that have taken place this week -- such as:

And then there's the new refugees. 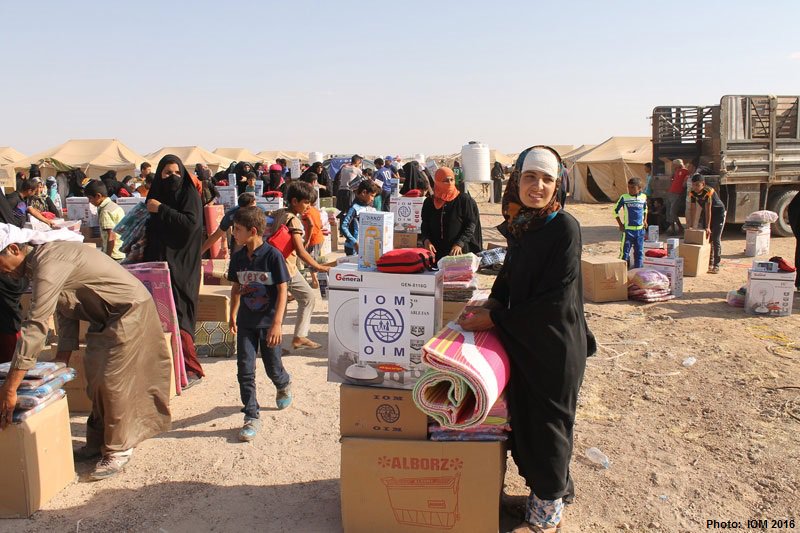 Readout of the President’s Meeting with Mohammed bin Salman bin Abdulaziz Al Saud, Deputy Crown Prince and Minister of Defense of the Kingdom of Saudi Arabia