Remember how Hillary Clinton has repeatedly stated she wants to cooperate with the investigation into her e-mails and she wants her staff to cooperate and all that other nonsense?

As the State Department's Inspector General's report last week demonstrated, that is a lie.  She refused to answer questions for that investigation.

Now it turns out she may also be refusing to cooperate with the F.B.I. investigation.

Sources: @HillaryClinton lawyer D. Kendall has reminded @FBI Clinton is under NO legal obligation to give interview. #clintonemails
379 retweets562 likes

Hillary Clinton is an embarrassment, not just a liar.

She is an embarrassment to the Democratic Party.

She is worse than Richard Nixon.

Can you imagine how bad things would be if she were president?

Thursday, June 1, 2016.  Chaos and violence continue, the assault on Falluja despite lies from the western media, war crimes continue, the United Nations releases their body count for the month of May, and much more.


The war that began with heavy assistance from a lying press continues to be a war riddled with press lies.

As noted in yesterday's snapshot, the claim that the battle for Falluja was halted due to the concern of what might happen to the 20,000 civilians trapped in Falluja.


The claim is a lie.

We'll get to that.

First, when we expressed doubts about the claim in yesterday's snapshot, I noted:

Haider al-Abadi is saying civilians at risk is why he's halting the battle of Falluja (temporarily).  Maher Nazeh (REUTERS) reports, "Iraq has delayed its assault on the city of Falluja because of fears for the safety of civilians, Prime Minister Haider al-Abadi said on Wednesday, as his forces halted at the city's edge in the face of ferocious resistance from Islamic State fighters."

Kind of feels like it's more due to "the face of ferocious resistance" that it's being halted.  In the next snapshot, we'll note how UNICEF's not usually so important.  (I'm not insulting UNICEF, I'm referring to their inability to have an impact regarding Iraqi coverage, let alone stop a battle.)

UNICEF did issue an alert Wednesday morning about the 20,000 children trapped in Falluja.

But UNICEF does many things -- many important things -- and most of the time the press can't even bother to note UNICEF.


For example, for over a year, Iraqis -- predominately Sunnis -- protested and the western press largely ignored them.  The protesters were not violenct.

But they were frequently the victim of government violence carried out on then-prime minister Nouri al-Maliki's orders.

This was the case most infamously in one assault.


The April 23, 2013 massacre of a sit-in in Hawija which resulted from  Nouri's federal forces storming in.  Alsumaria noted Kirkuk's Department of Health (Hawija is in Kirkuk)  announced 50 activists have died and 110 were injured in the assault.   AFP reported the death toll eventually (as some wounded died) rose to 53 dead.   UNICEF noted that the dead included 8 children (twelve more were injured).


To this day, western media, when referencing the 'incident' will not note UNICEF.

The Patrick Cockburns will downplay the massacre and never note the dead children.

You can use the UNICEF link -- it still works.

But UNICEF issuing a statement on dead children can't even result in western media reporting those deaths yet somehow one of its statements can result in operations being halted?

No,, that doesn't make sense.


And, no, the assault on Falluja was not halted.


News Of Iraq|Center ‏@NewsOfIraq_EN  23h23 hours ago
11 Civilians were killed & 19 were injured due to the #shelling by #Shiite militias & #Iraqi troops on #Fallujah a little while ago.
1 retweet2 likes


Late Wednesday night, Mustafa Saad (ALSUMARIA) reported that Haider al-Abadi declared there was no delay in Falluja operations and quoted Haider stating, "We are following the plan for the liberation of Falluja and there is no delay in the operation."

So a lie got widely repeated by the western media.

But it would make the world believe that Haider cared about safety and justice.

An obvious lie but one that the US State Dept continually repeats.

QUESTION: Okay. There are some 50,000 people that are inside Fallujah, civilians. And people – as the battle looms, or maybe the entry into Fallujah is being planned, do you have any provisions to take care of these people? Does the United States on its own or together with the Iraqi Government have any kind of contingency plan to look after these people?


MR KIRBY: We’re certainly deeply concerned about the civilian population in Fallujah, and you’re right, they are trapped and they’ve been trapped there. Now, as I understand it, the Iraqi Security Forces are already going into this operation but are doing what they can to try to provide avenues of escape for some civilians. And I want to be careful not to speak specifically to what is in fact an ongoing operation, but there are provisions being made to try to help people get out and to care for them when they do. Obviously, as a member of the coalition, the United States continues to support those efforts and we’ll certainly do what we can, but this is – as I said, this is an Iraqi Security Force operation.

The civilians are daily abused and assaulted in Falluja. 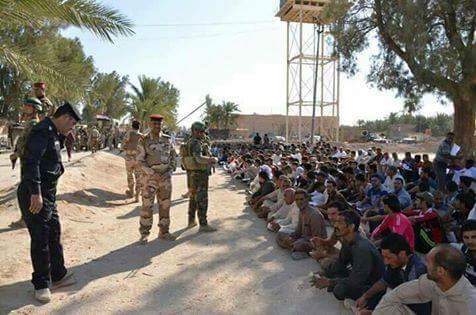 News Of Iraq|Center ‏@NewsOfIraq_EN  14h14 hours ago
#Fallujah| #Shiite militias abduct men in liberated areas & throw their corpses in the river after shooting them. 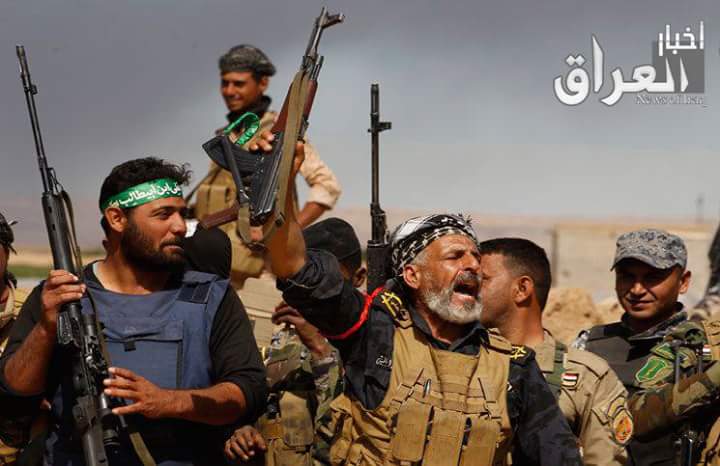 
Over the weekend Iraqi officials confirmed that Iraq's controversial Popular Mobilization Forces [PMFs], Shiite-dominated militia groups, are participating in the fight for Fallujah, just west of Baghdad in central Iraq.
Human Rights Watch and the U.S. Departments of State and Defense have reported continued instances of war crimes over the past year in Sunni areas north of Baghdad such as Tikrit — showing that some groups in the military and militias on Baghdad's payroll have not stopped committing abuses since an ABC News investigation revealed widespread atrocities posted on social media 14 months ago.


A decade ago, the Iraqi known to U.S. officials as Jamal Jaafar Ibrahimi was in a cat-and-mouse game with U.S. forces and on the run from a Kuwaiti death sentence for allegedly orchestrating bombings at the American and French embassies there in the 1980s. The U.S. Treasury lists him as a terrorist.

Today, the shadowy figure—known mostly by his nom de guerre, Abu Mahdi al-Mohandes—is the most influential commander in the Popular Mobilization Forces, or PMF. The force of mostly Shiite Muslim recruits is Iraq’s parallel army, crucial in successes against Islamic State in the past two years, filling the gap after the regular army crumbled and the U.S. moved to help rebuild it.
[. . .]
Iraq’s Iran-backed militias are “the infrastructure of future civil wars,” said Zalmay Khalilzad, a former U.S. ambassador to Baghdad.


As the abuses continue, some in Iraq's political circles call them out.  AFP reports:


Iraqi parliament speaker Salim Al Juburi said on Thursday he was concerned over reports of abuses committed by government forces against civilians during the current operation to retake Fallujah.
He cited reports of mistreatment of civilians by members of the federal police and the Shiite majority Hashed Al Shaabi (Popular Mobilisation) paramilitary forces and urged prime minister Haider Al Abadi to enforce discipline among government ranks.

In other news, Haider's cut off Baghdad's bridges and roads, ALSUMARIA reports, in an attempt to halt protests by followers of Shi'ite cleric and movement leader Moqtada al-Sadr.

Meanwhile, with May over, the United Nations has released their figures (an undercount) of deaths and injured in Iraq for the month:


Strikes in Iraq
Rocket artillery and fighter and remotely piloted aircraft conducted 17 strikes in Iraq, coordinated with and in support of Iraq’s government:

-- Near Qaim, a strike struck an ISIL tactical unit.

-- Near Albu Hayat, a strike struck an ISIL vehicle bomb.

-- Near Habbaniyah, a strike struck a large ISIL tactical unit and destroyed an ISIL fighting position and an ISIL vehicle.

-- Near Hit, a strike destroyed an ISIL mortar position.