The verdict is in

The former WH physician to Obama & Trump says 'something is not right' with former VP Joe Biden. "The best way I can describe every time I see him is that he's just lost," said Dr. Ronny Jackson - who recently won a GOP congressional primary in Texas.

"Something's Not Right With Biden" According To Former White House Physician
"These aren't gaffes anymore. He can't form sentences."

I think that says it all.

The job shouldn't have been that hard.  Air a boring convention that reassured those who were starting to weaken on Joe.  No fancy guest stars, no innovative camera work.  Just bore America into believing that Joe could be trusted.

But they failed.  Epic failure, in fact.

Before we go further, can anyone explain why Michelle Obama was speaking -- in prime time, no less.  What elected office did she hold?  That's right, none.  What other former First Lady gets to speak?  In 2004, it was a fight to get Hillary Clinton on in prime time.  And she was a sitting US senator.  The DNC had a real woman problem but because of the pushback and because Hillary was a senator and was a fundraising star, the Democratic National Committee finally caved.  Michelle's husband isn't running so why is she speaking at all?

Not only did she speak, she spoke for 18  minutes and forty seconds.

Someone running for office could have used that time -- as was the case in 2004 when her husband was the keynote speaker and was running to become a US senator.

He gave the keynote speech which, by the way, Michelle did last night.  Last night?  We'll come back to that.  But grasp that a spot that's always used to promote someone running for office was given to someone who held no elected office.  And who had nothing to say.

She had nothing to say.

She had nothing to say yet she spoke longer than her husband did in 2004 -- and he had to take periodic breaks for applause and cheers.

Michelle had no audience to cheer her on -- just whores who were paid off.  Stephen Colbert -- looking more like a child molester than ever now that he and others go without make up -- was happy to show what a whore he was:

Stephen Colbert on Michelle Obama's DNC speech: “I’ll be honest with you. My job is to have a joke for every time somebody says anything in public. After watching Michelle Obama’s speech, I have never been more happy to fail at my job.”

Where the wealth's displayed

And where it's made,

The slaves will be taken

Some are treated well

In these games of buy and sell

Are burdened down to breaking

Was it past her bedtime?

Were they afraid she'd show up at the podium in granny panties, the way she did in 2008?

It's not a cat fight, it's not jealousy.

It's that Kamala was announced as Joe's running mate after -- after -- Michelle recorded the speech that aired last night.  No, she wasn't live.  What's worse?  Her keynote speech -- one of the most important speeches of the convention, of any convention -- was canned.  It was filmed ahead of time.  And not, grasp this, earlier that day.

Michelle's speech was filmed before that.  AP:

In keeping with the virtual nature of the convention because of the coronavirus, Mrs. Obama’s remarks were recorded before Biden’s announcement last Tuesday that he had chosen California Sen. Kamala Harris as his running mate.

This isn't a convention, it's an infomercial and it's a really bad one.  But sycophants will tell you differently.

The garbage and hate Michelle served up included, "Right now, kids in this country are seeing what happens when we stop requiring empathy of one another.  They watch in horror as children are torn from their families and thrown into cages [. . .]"  As Micheala Watkins character used to say on SATURDAY NIGHT LIVE, "Bitch, please."

But Biden mentioned "cages," specifically, and reporting from the time he was vice president described an enclosure for migrant children with that word.

Controversial use of ‘cages’ description

The term "cages" has continuously been used by Democrats in attacks against Trump and the detention of immigrants arriving at the border. The Trump administration says that the facilities it uses are not cages.

The description has been used to refer to chain-link enclosures holding immigrants at border processing facilities during both the Obama and Trump administrations.

Notably, critics of Trump’s "zero-tolerance" policy that resulted in family separations circulated a photo that purportedly showed children face down on the floor behind a chain-link enclosure during Trump’s tenure. However, the photo was from 2014 when Obama was president.

Our fact-check showed the Associated Press photo was taken in 2014 at a Customs and Border Protection facility in Nogales, Ariz. The photo was used in an Arizona Republic article centered on an influx of children arriving at the border unaccompanied by a parent or guardian.

"They are undocumented. They entered the country illegally. And when they were apprehended by U.S. Customs and Border Protection, they were shipped to Nogales from overwhelmed processing facilities in Texas.

"But they are still children in cages, not gangsters, not delinquents. Just children, 900 of them, in a makeshift border-town processing center that is larger than a football field."

The article adds that the children are "housed behind 18-foot-high chain-link fences topped with razor wire."

Jane C. Timm (NBC NEWS), "The Obama administration did detain people in cage-like structures, earning criticism from activists. Last year, Democratic activists circulated photos of children inside chain link fenced spaces in an attack on President Donald Trump, only for onlookers to later realize the photos were from 2014."

With her blow out and extremely false eye lashes, you had to wonder if she recorded early so she could work a hotel lobby?

You're a real whore when you get on national television to repeat a lie that's already been endlessly fact checked and determined to be a lie.

And you're a bigger whore for acting outraged about cages while staying silent while your husband put people into them.  Michelle had nothing to say of value because she's just a liar.  That's all she's ever been and that's all she ever will be.  In 2008, the times were still incredibly sexist and she benefited from that.  She gave a disgusting and anti-woman speech and the press lapped it up (we called it out in this community).  Now it's the #MeToo era and she wants to style herself as a feminist -- forget that she and Barack asked Harvey Weinstein to create an internship for their daughter -- so we're all supposed to pretend that she's some sort of feminist.  She's nothing.  She had a lifetime to make some accomplishments.  She did nothing.

And last night, she spewed lies and preached hate.

They've got nothing to help the American people -- in the midst of a pandemic, no less -- so they offer attacks on Donald Trump's character.  That didn't work in 2016 so this time around they're going to just lie.

Donald Trump, grasp this, is not disgusting or offensive enough to the Democratic officials, they have to lie to make him worse.

That's because the Democrats in office agree with the Republicans.  That's why we never end wars anymore.  It's why the American people are suffering.

And Michelle thought she could lie her way through a key note speech?  Shame on her.

And shame on the DNC for putting Kristin Urquiza on stage.  She lost her father to the coronavirus.  And she was on stage to rip Donald Trump apart for it.

Because they also featured, among other, Andrew Cuomo.  I love Andrew.  I thought he showed leadership when none was being offered -- national leadership.  RISING has repeatedly noted the problems behind his speeches and how his actions impacted, deaths he's responsible for.  I love Andrew, but we've reposted that coverage here.

When you use someone to attack Donald Trump over coronavirus, you don't then put Andrew on stage.

When you do that, it makes it clear that it's not about the coronvirus, it's about destroy and trash Trump.  You've taken a national tragedy and you've turned it into a partisan issue.  It's ugly and it's not helpful.

keeps trying to be down with plutocracy rather than turning out its base. Bloomberg, Kasich, and Whitman are speaking at the convention this week. But not Latino Democrats like

, whom I spoke with about his party’s issues last year.

Am still taken aback at how the only Latino presidential candidate in 2020,

@JulianCastro
, is not speaking during any prime time slot at
@DNC
convention this week. It's not like he was a keynote speaker in 2012. Dems are sending a really bad message here. Do they want to win?

No time for Julian, no time for Muslims or Latinos.  The big-tent they're proposing is really just letting some really disgusting Republicans take the stage.

ohio voters @ the dnc Am I A Joke To You? 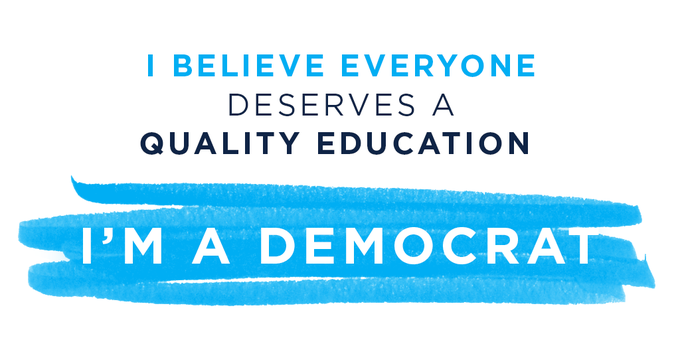 Republican John Kasich was put on stage.  To speak at length.  AOC will only get sixty seconds.  She's a Democrat.  She's a Latina.  But Republican Kasich, whom the DNC warned about many times, was given the mike and treated like a hero.

That's whoring.  There's no other word for it.  You embrace someone as disgusting as John because you both don't like Donald Trump -- excuse me, because you both hate Trump.  You're ruled by hate and it's why you look so desperate and pathetic.

And yet, as soon as he's out of office, Michelle will be sharing candy with him and hugging him.  Just like she did with Bully Boy Bush because whores get paid off.  And she certainly did.  A really bad book that went through multiple ghost-writers.  Podcasts no one wants to listen to and NETFLIX 'programming' that's a joke.  She got paid off big time.

That the DNC has produced garbage TV is no real surprise.  They're a party at war with their base.  They're unable to make even the mildest of concessions.  They want your vote, they just don't want to earn your vote.  So they're going to tell you Donald Trump is worse than they are -- and, to really convince you, they will lie about him like Michelle did.  How corrupt do you have to be to invent lies to make Donald look worse than he already is?

They have no Muslims this year.  In 2016, they used a family to make Donald look bad.  As though they hadn't been engaged in the witch hunts against Muslims, as though Barack's Drone War hadn't terrorized Muslims.  But they don't really care about Muslims so they ditch them this year.  They use everyone they can.  They'll use anyone, tell any lie.  What they won't do is come up with actual programs and plans that would help the American people.

While you're pretending Joe Biden didn't assault Tara Reade, you can also pretend that the party's working overtime to help the American people.

In 2008, Barack went around the country promising to end the Iraq War with shouts like, "We want to end the war and we want to end it now!"  He had eight years in office and US troops are still in Iraq.  He's a liar and his wife's a liar.  But Colbert found nothing 'funny' about a ridiculous woman wearing cow-eye lashes and a fake weave on national TV in that ugly  dress as she spouted lie after lie and appealed to you not to remember the promises made before -- promises never kept.

The biggest lie -- that a pre-recorded informercial is a live convention.

I forgot to include this yesterday, Kat's "Kat's Korner: Haim and how it took a lifetime to get here" went up Sunday night.