Isaiah's  THE WORLD TODAY JUST NUTS "War Criminal John Bolton Wants To Share."
<a data-flickr-embed="true" href="https://www.flickr.com/photos/21187732@N00/50032313076" title="johnboltonwantstoshare"><img src="https://live.staticflickr.com/65535/50032313076_a8be68fe22_o.jpg" width="474" height="614" alt="johnboltonwantstoshare"></a><script async src="//embedr.flickr.com/assets/client-code.js" charset="utf-8"></script>
That and Kat's "Kat's Korner: Bob brings it all back home one more time" went up Sunday.
This evening, I went to YOUTUBE and this is the top recommended video for me.
<iframe width="560" height="315" src="https://www.youtube.com/embed/srhUpLbreB0" frameborder="0" allow="accelerometer; autoplay; encrypted-media; gyroscope; picture-in-picture" allowfullscreen></iframe>
I am an elderly woman.  I am not interested in boxing.  I am really not interested in seeing some young boy hold his penis and balls while he weighs in.
So why is this the recommendation -- the top recommendation -- for me from YOUTUBE?
This is C.I.'s "Iraq snapshot" for today:
Monday, June 22, 2020.  Iraq remains leaderless as the jobs just don't exist and as Turkey continues is reign of terror on Iraq.
Where are the jobs?  In the global economy, that's a question for everyone but it's especially a question in Iraq where you graduate from a university only to find . . . no jobs.  This is one of the realities that put protesters in the street last fall.
Months later -- three months shy of a year -- nothing has been done.
And now the economy is in ever more jeopardy.  AFP reports:

Iraq's economy could reach irreversible lows within the next year unless urgent reform measures are adopted, its finance minister warned in an exclusive interview with AFP on Monday.

"Reform is inevitable," said Ali Allawi, who has been tasked with stabilising Iraq's economy following an oil price crash that saw state revenues slashed by half.

"If we do not amend the situation throughout the next year, we may face shocks we cannot fix."

Iraq's economy is projected to shrink by 10% in 2020 following a dramatic drop in oil prices from over $50 per barrel to about $20.

We'll note this thread.  Noor is a doctor who graduated last year:
when every nation and government salute their white army, we see the Iraqi government deprives the right of the newly graduated doctors! A year has passed without employment! And instead of supporting them, the government has asked them to volunteer! @leloveluck @SimonaFoltyn
THE WASHINGTON POST's Louisa Loveluck Tweets:
Meanwhile, more than 2000 newly trained medics have been asked to volunteer their services until a state budget is approved for their labour. This at a time when infections among frontline doctors are rising fast.
Dr. Ahmed Ammar Tweets:
So what can we do ?we are prisoners in our country we are doctors without jobs and documents We can not work out side Iraq because we don’t have documents and we can’t work in Iraq because the government can not hire us due to the financial problems
And the protest over the lack of jobs continues.  NRT Tweets:
Protesters briefly block major road in Sulaimani to demand KRG pay salaries, create job opportunities Security forces fire tear gas to disperse demonstrators https://nrttv.com/En/News.aspx?id=22023&MapID=1
#NRTnews #Iraq #TwitterKurds #Sulaimani 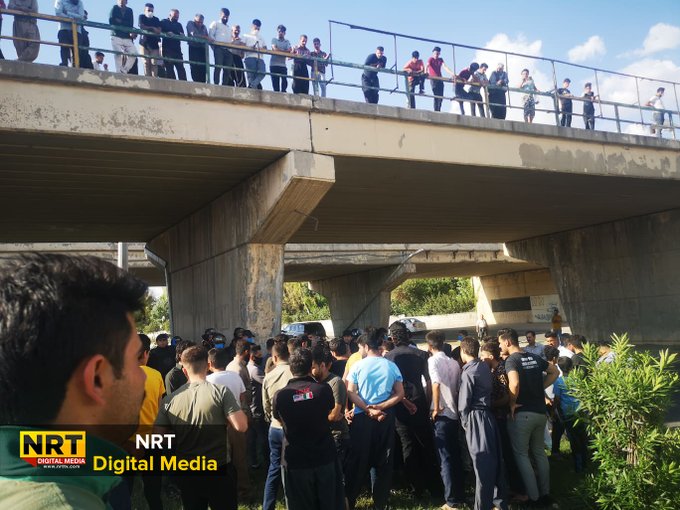 1:00 AM · Jun 22, 2020
The lack of jobs is only one of the many problems facing Iraq currently.  Among other problems?  Turkey is terrorizing the people of Iraq in the north.  They are bombing Iraq, they have sent soldiers on the ground into Iraq.  Friday, the United States Commission on International Religious Freedom issued the following:

USCIRF Chair Gayle Manchin said, “USCIRF calls on Turkey to immediately cease its brutal airstrikes in Sinjar, Iraq and to withdraw any ground troops—who represent a dangerous escalation of violence in an already-fragile area. These actions are particularly threatening to hundreds of traumatized Yazidi families attempting to return to Sinjar and to other civilians in northern Iraq—none of whom deserve to be placed in harm’s way by a NATO ally.”

The Turkish government claims that these actions, representing the most recent in a series of similar operations in the Sinjar area since 2017, are ostensibly targeting Kurdistan Workers’ Party (PKK) positions. However, these indiscriminate operations have taken place just days after 200 families arrived in Sinjar after six years in a refugee camp in Dohuk, Iraq. It also was in close proximity to towns and camps in which displaced Yazidi families have taken refuge since the 2014  genocide by the Islamic State in Iraq and Syria (ISIS).

“Turkey’s operations in Iraq and northeastern Syria make it clear that regional ambitions—not domestic security—are driving its actions today, and it cannot be allowed to do so with impunity,” USCIRF Vice Chair Tony Perkins stated. “We call upon the administration to utilize all diplomatic and economic leverage to protect vulnerable religious minorities in northern Iraq—as well as neighboring northeastern Syria—from Turkey’s indiscriminate military operations.”

Since 1984, Turkey has waged an intermittent war against the PKK, an organization of Kurdish separatists that the U.S. has designated as a terrorist group. The Turkish military has frequently targeted purported PKK positions—or those of groups directly or indirectly tied to the PKK—in neighboring Iraq and Syria. In this massive campaign, Turkey has claimed to strike over 500 militants in areas where there is no indication of attacks planned or occurring against Turkey. Once again, Turkey is showing their disregard for vulnerable religious and ethnic minorities who live in, or have been displaced to, those same areas.

In its 2020 Annual Report, USCIRF recommended the State Department include Turkey on its Special Watch List “for engaging in or tolerating severe violations of religious freedom.”

The U.S. Commission on International Religious Freedom (USCIRF) is an independent, bipartisan federal government entity established by the U.S. Congress to monitor, analyze, and report on threats to religious freedom abroad. USCIRF makes foreign policy recommendations to the President, the Secretary of State, and Congress intended to deter religious persecution and promote freedom of religion and belief. To interview a Commissioner, please contact USCIRF at media@uscirf.gov or Danielle Ashbahian at dashbahian@uscirf.gov. 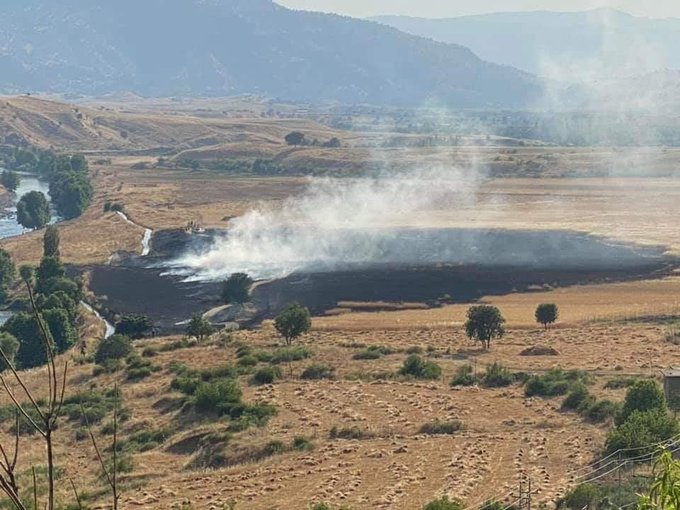 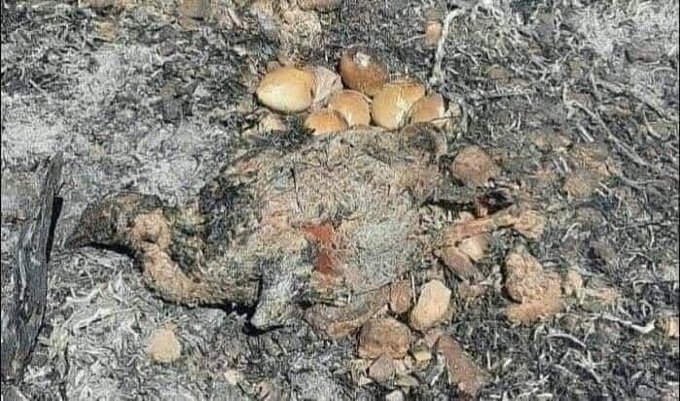 There was growing anger in the Arab world on Saturday at Turkish President Recep Tayyip Erdogan’s “military adventurism” in Iraqi Kurdistan.

Baghdad condemned the invasion, and the Turkish ambassador to Iraq was summoned to the Foreign Ministry twice in two days to explain his country’s conduct. The envoy was handed a note of protest, in which Iraq accused Turkey of “violations of Iraqi sovereignty by bombing and attacking targets within our international borders.”

The UAE also criticized the Turkish attack, and Saudi Arabia condemned Turkish and Iranian aggression on Iraqi land, offering its support for Baghdad in measures to preserve its sovereignty, security and stability.

“The Arab reaction needs to be seen in this wider context — Turkey’s support of the Muslim Brotherhood, its unwillingness to confront Iran, its meddling in Syria, its military relationship with Qatar and indeed Somalia, the stance it has taken in Libya and its approach to energy exploration in the Eastern Mediterranean,” said Park, a visiting research fellow at King’s College, London.

“This incursion will only feed those suspicions. Turkey is quite friendless now in the Arab world.”

The Turkish government insists that they are targeting and killing the PKK.    Aaron Hess (International Socialist Review) described the PKK in 2008, "The PKK emerged in 1984 as a major force in response to Turkey's oppression of its Kurdish population. Since the late 1970s, Turkey has waged a relentless war of attrition that has killed tens of thousands of Kurds and driven millions from their homes. The Kurds are the world's largest stateless population -- whose main population concentration straddles Turkey, Iraq, Iran, and Syria -- and have been the victims of imperialist wars and manipulation since the colonial period. While Turkey has granted limited rights to the Kurds in recent years in order to accommodate the European Union, which it seeks to join, even these are now at risk."  We'll note this Tweet:
#Turkey’s actions, including airstrikes in northern Iraq, potentially threaten local genocide against #Kurds and #Christians, just as they did to #Armenians
Can-Dey Tweets:
Iraqi military delegation arrived in Duhok province on Monday to investigate the aftermath of this week's Turkish military operations in the area. Iraq condemns Turkey's deadly intervention of protesters in Duhok 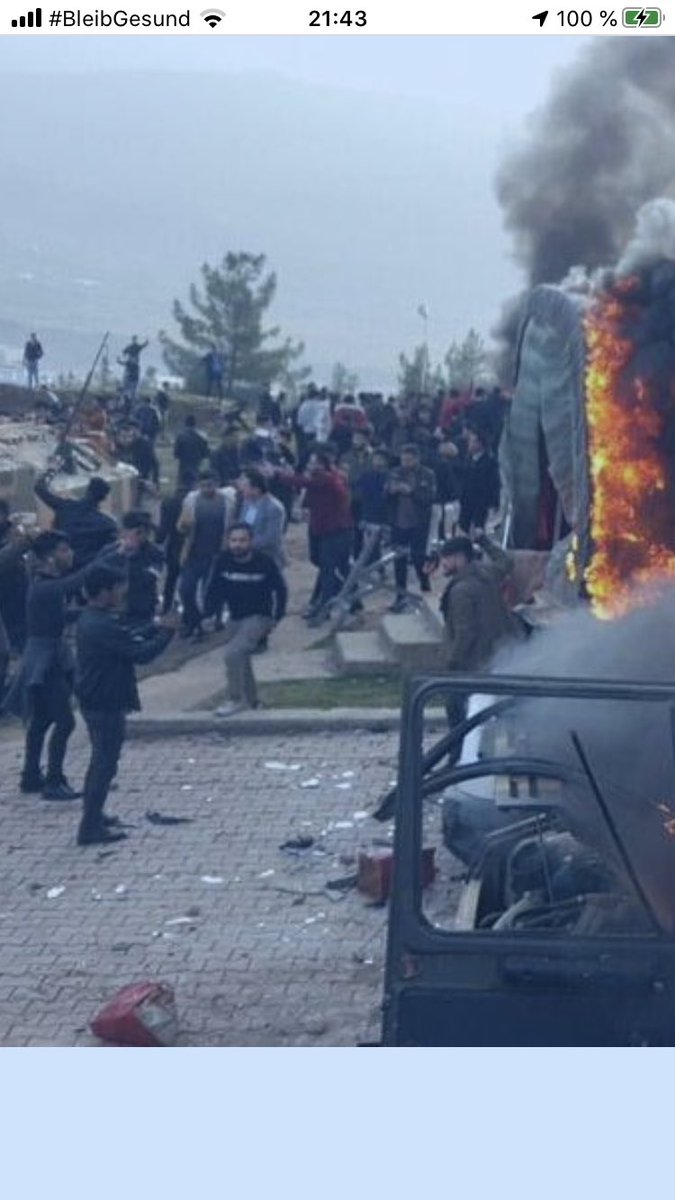 2:43 PM
The Turkish government lies and insists that they are attacking the PKK but it is civilians they are attacking and terrorizing.
Seth J. Frantzman (JERUSALEM POST) explains:
The airstrikes in northern Iraq now target areas where coexistence has existed between Christians and Kurds, raining down bombs where children play in their parents' yards. A source told local media that airstrikes have damaged property.Turkey’s airstrikes have been killing civilians every year over the last several years. Seven were killed in 2017, and in 2019 airstrikes and a protest led to one death. Beekeepers and farmers have also been killed. Over the weekend, mourners gathered in Amedi after several men were killed. “We can’t do anything, no one does anything for us,” the father of a victim said. Christians say they are being terrorized by the bombings, according to reports at Rudaw.
There have been protests against the airstrikes in the town of Shilzade. So far, the UN and other human rights groups do not appear to have taken any notice of the attacks. US diplomats do not visit the area despite American claims that it cares about Christian and other minorities in the Middle East. Western diplomats also don’t seem to show any interest. Iraq’s government has complained to Turkey about the airstrikes over the years and the increase of Turkish bases in northern Iraq, but Baghdad is unable to do anything about it.
Kat's "Kat's Korner: Bob brings it all back home one more time" went up Sunday as did  Isaiah's  THE WORLD TODAY JUST NUTS "War Criminal John Bolton Wants To Share."
Posted by Ruth at 7:01 PM