beeK.‏ @_oGbeeK Jan 1
I did not know Woody Harrelson dad was a professional hitman and possibly was involved in the Assassination of JKF.
0 replies0 retweets0 likes

Tuesday, January 29, 2019.  Today, let's look at our so-called 'leaders' and grasp what protesting a potential new war while ignoring the ongoing wars actually says (it says: Start your new war, in a year or so, we'll ignored it too).


Dr. Jill Stein 🌻Retweeted southpaw
John Bolton loved the Iraq War. Now he apparently wants 5,000 US troops in Colombia. Only possible reason: to invade Venezuela. Trump’s boys appear to be cooking up another illegal war, 16 years after the disaster in Iraq that killed 1 million people. How do we stop the bastards?
Dr. Jill Stein 🌻added, 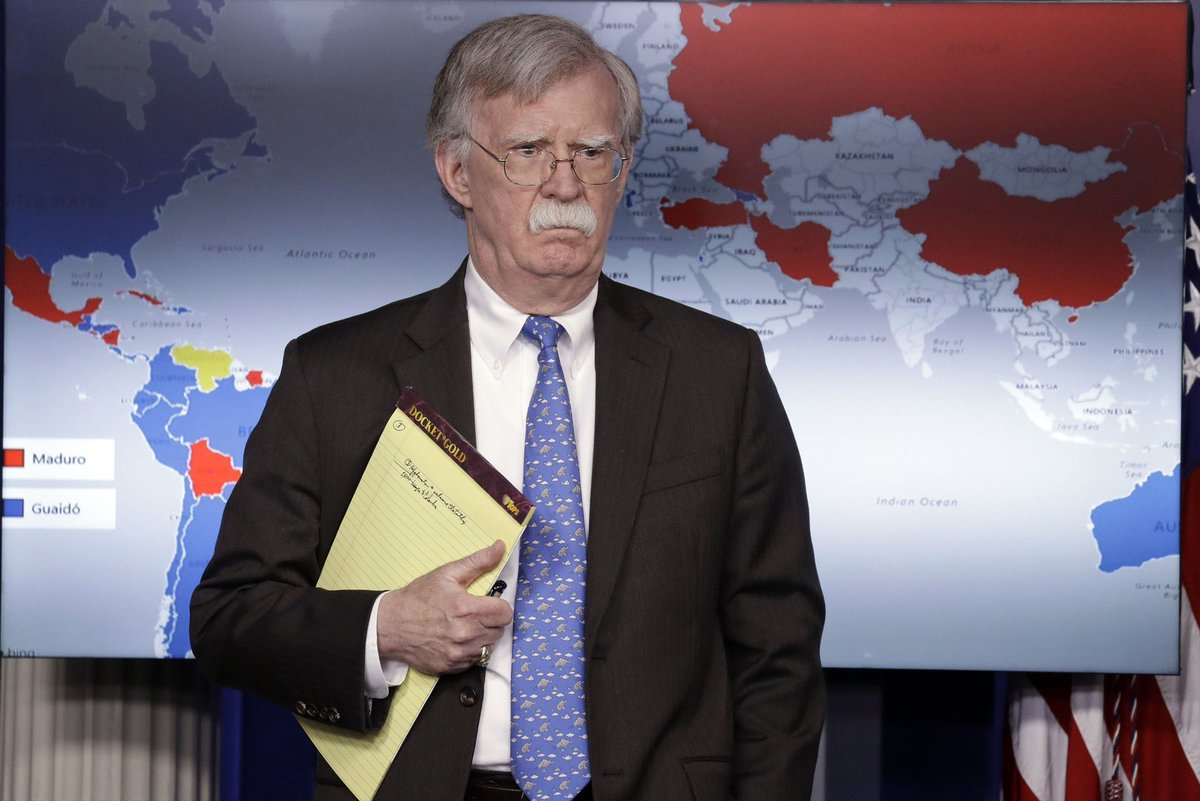 Jill's Tweet is meaningless.  16 years after the disaster in Iraq?

That would be the ongoing disaster.

And I'm not praising Jill for that Tweet or Medea for her nonsense.  To me, Medea's latest stunt was just another self-seeking attention device.  Venezuela has the left's attention?  Oh, good, Medea, get your megaphone!

The US government might choose who rules Venezuela????? Shocker!!!!

They've chosen every prime minister in Iraq since the 2003 US-led invasion.  Nouri al-Maliki?  Bully Boy Bush chose him in 2006.  Not based on what was best for the Iraqi people, no, based on the CIA profile that noted that Nouri's paranoia would make him easy to control and manipulate.  In 2010, the Iraqi people voted Nouri out of office and what happened?  Barack Obama went around them, used The Erbil Agreement to overturn the votes.  Currently Adil Adel Mahdi is the prime minister.  The choice of the people?  No, the CIA's choice since at least 2007.  And if you ever wondered, "Do people overestimate the 'intelligence' gathering of the CIA?," well look no further for an answer.  Mahdi can't accomplish anything.  Installed in October and he still can't complete his Cabinet.

The Iraqi people should have a high standard of living but crooks keep getting installed and corruption runs rampant.

IRAQI NEWS notes, "Iraq is the 13th among the world’s most corrupt countries, a report has found as the country struggles to recover on both the security, political and economic levels after a strenuous war against  Islamic State terrorism. The corruption index released by Transparency International, today, ranked Iraq 168th, a position shared with Venezuela, among 180 countries covered by the report. It is the Arab World’s 6th most corrupt country, according to the report."

Jill and Medea are nothing but gadflys.

It's nothing new.  In 2006, in the midst of their so-called fast for peace, while meeting with Iraqi leaders, they dropped the entire topic of Iraq -- Medea and CodePink -- to chase after . . . Palestine because that's where the media went to.


I am appalled by Medea and Jill and everyone else who wants to invoke Iraq today regarding Venezuela despite the fact that they do not pay attention to Iraq, draw attention to Iraq or do anything to highlight the ongoing suffering of the Iraqi people.

For Medea Benjamin, the Iraq War is nothing but a sweater she started to knit and then she got a cute cat puzzle so she set the sweater aside and started focusing on the cat puzzle.  Maybe next year, right before Christmas, she'll get back to that sweater.  Maybe not.

Let's grasp for a moment what the actions of these self-appointed leaders really say to the US government: Start whatever war you want and know that in the early stages we will protest you.  But keep the war going a little bit and we'll lose interest and find other topics to speak about and protest.  That is the message that the so-called peace and antiwar groups are sending.  (I'm not referring to Black Alliance for Peace or Cindy Sheenan's efforts.  Everyone else?  Pretty much.)

Medea had praise from the likes of Caitlin Johnstone (sp?) and that's why CJ doesn't impress me at all.  Medea raised money, CodePink raised money, off the Iraq War.  And there was no follow through.  They earned a lot of applause and a ton of attention via the Iraq War -- and also a lot of dollars.  But they dropped the topic so quickly.  Are they that stupid?

Are they unable to convey what takes place in Iraq today?  The US installs one coward after another -- all are cowards because they fled Iraq when Saddam was in power and only returned after the US-led invasion.  They have no following in Iraq.  They have no real support.  And that's probably what allows them to betray the Iraqi people so easily.

They don't just have a chip on their shoulders, they sneer at the Iraqi people.

16 years and Medea and Jill can't even do 16 Tweets a year about Iraq.  They can use Iraq.  They can use it to argue against this or that.  But there's never any indication that, after January 2009, they've registered even one thing that's taken place in Iraq.

I'm tired of it.  I'm tried of them on their high horses pretending they do something.  They don't do a damn thing because they never have any follow through and the minute an issue doesn't qualify as a "hot topic," they drop it and rush off to another "hot topic."

They owe the peace movement and the Iraqi people an apology.  More to the point, they owe everyone a course correction, where they make a deliberate effort to highlight Iraq on a regular basis.  That this has to be suggested, that this is not an automatic, goes to how pathetic they are. 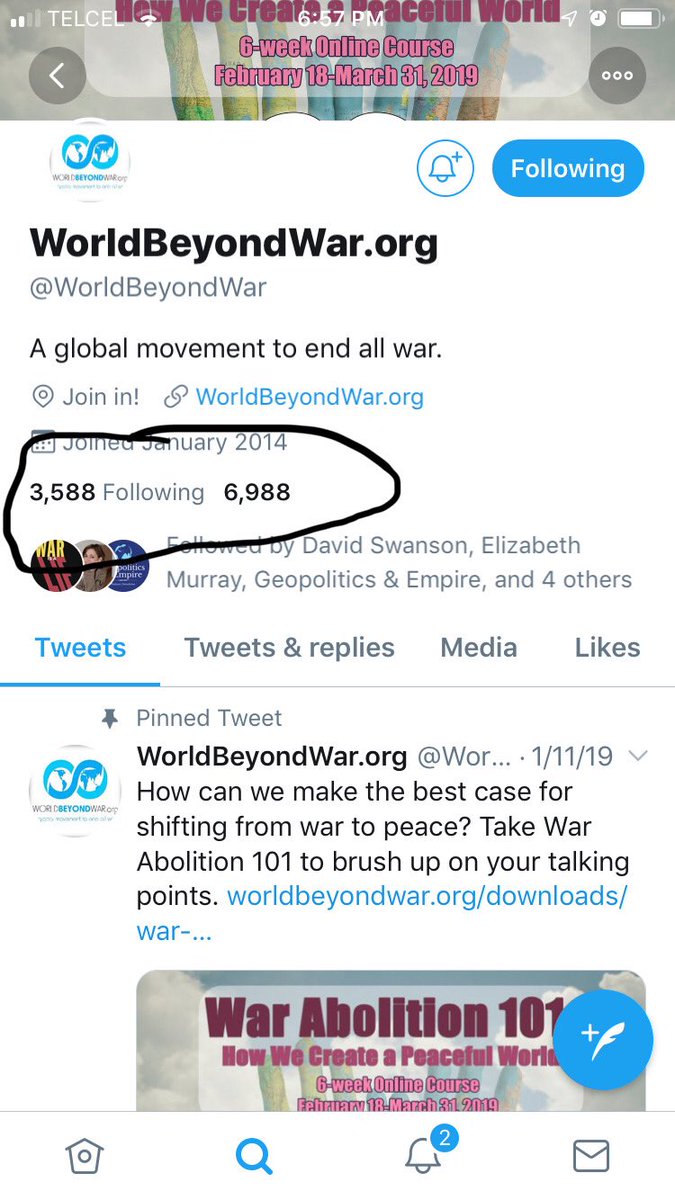 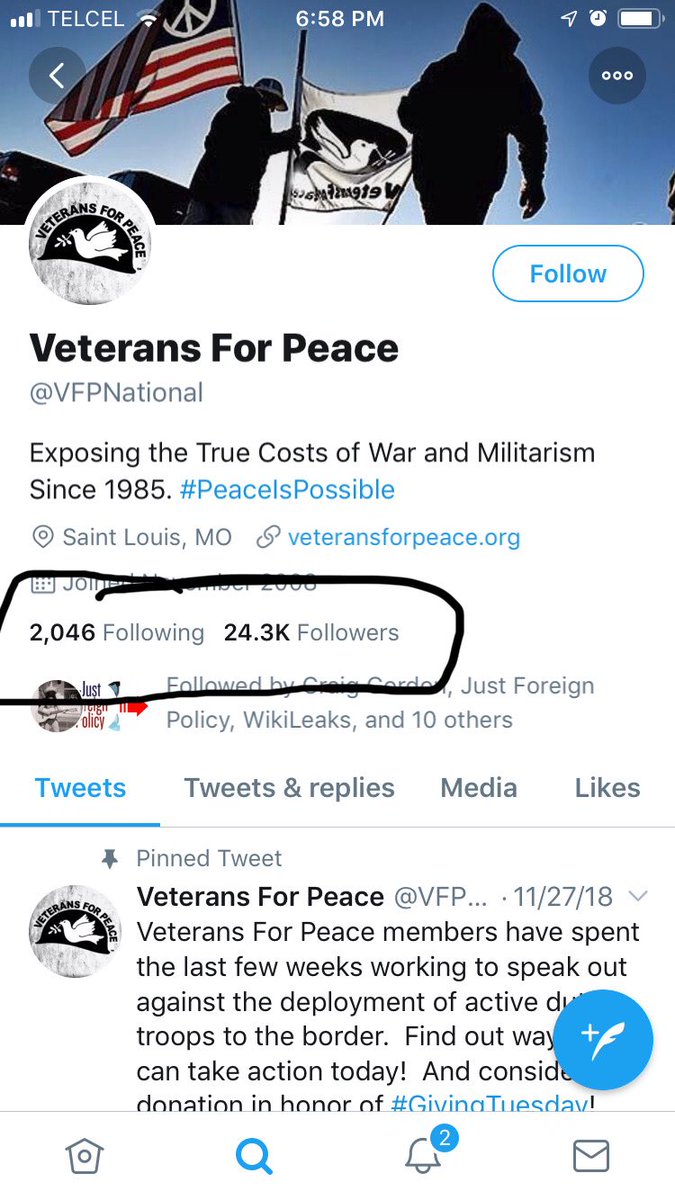 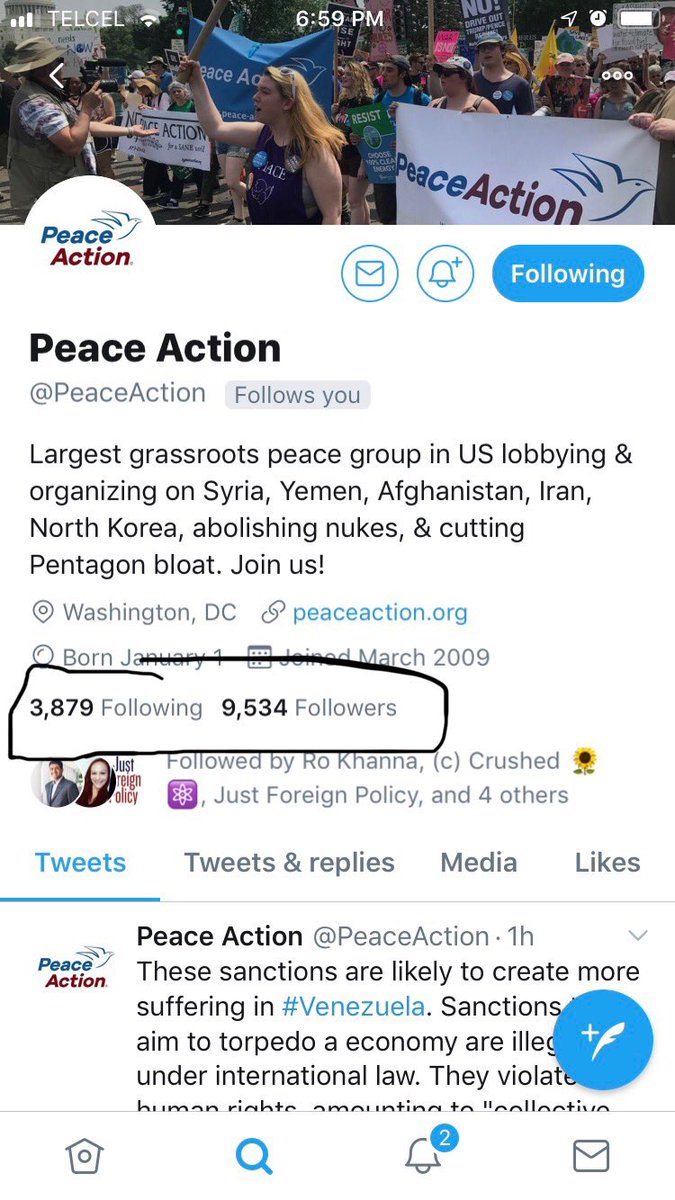 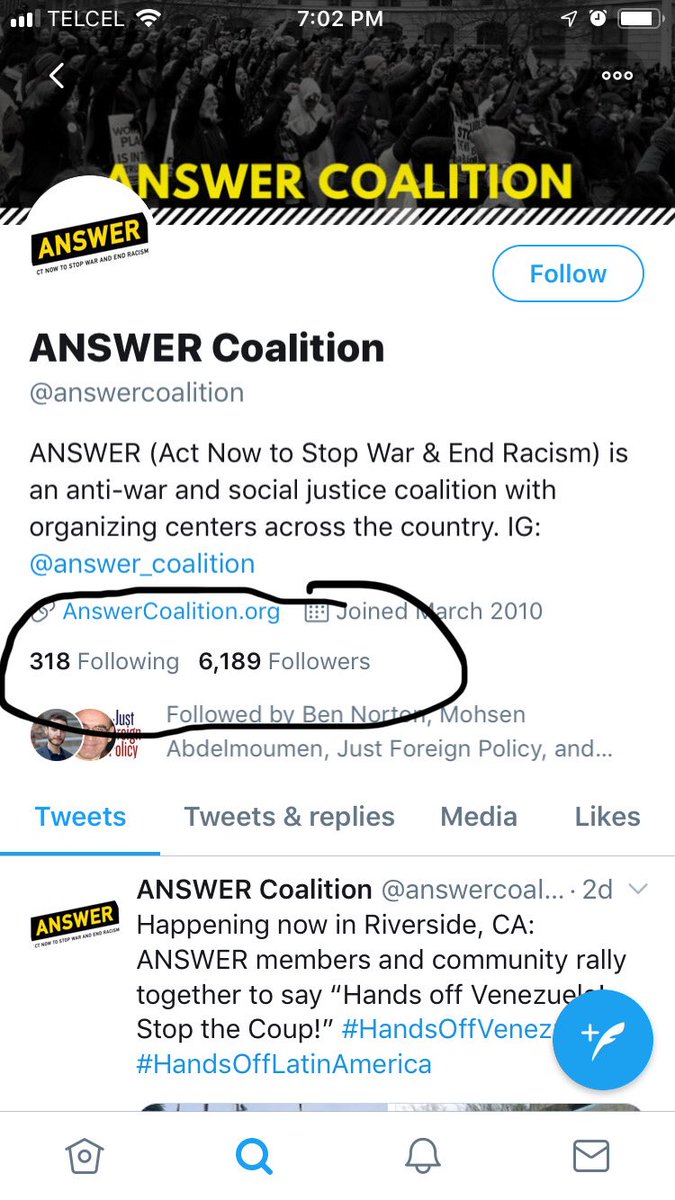 Today the Dem front group @moveon has over 330,000 followers. #Peace is not on its agenda unless it squares well with @TheDemocrats. 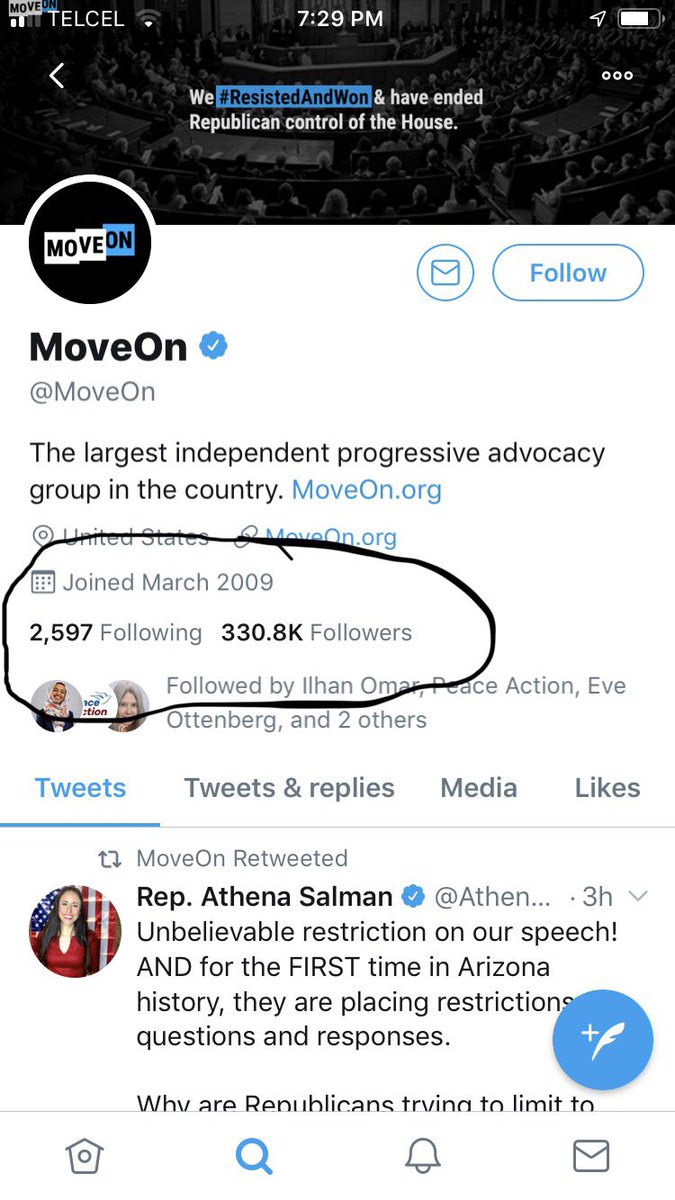 Then #Obama covered up the #WeaponsOfMassDeception, no US investigation ever thanks to the Dems. counterpunch.org/2016/07/07/whe… by @NatCounterPunch
1 reply1 retweet1 like

Few know o remember this: The Dems gave Bush more money for the #Iraq war than he requested, then ran #Obama as the peace candidate in 08.
1 reply1 retweet1 like

John Stauber is correct.  But we can tie CodePink into this as well.  CodePink took marching orders from the Democratic Party.  When the party felt it would be 'bad' image wise for a DC protest to take place, then CodePink was right there saying let's not go to DC let's do rallies around the country.  CodePink went on to become an instrument of the Democratic Party in 2008 as they made a point to attack Hillary Clinton repeatedly while giving Barack Obama a pass and herding people over to him.  No surprise, CodePink co-founder Jodie Evans was a bundler for Barack but they didn't feel the membership needed to know that, certainly not when they were birddogging Hillary and giving Barack a pass.

That pass started during the campaign and continued for both terms of his presidency.

So maybe Caitlin Johnstone should grow the hell up, stop playing cheerleader and hold people accountable.  How is the DNC taking money from Bernie supporters while having no intent to run a fair campaign in 2016 any different from Medea and company raising money off the Iraq War and then dropping it as a topic the minute media attention moved on?

In fact, Caitlin writes now for CONSORTIUM NEWS.  I wish the outlet all the best but are we really going to pretend that's it done even one article of substance on Iraq in years?  Because it hasn't.  The Iraq War continues and is about to hit the 16 year mark.  Members of the Iraqi Parliament are calling for all US forces out of their country.  And CONSORTIUM NEWS last did a report on Iraq when?

We've noted repeatedly how Turkey sends war planes to bomb northern Iraq and how these bombings kill civilians.  We've noted how AIRWARS and Amnesty and Human Rights Watch all refuse to track any civilian deaths from these actions -- actions that have been taking place for over a decade.

There is so much that is not being covered by anyone in the US.

As noted in yesterday's snapshot:

Saturday (see "Protests in Iraq" and "About those US bases in Iraq . . ."), protesters stormed a Dohuk base (Dohuk is in northern Iraq and part of the Kurdistan Regional Government).  They were angry over Turkish war planes bombing the area the day before and killing civilians.  Salar Salim and Qassim Abdul-Zahra (AP) report the number of civilians killed in the bombing was six.  The Turkish military -- at their base in Dohuk -- fired at the protesters killing 1 and injuring ten more.

AFP reports, "Iraq Sunday said it would summon the Turkish ambassador over the death of a Kurdish protester after Turkish troops opened fire on demonstrators in the country’s northwest."  SPUTNIK adds:

According to the statement, the note read that Ankara’s "actions are a violation of sovereignty, incompatible with friendly relations and brotherhood between the two countries, and called on the Turkish side to stop such unilateral actions."

While the Iraqi government registered alarm, the KRG government instead punished a news outlet.

Why it matters: The raid against the military base in Dahuk was the most violent popular protest yet against Turkish military action in northern Iraq. Protesters stormed the camp to protest civilian deaths in Turkish airstrikes against the Kurdistan Workers Party (PKK), which Turkey considers a terrorist group. Protesters burned two tanks and other vehicles. Turkish forces shot back, reportedly killing one protester.
So far some 20 civilians have reportedly been killed in Turkish operations against the PKK in Iraq. Baghdad has denounced the Turkish response and summoned Ankara’s ambassador to Baghdad in protest.
What's next: Baghdad has protested Turkey’s military presence and its campaign inside Iraqi territory several times in the past, to no avail. The Kurdistan Regional Government, for its part, has so far adopted a lower-profile stance to avoid irritating Ankara. But both are under pressure to rein in perceived Turkish aggressiveness.


What's not in the analysis?

That the White House under Bully Boy Bush and under Barack Obama backed Turkey's actions.  Publicly backed the actions.  Refused to call them out even when the Iraqi government called them out.