Who can we trust?

More and more, it seems very few can be trusted.

Abby Martin‏Verified account @AbbyMartin 11h11 hours ago
Abby Martin Retweeted Democracy Now!
Disgusting. First the UN brings cholera to Haiti, killing up to 30,000 people. Now Oxfam is charged with covering up prostitution & sex abuse from its Haiti director. But Oxfam chief exec said he doesn't understand the outrage, it's not as if they “murdered babies in their cots.”
Abby Martin added, 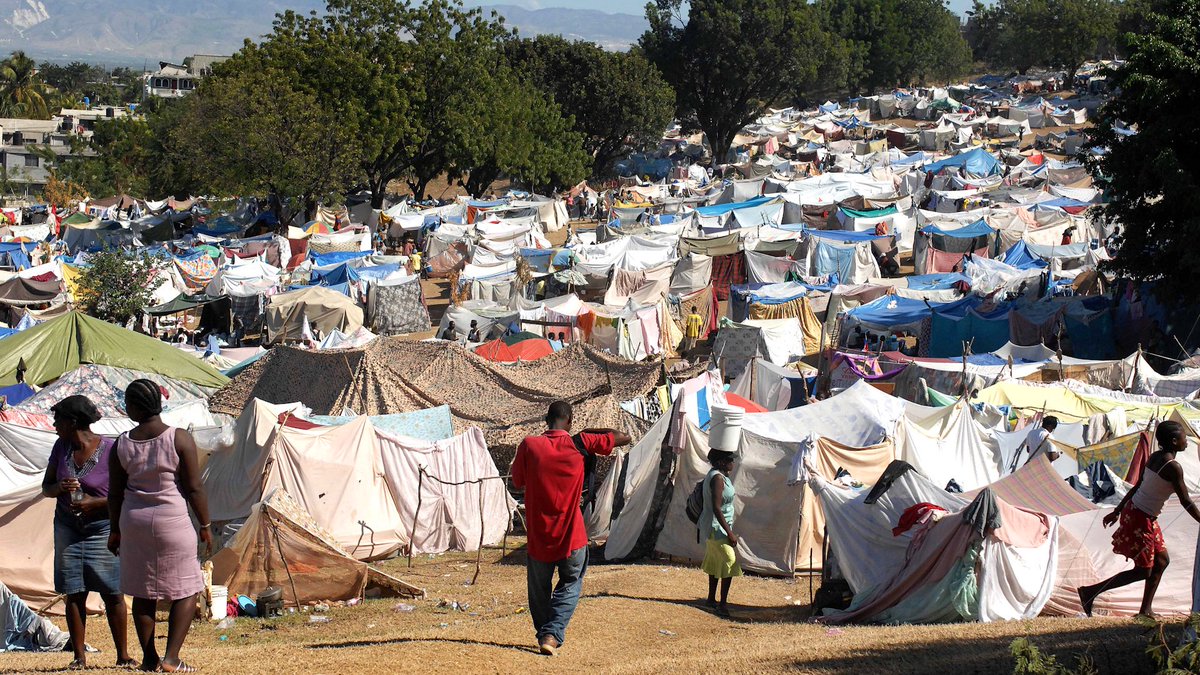 But these days it seems like we have little choice.

“The power establishment which lied about Iraq, lied about Libya, lied about Vietnam, & is currently lying about Syria is not entitled to the benefit of the doubt that it is telling the truth about Russia & its new cold war escalations with that country.”
61 replies729 retweets1,190 likes

The Russia Scare, many have noted, involves some of the same liars who provided us with the Iraq War.  It does more than that.

It offers us some of the great fakes of the Iraq War.

Oh, how we know that little bitch.

A stream of rude and nasty e-mails to this site -- only one of which was noted publicly and noting it publicly resulted in even more of his nasty e-mails.

FOREIGN POLICY IN FOCUS, you may remember, in a desperate bid to try to ride the Iraq War created a tracker.  They did that with a big to-do and endless announcements.  The Iraqi civilians were not being counted accurately in death, so thank goodness we had FPIF to do it for us, right?

Except they quickly lost interest.

They weren't updating it.

After several months of this, we pointed it out publicly resulting in our initial contact with War Bitch John Feffer.  He had better things to do.

Well no one asked you to create a counter to begin with, John.

But if you're going to create one and then ride a few months publicity off it, you need to do a tracker.

Instead, he created it, got the publicity he wanted and WalkedOn.org -- a faker.

So it's the Hawks and the Bitches behind the Russia Scare, never forget it.

Glen Ford (BLACK AGENDA REPORT) notes of the Russia Scares attempt to blame third party candidates and those who chose not to vote:

Funny thing, though: the Democrats refused to cite the Republicans’ systematic, mass suppression of Black voters through the Cross Check scheme which, as Margaret Kimberley points out in this week’s Freedom Rider, caused 400,000 heavily Black votes to disappear in Michigan. Green Party presidential candidate Jill Stein called for a recount in Michigan, Wisconsin and Pennsylvania, and found that Black voter suppression was a major factor, particularly in Detroit. “We are seeing again this evidence in Michigan that communities of color are systematically disenfranchised through the machinery that constitutes really another form of electoral Jim Crow,” Stein told The Guardian . “It’s pretty staggering. Eighty-seven optical scanners [in Detroit] broke on election day.”
The Democratic Party reluctantly added its name to the recount petition, while at the same time claiming it had seen no “actionable evidence ” of grounds for challenging Trump’s victory. But that’s par for the course. The Democrats have never confronted the GOP’s blatant theft of elections through massive suppression of Black votes. They are bound, apparently, by a gentleman’s agreement among the two parties. John Lewis, the Black congressman from Atlanta who wears his voting rights credentials like a robe of glory, abides by that agreement. The first thing out of Lewis’ mouth after Trump was declared the winner, in November, was a denunciation of “the Russians” – but not Black voter suppression by Republicans.
“The Democrats have never confronted the GOP’s blatant theft of elections through massive suppression of Black votes.”
Roughly one year later, Jill Stein -- who fought Black voter suppression harder than the Democrats -- was targeted for investigation by the Senate Intelligence Committee as a possible collaborator with the Russians .

The suppression of the franchise of their Black base is not considered “treason” or any kind of “high crime” by the Democratic Party, but the siphoning of Black votes away from the corporate duopoly, through voluntary non-voting or support of third parties, is cause to bring out the pitchforks.

It is sad and terrifying to watch the reaction from media elites and Democratic politicians. They will allow no counter narrative to see the light of day. After all, they are the ones who made sure that any such questions were disappeared from public discourse. Now they are in full attack mode against the Russian government and anyone who won’t parrot their lies.
At least one Democratic congressman, Jerrold Nadler of New York, makes the claim that Facebook posts are akin to the attack on Pearl Harbor. When his questioner pushed back he persisted in making the comparison. That can only mean that he and others think that an actual war against Russia is a reasonable course of action.

Democrats, their pundits and think tanks are doubling down. They are accusing Bernie Sanders of doing Russia’s bidding, despite the fact that he was equally willing to blame that country for Trump’s triumph. All of his post sheep dog genuflecting has done him little good. He endorsed Hillary Clinton and campaigned with her. He told his people to stand down and most of them did just that. He shouldn’t have bothered though, because he is now getting the same treatment as Jill Stein.


The Dems taking part in the Russia Scare are the same Dems that gave us the Iraq War.


Phyllis Bennis has a piece at THE NATION.

Phyl's part of the whole FPIF network.  And, remember, FPIF has defended the use of mass bombings and 'smart' bombs -- we called them out (here for one example) even if others looked the other way.

Because (a) she can be astute and (b) when called on her lies, when smacked across her lying mouth, as Elaine did to her over Phyl using an undercount on the number of civilians killed in Iraq, if you hit just right, Phyl can come to her senses.

It's a curious editorial -- one that leaves the impression that the Iraq War is over.

If it's over, Phyllis, why are US troops still on the ground in Iraq.

The editorial hits new lows of whorishness as it names various people -- all Republicans.  I'm sorry, Phyllis, but it was the Democratically controlled Senate, in 2002, that voted for the Iraq War.  Not only does she ignore that, she also ignores certain key others.

For example, Robert Mueller was part of the whole lie the country into Iraq effort, remember?


Ten years ago, I made the ultimately futile effort of writing to FBI Director Robert Mueller warning that he needed to tell the truth about the Bush administration’s unjustified decision to preemptively invade Iraq and the likelihood it would prove counterproductive. To its credit, the Star Tribune ran the story on March 6, 2003 (“Agent: War would unleash terror, and FBI not ready”), one of only a handful of such cautionary news stories in the war-fevered weeks before the United States launched its catastrophic invasion.
At the time, Mueller well knew of Vice President Dick Cheney’s lying about Saddam’s connection to 9 / 11 and other administration exaggerations to gin up the war.
My letter compared Bush-Cheney’s rush to war with the impatience and bravado that had led to the FBI’s disastrous 1993 assault at Waco, where “the children [the FBI] sought to liberate all died when [David] Koresh and his followers set fires.” On a much more tragic scale, hundreds of thousands of Iraqi civilians were killed and millions more were wounded or displaced. Iraq’s infrastructure was destroyed. Severe problems remain with lack of clean drinking water, electricity and a lack of professionals in Iraq to help rebuild.
Even worse, the flames of sectarian hatred were ignited, based on religious and ethnic differences, leading to violent civil strife, ethnic cleansing and terror bombings. Those fires continue to burn.

Beyond ignoring politicized intelligence, Mueller bent to other political pressures. In the aftermath of the 9/11 attacks, Mueller directed the “post 9/11 round-up” of about 1,000 immigrants who mostly happened to be in the wrong place (the New York City area) at the wrong time. FBI Headquarters encouraged more and more detentions for what seemed to be essentially P.R. purposes. Field offices were required to report daily the number of detentions in order to supply grist for FBI press releases about FBI “progress” in fighting terrorism. Consequently, some of the detainees were brutalized and jailed for up to a year despite the fact that none turned out to be terrorists.

All of those currently in bed with Mueller?  Crabs are the least of your worries.

Phyllis has written an 'editorial' that needs to be called out because it's fakery and whoring.

If that seems harsh, please grasp that Phyllis writes that it's important for us to remember the truth of what happened . . . but?

If you think I'm harsh with Phyllis, she's the one saying it's important to remember what happened while lying and disguising what happened.

Two years before Howard Zinn died, I warned him that he was the one watering down his own legacy.  He didn't listen.  I warned Howard one on one.  Creepy Tom Hayden?  I warned him privately and publicly.  Both men will have to answer for their lies that continued the Iraq War.

Phyllis better decide real quick if that's the boat she also wants to sink in.


It is important to remember the real lessons of the ongoing Iraq War:


And it's important to remember the reality of what the ongoing war is producing:

Six months after about 1,400 foreign women and children surrendered with Islamic State (ISIS) fighters to Iraqi security forces, Iraq’s courts are sentencing the women to life in prison and even to death for non-violent crimes.
It’s just one indicator of how people viewed as colluding with ISIS are receiving unfair trials.

The women have been charged with illegally entering Iraq and, in some cases aiding, abetting or having membership in ISIS, which carries the penalty of life in prison or death under Iraq’s counterterrorism law.
In January, Baghdad’s Criminal Court sentenced a German woman to death. Two days ago, the same court convicted 11 Turkish women and an Azeri. One of the Turkish women was sentenced to death, and the rest to life in prison.
The chief justice said that in these cases, unlike earlier ones of ISIS suspects, the defendants had lawyers present during their interrogations, which would be a positive development.

A courtroom observer said that the women’s lawyers contended that the defendants’ husbands or others had tricked them into going to ISIS territory, but maintained that none of the women had been implicated in any violent acts. One woman said in court that her husband took their 2-year-old son and told her to follow him to Iraq or she wouldn’t see her son again.
The observer said the prosecution did not present evidence contesting the defense. Yet, the judges found all the women guilty of ISIS membership. The woman sentenced to death was found to have knowingly travelled to ISIS territory to join the group with her husband. Human Rights Watch opposes the death penalty in all circumstances as an irreversible, degrading, and cruel punishment.
The Iraqi authorities should develop a national strategy to prioritize the prosecution of those who committed the most serious crimes. For those suspected only of membership in ISIS without evidence of any other serious crime, the authorities should consider alternatives to criminal prosecution. In these cases, the women are getting the harshest possible sentences for what appears to be marriage to an ISIS member or a coerced border crossing. The Iraqi courts need to redirect their priorities.