The lack of accountability 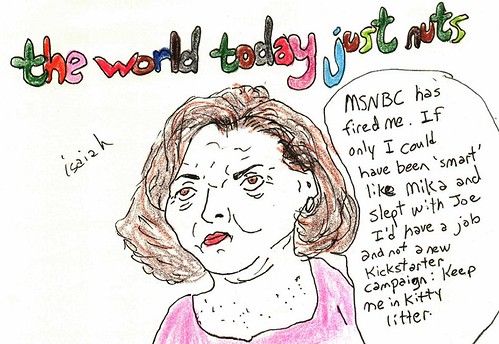 I saw this at FOX NEWS:
The Justice Department scolded the Obama administration on Wednesday following a report on how sexual harassment of all kinds was improperly handled at the department for years.
The Washington Post reported that the DOJ’s inspector general had found “systemic” problems with how complaints were addressed, with offending officials often being let off the hook or even rewarded. The article cited investigative reports on a lawyer who allegedly groped two female attorneys and a top U.S. Marshals official who had sex with “approximately” nine women in his office.
Though fresh complaints have been filed as recently as August, the IG said some of the worst alleged offenses happened several years ago in the department’s Civil Division.
Ian Prior, a spokesman in the Trump Justice Department, would not comment in detail about the allegations but described the problems as largely occurring during the prior administration.
A lot has been covered up.
This latest reminds me of Ava and C.I.’s November 27th report:

What homework does NPR do for their programs?

None at all as evidenced by last week's segment.

One of his chief claims?

The lifelong bachelor is perhaps most infamous for, at the age of 39, being Chelsea Clinton's spokesperson.

Second most infamous for?

That's actually why he shouldn't have been brought on NPR to begin with.

There was no reason to bring anyone like him on.  But there was every reason not to bring Philippe himself on.

The late journalist Michael Hastings had a very public e-mail exchange with Philippe in which Hastings wrote at one point, "I now understand what women say about you, too!  Any new complaints against you lately?"

Any new complaints against you lately?

Referencing all the harassment complaints that have followed Philippe for years now.

Why would NPR bring on a man under a cloud of suspicion for harassment on to discuss the harassment of women?

Because in this society, even if you are a man accused of harassment, you're still 'qualified' to speak to the media.
And it was not just one man when Hillary Clinton was Secretary of State.
And let us not forget that she refused oversight and managed to serve as Secretary of State with no Inspector General for the State Department at that time.
There was little to no oversight.
If the press had not been traveling with the president (Barack Obama), it is doubtful that even the Secret Service’s scandals would have been revealed.  They were out of control and so was every other agency.
It is true that we have gotten a little more serious about gender violence, yes.  But it is also true that reporting mechanisms were undermined when Mr. Obama was president.
Is that his fault?
The buck stops where?
Yes, I believe that too.
However, there is only so much one person can do.  With regards to the State Department, I do hold him responsible and think that is fair to do.

XINHUA insists, "The hard-won victory in 2017 over the terror group Islamic State (IS) by Iraq is overshadowed by a growing conflict with the Kurds [. . .]"

And REUTERS notes that the US government insisted, December 5th, that only 3,000 ISIS members remained in Iraq and Syria but today insists the number has fallen to 1,000.


That would be the same Tuesday that KURDISTAN 24 reported:

Contrary to the Iraqi Prime Minister’s announcement of the end of the Islamic State (IS) in Iraq in early December, the extremist group’s sleeper cells continue to launch attacks and claim lives.
IS extremists have killed and injured 40 people while attacking the Iraqi security forces and Iranian-backed Hashd al-Shaabi in south and west of Kirkuk.
The extremists appear to have been hiding in the Sunni-populated areas of southern and western Kirkuk.
According to the statements of the Iraqi army commanders, IS group have launched surprise attacks in Sharia’a, Riyadh, Hawija road and some other areas in southern Kirkuk.

Cycle of violence continues with #Yezidi fighters in 2017 killing families linked to #ISIS abuses from 2014. Until proper justice is done for #ISIS abuses in #Iraq we will continue to see acts of vigilante revenge
4 replies16 retweets6 likes

Hard to believe, right, that the Yazidis could ever have teamed up with a neocon p.r. firm.

Trapped on a mountain (of their own making) somewhere -- even all this time later.

If Ralph Nader hadn’t run for president in 2000, might Gore have won, his administration not sat on a memo such as “Bin Laden determined to strike in US”, thus avoiding 9/11, the wars in Iraq and Afghanistan, ISIS, and so forth?
19 replies9 retweets58 likes


But Ralph Nader did run -- and had every right to run.

What might have been different if Al Gore had selected a better running mate?

Defeated in a 2006 Democratic primary.

And let's not forget that the war on Iraq was also part of Bill Clinton's administration.

Or that Al Gore initially supported the war on Iraq in the lead up (he would denounce it before the illegal war started but he signaled support early on).

In March of 2003, the ongoing Iraq War started.

Nor the Democrats in the Senate who voted for it (Hillary Clinton, John Kerry, John Edwards, Dianne Feinstein . . .).

Not the media that lied and whored.

And isn't it funny how, all this time later, we pretend that the lying just happened?

We pretend like the owners own wants and desires didn't influence the coverage.


It's his fault for running for president.

But I never suggested that he didn't have a right to run.

I never suggested that he needed to drop out of the race.

That's not how it works in a democracy.


But pretending Ralph is the problem allows you to forget how Al Gore couldn't make the case to the American people clearly.

Was he harmed by the media?  Of course.  That's to be expected.

But when he took his message to the American people, it wasn't a good one.  It wasn't strong.

He had enough money to get around the media (I donated to Al's campaign).

But he was a weak candidate.

Never hold the losing candidate accountable for their own errors, apparently.

Jackson Lears, in the latest edition of THE LONDON REVIEW OF BOOKS, notes how weak candidate Hillary was:

This approach animates Autopsy: The Democratic Party in Crisis, a 33-page document whose authors include Norman Solomon, founder of the web-based insurgent lobby RootsAction.org. ‘The Democratic Party’s claims of fighting for “working families” have been undermined by its refusal to directly challenge corporate power, enabling Trump to masquerade as a champion of the people,’ Autopsy announces. But what sets this apart from most progressive critiques is the cogent connection it makes between domestic class politics and foreign policy. For those in the Rust Belt, military service has often seemed the only escape from the shambles created by neoliberal policies; yet the price of escape has been high. As Autopsy notes, ‘the wisdom of continual war’ – what Clinton calls ‘global leadership’ –
was far clearer to the party’s standard bearer [in 2016] than it was to people in the US communities bearing the brunt of combat deaths, injuries and psychological traumas. After a decade and a half of non-stop warfare, research data from voting patterns suggest that the Clinton campaign’s hawkish stance was a political detriment in working-class communities hard-hit by American casualties from deployments in Iraq and Afghanistan.
Francis Shen of the University of Minnesota and Douglas Kriner of Boston University analysed election results in three key states – Pennsylvania, Wisconsin and Michigan – and found that ‘even controlling in a statistical model for many other alternative explanations, we find that there is a significant and meaningful relationship between a community’s rate of military sacrifice and its support for Trump.’ Clinton’s record of uncritical commitment to military intervention allowed Trump to have it both ways, playing to jingoist resentment while posing as an opponent of protracted and pointless war. Kriner and Shen conclude that Democrats may want to ‘re-examine their foreign policy posture if they hope to erase Trump’s electoral gains among constituencies exhausted and alienated by 15 years of war’. If the insurgent movements within the Democratic Party begin to formulate an intelligent foreign policy critique, a re-examination may finally occur. And the world may come into sharper focus as a place where American power, like American virtue, is limited. For this Democrat, that is an outcome devoutly to be wished. It’s a long shot, but there is something happening out there.

The problem was Hillary Clinton.

It's amazing how the tired little Hillary had to rush home every evening.

We criticized Bully Boy Bush for that in 2000 -- or some of us did.  Little boy needed his own pillow and bed.  Wanted to be president but was too weak to campaign.

She never should have run.

Eight years prior, she was branded a racist by Barack Obama and the media.

Eight years prior, he hung her vote for the Iraq War around her neck.  Used that vote to come from behind in October of 2007 and become the front runner.  And was very clear in September and October of 2007 that he was going to do that.

But eight years later, when she was still insisting that (a) her vote wasn't wrong and (b) that Bully Boy Bush had misled her, she's the candidate to go with?

Hillary is the problem.

More to the point, so is Ben Landis.

Oh, Ben, thanks, big boy, for your big old Tweet on Iraq.

This illegal war has lasted over 14 years (15th anniversary is this coming March).

And you can't pay attention to it, can you?

You can't call for it's end.

But you can suddenly remember the ongoing war to trash . . . Ralph Nader.

Last time I checked, Ralph didn't vote for the Iraq War, didn't cheerlead for it, didn't call for it.

While celebrating the holidays at home, let us not forget the service members spending Christmas abroad. I was fortunate enough to spend this Christmas with some of the brave heroes serving in Iraq from California & across our nation. Happy holidays & thank you for your sacrifice

Because the Iraq War hasn't ended.

Because US troops remain in Iraq.

Not Senator Dianne Feinstein, of course.  She didn't go to Iraq.  She still hasn't noted that a Californian died in Iraq last week -- not even on her Twitter feed.


Isaiah's THE WORLD TODAY JUST NUTS "Joan Walsh fired" went up Saturday (she's now got a contract with CNN, to update) and he has another comic that will go up shortly.
Posted by Ruth at 7:49 PM