No, it's saying she has poor personal judgment

I get that some people should not write about certain things because they are ignorant.

Laurel Raymond at the Democratic Party organ THINK PROGRESS is one such person.


When host Willie Geist pressed Conway about whether Donald Trump holds Hillary Clinton responsible for Bill Clinton’s record with women, she demurred, replying, “He didn’t say that.”
By bringing up Monica Lewinsky, however, that’s exactly what Trump and his campaign are doing: They are insinuating that Hillary Clinton is somehow at fault for her husband’s actions.


No, they are holding her accountable for her actions.

Monica Lewinsky is one of a long line of women Bill Clinton had sex with after marrying Hillary.

She knew of Jennifer Flowers, for example.

When Monica's affair was exposed, not by Ms. Lewisnky, Ms. Clinton went on THE TODAY SHOW and called Monica a liar, a tool of the "vast right wing conspiracy," and much worse.

They portrayed Ms. Lewinsky as an obsessed stalker.

You are holding her responsible for being an idiot who believes a husband with a history of cheating.

She was an idiot.

She looks like an idiot to this day for what she said about Ms. Lewinsky.
This is C.I.'s "Iraq snapshot:"

Our Pentagon leaders are reportedly readying a request to President Obama to send another 400 or 500 U.S. troops to Iraq. They would join the 4,400 there and be tasked to help the Iraqis retake the city of Mosul from the Islamic State. (According to a Wall Street Journal report, there is an additional force of about 1,500 troops who guard the massive U.S. embassy in Baghdad, some of whom are sent on “special missions.”)
Whatever the troops’ mission, it is painfully obvious that our generals are still stuck on the nation-building strategy that we have pursued in both Iraq and Afghanistan since we invaded those countries in 2001 and 2003. It’s the same strategy that they are following now with the request for more troops to go to Iraq, and it’s just as wrong as it was in 2001.

I am as well.  You can't build a government with a military.

But let's set that aside for just a moment.

This is a War Hawk belief -- they can build nations.

But dropping bombs daily on Iraq does not form anything but chaos.

So should Hillary get to be president, let's hope there's some maturity in the country -- there wasn't under Barack -- and someone demands that she set goals.

Because if you're going to try nation building, you better be able to show results.

And if Hillary wants to do nation building, she better be held accountable.

(I have no idea if Donald Trump would try nation building.  Jill Stein and Gary Johnson would not engage in it.)

Over two years ago, Barack said he was helping Iraq.

There's still nothing to show for it.

The government's no better than it was then.

They did -- with little fanfare -- recently pass a de-Ba'athifcation law in the Parliament.

L. Paul Bremer did that years ago -- it's cited as one of the biggest disasters of all actions taken after deciding to go to war on Iraq.

Barack has failed at national reconciliation in Iraq.

Why is that a surprise to anyone?

Bully Boy Bush failed at it as well.

As long as you give the (US-installed) government of Iraq what it wants, it's exile prime minister will not do a thing to foster national reconciliation.

Iraq has a very young population.

How many more exiles is the US going to be able to install as prime minister before the Iraqi people revolt?

I think it's nearing the point now.

And, as with most warning signs, everyone in the west is looking elsewhere.

UNICEFVerified account ‏@UNICEF  Sep 25
This is how caring for the youngest residents of our world looks like in a displacement camp in #Iraq uni.cf/2ckz9cj @UNICEFiraq 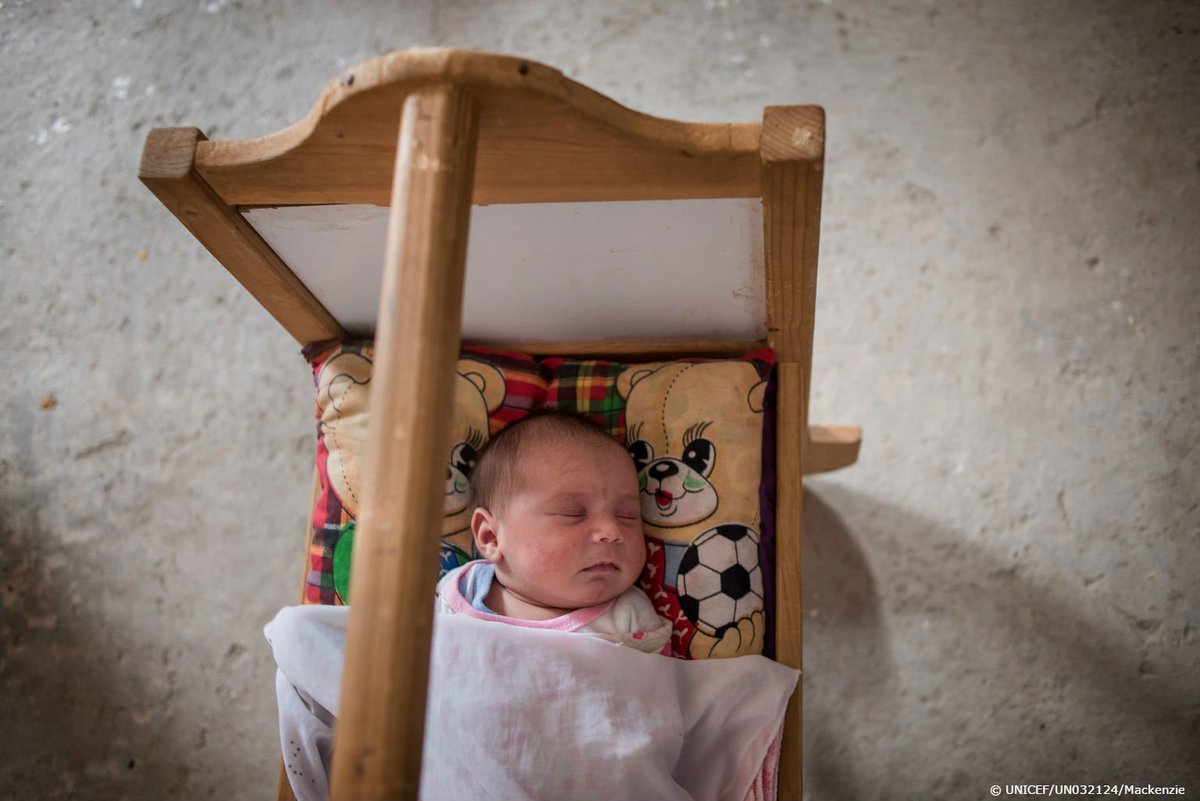 
That's more important than the debates.  (And, yes, Mika is correct, Monday night's debate didn't change a thing for either side.)

I know VANITY FAIR is the joke among publications but, even so, Kurt should be able to tell the truth.

Bully Boy Bush replaced the year long MOA the United Nations did for the occupation of Iraq.  He replaced it with a three year SOFA because Nouri al-Maliki could not face a yearly renewal (Iraqi politicians -- like the Iraqi people -- wanted the US gone and Nouri couldn't face a yearly fight in Parliament as he had with the MOA).  The contract had a yearly kill clause -- either side could opt out -- and it ended in 2011.

That's all that happened.

Barack understood what Liar Liar Kurt didn't which is why he attempted to renegotiate.

It's also why he continued to attempt to renegotiate after the drawdown of December 2011.

Maybe that's why he writes for the 48 HOURS of print publications?

But Barack tried repeatedly to renegotiate but, as with bringing the Olympics to Chicago, he was a failure.

You know what's stupid and obese?

Claiming that it's "adult" and "elegant" to start a war that's destroyed the Middle East.

And doing so while Jewish -- thereby fanning the flames just a little bit more.

Before you say, "You'd think she --" remember, this is Lena.

Hillary's Iraq War is a War Crime and only some overweight, ugly, snooty, spoiled princess from NYC could ever think there was anything "elegant" about it.

Not even a neocon would make that claim.

Hillary voted for the Iraq War, she championed it, she only stopped when even she noted the majority of the country had turned against it.  Then she said it was a "mistake" and expected everyone to immediately absolve her.

Over one million Iraqis are dead as a result of her 'mistake.'

Millions more were left injured as a result of her 'mistake.'

Millions were forced to flee as a result of her 'mistake.'

The rights of Iraqi women were dealt a major set back as a result of her 'mistake.'

But she's done nothing to atone for her mistake.

Isn't enough that she says "mistake"?  Why must the world persist in expecting her to be responsible for her actions?


Lena needs to go back to her racist bubble and leave the rest of the world alone.  As it tries to leave her alone by ignoring her repeatedly.

Matt Lee ‏@APDiploWriter  2h2 hours ago
So it's come to Iraq war supporters who support Trump trying to prove he didn't support the war they supported to support him?
95 retweets102 likes


Which would also mean it has come to some Iraq War opponents -- and at 13 years and counting, you can capitalize the "W," you fake ass -- who support Hillary trying to pretend she wasn't for the war they were against.


Matt never asks about the Sunnis in Iraq, does he?

At press briefing after press briefing, Matt can be counted on to ignore the reported War Crimes, even when Amnesty and Human Rights Watch documents them.


The Arab world is outraged by the persecution of the Sunnis.

In the west, very few seem to care.

It's going to be one of the big issues of this century.

Probably not a good idea to wait twenty or thirty years to start attempting to inform western news consumers of what's actually going on.

Instead of discussing and addressing it, the west will be mute and, in doing so, cede the conversation over to the Islamic State.


Possibly at today's US Senate Homeland Security hearing, this is what FBI Director James Comey was getting at when he spoke of future threats and identified Islamic State fighters spreading from Syria and Iraq?

Director James Comey:  The threats posed by foreign fighters, including those recruited from the US, traveling to join the Islamic State of Iraq and the Levant and from homegrown violent extremists are extremely dynamic. The tragic event in Orlando last June is a somber reminder of this threat. The FBI is leading a Federal terrorism investigation with the assistance of our State, local, and Federal partners. The ongoing investigation has developed strong indications of radicalization by this killer, but further investigation is needed to determine if this attack was inspired by a foreign terrorist organization. We are spending a tremendous amount of time trying to understand every moment of the killer's path, to understand his motives, and to understand the details of his life. We will continue to look forward in this investigation, and backward. Our work is very challenging. We are looking for needles in a nationwide haystack, but we are also called upon to figure out which pieces of hay might someday become needles. That is hard work and the particular challenge of identifying homegrown violent extremists. These threats remain the highest priority and create the most serious challenges for the FBI, the US Intelligence Community, and our foreign, State, and local partners. ISIL is relentless and ruthless in its pursuits to terrorize individuals in Syria and Iraq, including Westerners. We continue to identify individuals who seek to join the ranks of foreign fighters traveling in support of ISIL, and also homegrown violent extremists who may aspire to attack the United States from within. In addition, we are confronting an explosion of terrorist propaganda and training available via the Internet and social networking media. Due to online recruitment and indoctrination, foreign terrorist organizations are no longer dependent on finding ways to get terrorist operatives into the US to recruit and carry out acts.


We refuse to engage in this dialogue and we suffer the consequences.

We whore for Hillary by calling her Iraq actions "elegant" in the face of death and destruction and that only makes the west look even worse to the Arab world.

There aren't enough adults left in the room these days to send the Lena Dumham's to their rooms without dinner.

U.S. troops in Iraq are facing the threat of more chemical weapons attacks as Islamic State militants prepare to defend against a final invasion of Mosul, a defense official said.

The dire warning from the Pentagon comes almost one week after a shell that tested positive for “mustard agent” landed inside the wire at Qayara West, an Iraqi-controlled air base where several hundred U.S. forces are helping Iraqi Army units build a staging area for the upcoming offensive into Mosul.

You may want to remember that name.

But what are they talking about?

Dropping back to September 22nd:

Michael Harris Ph.D ‏@michaelharrisdr  15h15 hours ago
ISIS Believed To Attack US Base In Iraq With #Mustard Gas. In the past they used it against the #Peshmerga fxn.ws/2dktcRj

Or maybe it's just Barack's very own Gulf of Tonkin to allow for even more US troops to be sent into Iraq.

After all, Gordon Lubold and Paul Sonne (WALL STREET JOURNAL) report, "The U.S. military is requesting authority to send up to 500 new troops to Iraq ahead of a much-anticipated campaign to take back Mosul from Islamic State, according to U.S. officials, adding to an expanding American presence in the country."

A rocket fired last week at an Iraqi base where American troops are present did not contain a chemical agent despite earlier suspicions, the U.S. military reported Tuesday.
Extensive laboratory tests concluded that the munition did not contain mustard agent, Air Force Col. John Dorrian, a U.S. military spokesman, said.


No mustard gas despite spokesperson Jeff Davis working the press on Monday.