Hope you already read Ann's "Sicko Ghislaine Maxwell has been arrested."
Her victims deserve justice.
I am glad she was arrested and I am glad that her own stupidity tripped her up.  She thought she could hide away in the United States?  What an idiot.
She was Jeffrey Epstein's willing accomplice.  She deserves to be in prison.
This is C.I.'s "Iraq snapshot:"
Thursday, July 2, 2020.  Turkey just wants a buffer zone.  Right.  And they just kill 'militants' in Iraq too, right?
That's Dr. John Campbell discussing the coronavirus pandemic in Iraq.  This as ARAB NEWS notes, "Iraq announced 107 more deaths from COVID-19 and 2,415 new cases of the disease on Wednesday.
Of the new cases, 341 and 235 were recorded in Baghdad’s Al-Rusafa and Al-Karkh districts respectively. Southern Iraq’s Dhi Qar province recorded 252 new cases and Diwaniya 185."  Jane Arraf (NPR) also reports on the pandemic:

"This is a war against the coronavirus and we have lost the war," says an Iraqi official who has been briefed on the government's response to the pandemic.

The official, who asked not to be identified because he was not authorized to speak publicly, tells NPR the true number of cases is believed to be many times higher than reported figures of more than 1,900 deaths and more than 49,100 infections.

He appealed for more international help, and says hospitals in the southern city of Nasiriyah and the port city of Basra are no longer able to treat new patients. Protests in both cities over corruption and lack of government services helped bring down the previous Iraqi government last year.

Saif al-Badr, the spokesman for Iraq's Ministry of Health, told journalists on Sunday that large groups of patients' relatives pushed their way into the main Al-Hussein Teaching Hospital in Nasiriyah last week. They seized oxygen canisters for their family members after realizing the hospital was running out. Health ministry officials say a doctor and other medical staff were assaulted in the scuffle.

MIDDLE EAST MONITOR ONLINE observes, "The rising numbers have sparked fears that the healthcare system could possibly collapse if the situation does not improve soon."
As Iraq grapples with that crisis, they also grasp with the terrorism that the government of Turkey is carrying out.  Turkish war planes bomb Iraq and Turkish soldiers enter Iraq and set up base camps.
Don't worry about the Turkish soldiers because when they're not terrorizing Iraqis, they find time to amuse themselves.
In the AHVAL video below, it's explained that the Turkish government wants to turn northern Iraq into a "buffer zone."
Nine militants were killed, we're told the Turkish government proudly claims.  However, the Turkish government does not announce the number of civilians they have killed.  (Over six last week alone.)
Zhelwan Z. Wali (RUDAW) reports:
Like any other normal day, Kaywan Kawa went to his shop in Sulaimani's Kuna Masi village on June 26, when a Turkish airstrike struck his store with his young family inside.

"They were all covered in blood," Kaywan's mother said of the moment she arrived on the scene. "I rushed to my daughter-in-law, she had fainted. I then rushed to my son and saw he had a chest wound and was bleeding. In the distance I saw the children lying on the ground."

The strike targeted a pickup truck near the shop, injuring another two civilians and killing one Kurdish fighter. The Kurdistan Free Life Party (PJAK), an armed Iranian Kurdish opposition group, announced last Friday in a statement that slain fighter belonged to them.

"Before I arrived at the shop, a Toyota Hilux stopped nearby. A person got out of the car and went inside the shop before me. When I went there later, my wife told me that he asked for eggs. The man asked me to pack the eggs for him," Kaywan recounted to Rudaw. "While packing, I heard a sound and was thrown in the air. All I remembered was that my ribs hurt."
Tony posts video in his Tweet of what he says is Turkey on their 'PKK' mission.
June 29, 2020: Video documenting the firing positions of the Turkish armed forces in the Shirnak province of Turkey, near the border, which, claiming to carry out an action against alleged terrorists, firing in to Iraq at Kurdish positions.
6:33 AM · Jul 2, 2020
If that video is accurate, that's not a PKK camp.  Nor is it a village -- it's a heavily populated city.
As for a "buffer zone," generally when attempting to create a "border zone," you do it in your own country  You really don't have the right to create a border zone for your country in another country.
But the Turkish government doesn't get hung up with norms, mores, laws, treaties.  Being in violation of Iraq's national sovereignty doesn't bother the Turkish government -- nor does violating international law bother the government.
Holly Johnson (RUDAW) reports:
Threats of airstrikes by Turkey amid its current military offensive are harming Iraq's already vulnerable ethnic and religious communities, a US official has said.

In a discussion held by the United States Institute of Peace (USIP) on Iraq’s minority groups, the Assistant Secretary for the Bureau of Democracy, Human Rights and Labour condemned recent Turkish airstrikes on the Yezidi heartland of  Shingal, near the Syrian border.

“How can people possibly flourish if they are under the threat of airstrikes?” Robert Destro said on Tuesday, in response to a question from Rudaw on Turkish airstrikes in Sinjar (Shingal).

The airstrikes in the early hours of June 15 came just days after hundreds of Yezidi families returned to the Shingal area from displacement camps across the Kurdistan Region. While the area was liberated from the Islamic State (ISIS) group  in 2015, few members of the community have returned to the area, with basic services yet to be restored and concerns for their security amid the presence of a host of government and non-government military forces.

"The question of how you deal with airstrikes is a little bit out of my portfolio...The only thing I think that can be done is engagement with the Turks and other people who have been acting in ways that are not conducive to the health of these communities," Destro added.
Stop Turkey's Racist War on Kurds has Tweeted the following:
HEVALNO. Today the Turkish minister is going to Germany to discuss tourism. We invite you to discuss Boycotting Tourism to #Turkey on our TwitterStorm beginning at 8am (uk) 9am (European time). Let's tell the world to BOYCOTT TURKEY & support #KurdishResistance #TwitterKurds 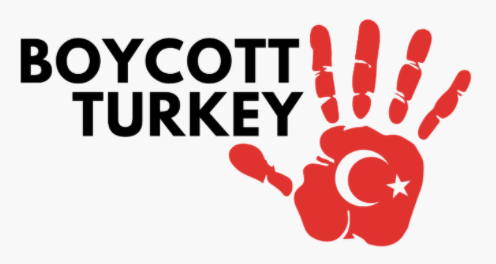 1:48 AM
In other news, Joe Biden continues to bumble along.  Anya Parampil Tweets:
In a new ad
@JoeBiden
mixes footage of Black Lives Matter rallies, the COVID-19 outbreak, & scary images of Trump together to declare "Fidel, Chavez, Maduro, & Trump" are cut from the same cloth Why then has Trump intensified attacks on Cuba & Venezuela during his presidency?
12:36 PM · Jul 1, 2020
Fidel Castro is a number of things -- including admired by some Americans.  But it's interesting that all Joe has to offer is fear mongering.  No way to inspire Americans, no way to lift them up.  Just an ugly campaign from an ugly man accused of rape.
So we're back to where we were.  As we concluded in "2015: The Year of the Ass:"
2015 will lead into 2016.  So is it any surprise that, as the year ends, it appears very likely that the two major party candidates who'll be competing next year will be Hillary and Donald Trump?

What else, honestly, what else could The Year of the Ass produce but a match off between each major party's biggest ass?
We know how that worked out last time.  Appalling that the DNC wanted to play the same game again.
We'll close with this from the Feminist Majority Foundation:

Today, in a 5-4 ruling, the Supreme Court struck down a Louisiana law mandating that abortion providers have nearby hospital admitting privileges. If upheld, the law would have closed most clinics across the state and set an example for other states seeking to restrict abortion access.

“Today’s Supreme Court ruling overturned Louisiana’s transparent attempt to undermine Roe v. Wade, close clinics, and restrict access – reaffirming that the Constitution prohibits undue burdens on the right to obtain an abortion,” said Eleanor Smeal, president of the Feminist Majority Foundation. “But the decision was a narrow one, showing just how much is at risk in the fight for reproductive freedom. Anti-choice extremists will continue their efforts to weaken and overturn Roe and harm those seeking abortion care. We must work to elect pro-choice legislators in November who will protect abortion access. The stakes have never been higher.”

“This decision is the product of years of work on the ground,” remarked Feminist Majority’s Louisiana Campus Organizer Ashley Sheffield. “It is amazing to see human rights upheld in the highest court and we are grateful to the Louisiana Coalition for Reproductive Freedom for this partnership. Safe, legal abortion is here to stay in Louisiana, and we’re gearing up to defeat yet another anti-abortion measure that will be on the Louisiana ballot come November!

"We rejoice today that Louisiana's law requiring abortion doctors to acquire hospital admitting privileges within 30 miles of their clinic was struck down. Justice Breyer penned the decision, recognizing in part, 'As we have seen, hospitals can, and do, deny admitting privileges for reasons unrelated to a doctor’s ability safely to perform abortions,’” stated duVergne Gaines, director of Feminist Majority Foundation’s National Clinic Access Project. "Fear of anti-abortion violence and harassment is one of the reasons hospitals can and do refuse admitting privileges to physicians providing reproductive health care.”

“The Feminist Majority Foundation led the filing of a critical amicus brief in this landmark case about the pernicious impact of anti-abortion violence and harassment on physicians and on hospitals' willingness to grant admitting privileges to abortion providers,” Gaines concluded. “The Supreme Court’s decision today implicitly acknowledged the District Court’s findings. These findings included the likelihood that if the Louisiana law went into effect, anti-abortion harassment and threats of violence would force providers to quit out of fear for their lives, thus radically reducing the number of abortion providers. The Court rightly concluded that too few abortion providers is an undue burden on access."

In December of 2019, the Feminist Majority Foundation along with the National Organization for Women, the Southern Poverty Law Center, and the Women’s Law Project filed an amicus brief highlighting the connection between the Louisiana law and the ongoing threat of clinic violence.

There is still work to be done! This case has shown once again how delicately abortion rights hang in the balance, and that losing a liberal justice on the Supreme Court could doom Roe v. Wade. Stay tuned for updates on how we are working to protect abortion access in all 50 states this November!