Hillary Clinton is under investigation 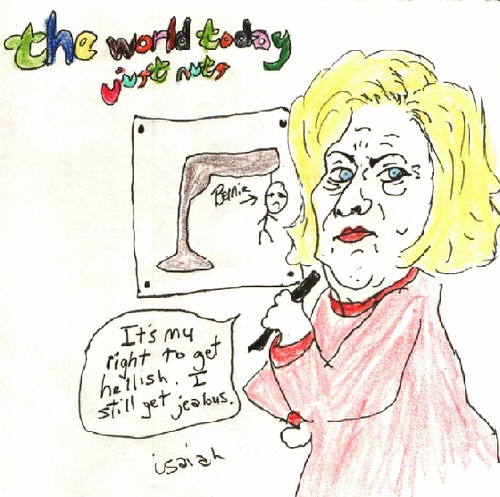 Oh, Cranky Clinton, Bernie Sanders is the least of your problems.


While Hillary Clinton is busy trying to put the Democratic primary race behind her and pivot to the general election against presumptive G.O.P. nominee Donald Trump, the past several days have served as a stark reminder that Clinton is not yet clear of a potential scandal that still threatens to derail her campaign: the F.B.I. is nearing the completion of its investigation into her use of a private server to send classified e-mails, with the results expected be released before November.
Negative headlines about Clinton’s e-mails have seemed to be reaching critical mass in recent days. On Monday, the State Department revealed that it couldn’t find any e-mails from Bryan Pagliano, Clinton’s senior I.T. staffer when she was secretary of state. Pagliano had been responsible for setting up Clinton’s private server in the basement of her home in Chappaqua, making his testimony and communications central to the F.B.I. probe into any potential wrongdoing, yet four years’ worth of his e-mails had mysteriously disappeared. (A spokesperson later clarified that some number of his e-mails had been recovered from other accounts.) On Tuesday, The New York Times published an article detailing how Clinton’s State Department regularly used unclassified government networks to communicate and send classified e-mail to each other, and noted that Clinton’s private e-mail server was weakly protected compared even to these already insecure networks. The same day, The Washington Post reported that top Clinton aide Cheryl Mills and her lawyer had walked out of an interview with an F.B.I. investigator when she was asked questions “that her lawyer and the Justice Department had agreed would be off limits.” And on Wednesday, F.B.I. Director James Comey forcefully pushed back against the euphemistic characterization of the probe by Clinton and her allies as a “security inquiry,” telling reporters that it is indeed an F.B.I. investigation. He declined to say whether the federal probe was “criminal.”

Wednesday, May 11, 2016.  Chaos and violence continue, the deadliest bombings in Iraq for 2016 so far take place today, Nancy A. Youssef uses the term "ethnic cleansing," War Hawk Down in West Virginia as Hillary Clinton loses another primary to Bernie Sanders, and much more.

Bombings slammed Iraq today. Jane Onyanga-Omara (USA TODAY) reports, "Three different car bombings in Baghdad Wednesday killed at least 93 people and wounded upwards of 165 in one of the deadliest days in Iraq this year, according to media reports."  Jomana Karadsheh, Joshua Berlinger and Ashley Fantz (CNN) explain, "The Sunni terror group ISIS says it's behind a series of attacks in Iraq's capital Wednesday [. . .]"  AL MADA notes they're the deadliest bombings in Iraq so far this year.  GULF DIGITAL NEWS includes the reactions of some Iraqis:


"The state is in a conflict over (government positions) and the people are the victims," said a man named Abu Ali. "The politicians are behind the explosion."
Abu Muntadhar echoed his anger. "The state is responsible for the bombings that hit civilians," the local resident said. The politicians "should all get out".

Ban Ki-Moon is the Secretary-General of the United Nations.  His Special Representative for Iraq, Jan Kubis, stated:

These are cowardly terrorist attacks on civilians who have done nothing but going about their normal daily lives. Such acts of terrorist violence are certainly against all the principles of decency and humanity, and as such must be strongly condemned. I call on the authorities to do their utmost to quickly bring the perpetrators to justice, and express my deepest condolences to the families of those who lost their lives and wish the injured a speedy recovery.


Human Rights Watch's Joe Stork declared, "Once again ISIS has carried out a devastating attack designed to inflict maximum death and suffering on ordinary Iraqis.  The presence of some militia – even if true – cannot possibly justify this latest ISIS atrocity." NATIONAL IRAQI NEWS AGENCY adds that Iraqiya leader Ayad Allawi condemned the bombings-- including the one in Baquba -- as terrorist actions.


First,  BBC News notes, "A car bomb at a crowded Baghdad market has killed at least 64 people, officials say, in one of the worst recent attacks in the Iraqi capital." Sinan Salaheddin (AP) describes the scene, "The street was stained red with blood in many places and the facades of several buildings were heavily damaged. Smoke billowed from ground-level stores which had been gutted out by the explosion."


The bombing took place in the Sadr City section of Baghad -- also known as "slum" by some outlets.  It's where Shi'ite cleric and movement leader Moqtada al-Sadr's Baghdad followers live -- in squalor.  XINHUA reports that, in addition to the 64 dead, there are at least 87 people who have been left injured.  The already alarming death toll could rise further depending on how severe some of the injuries are.

Mustafa Al-Khaqani ‏@Khaqani_M  8h8 hours ago
Iraqis gather to donate blood for the wounded following the wave of deadly bombings that swept across Baghdad. #Iraq 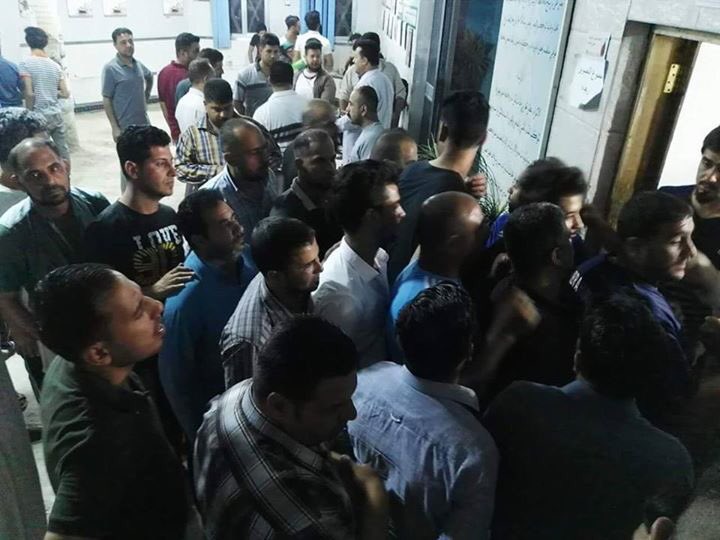 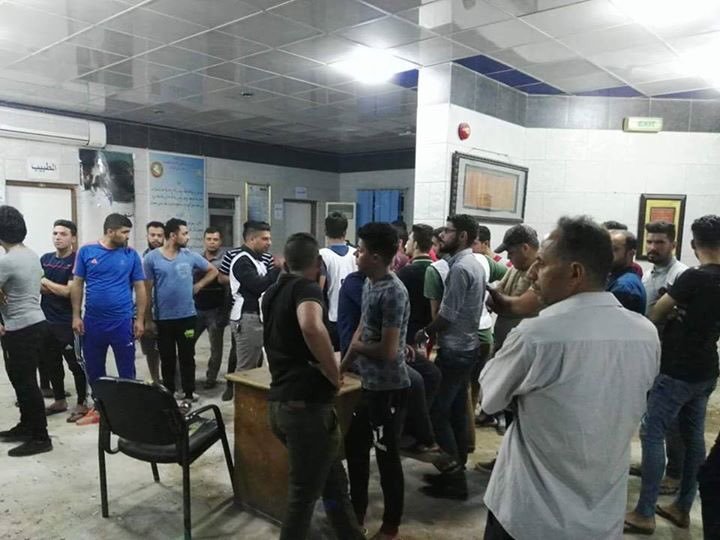 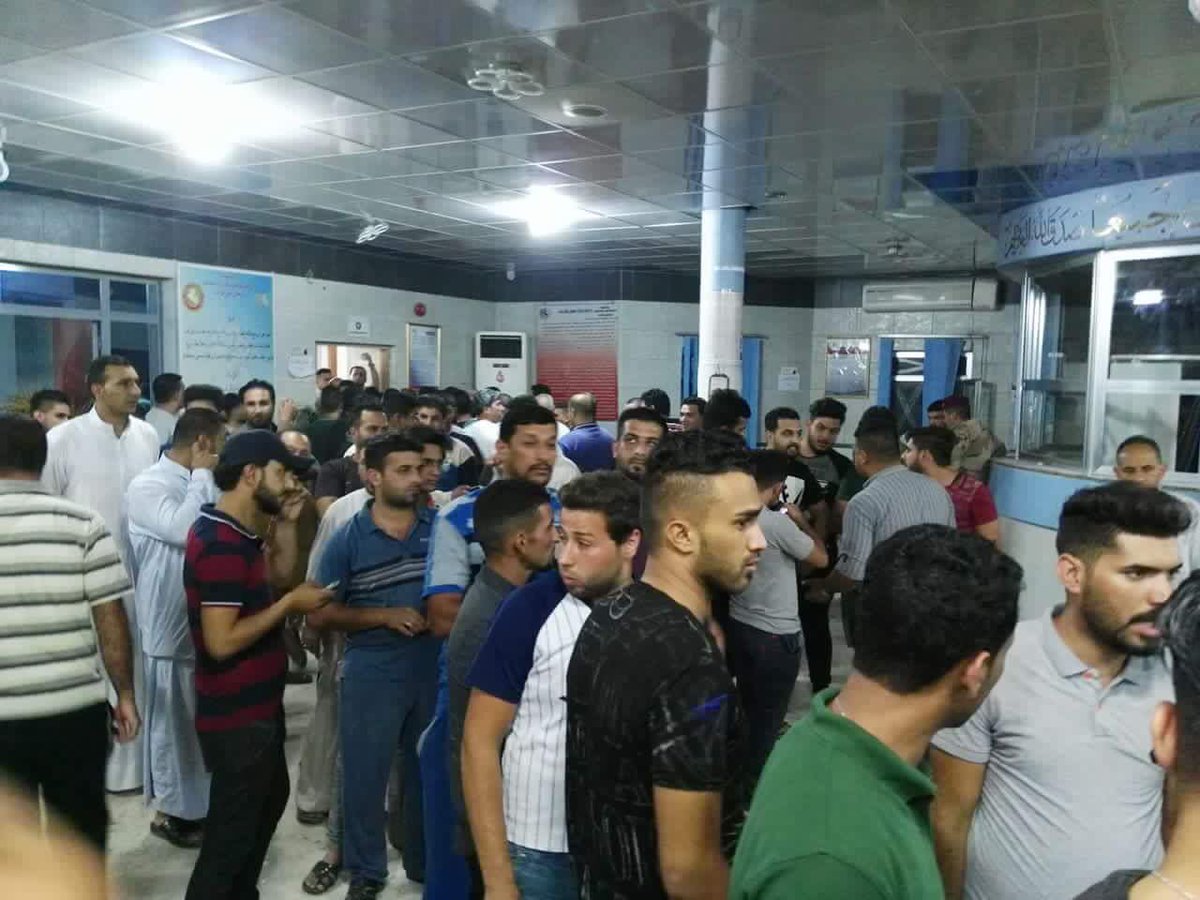 
ITV adds, "The second exploded at the entrance to Baghdad's Kadhimiya district, killing at least 15."


Third, Kareem Raheem and Ahmed Rasheed (REUTERS) report, "Another bomb went off at a checkpoint on a commercial thoroughfare in a predominantly Sunni district of western Baghdad, killing eight and wounding 20."

Mustafa Al-Khaqani ‏@Khaqani_M  8h8 hours ago
Locals light candles at the scene of the bombing that took place in Sadr City, Baghdad. #Iraq 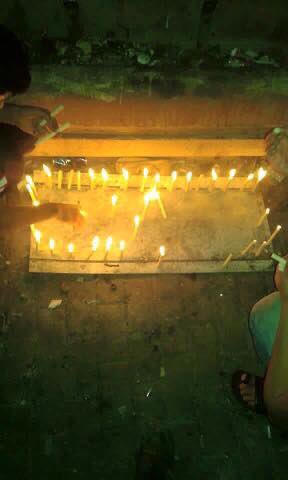 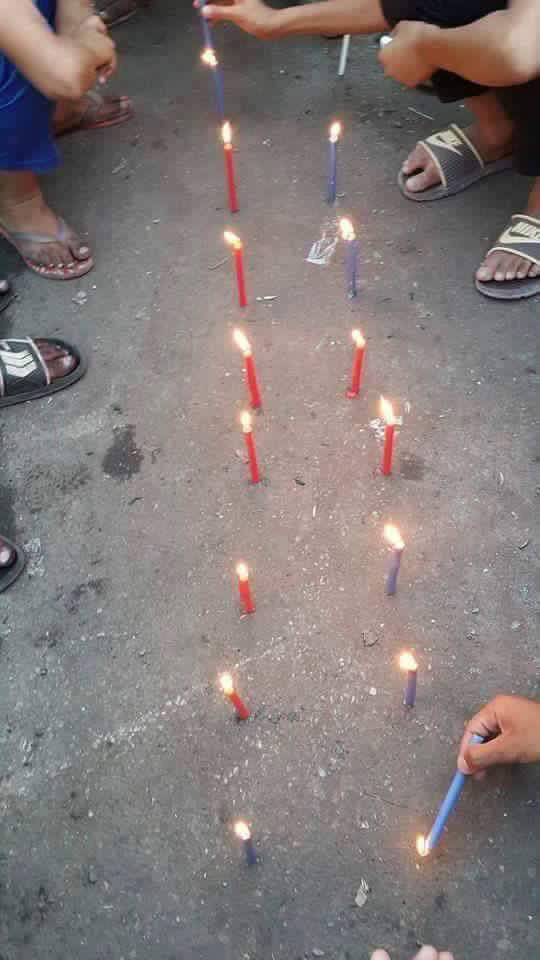 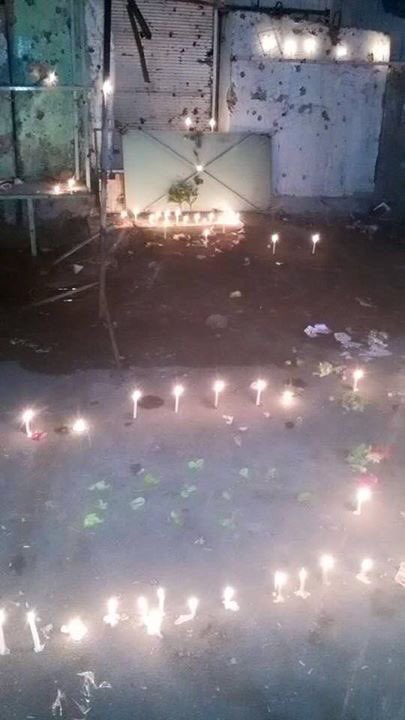 CBS NEWS notes the climate the bombing took place in, "But CBS News correspondent Charlie D'Agata reported the tension that erupted in the Green Zone had been building for months; simmering anger at the government over charges of corruption and criticism that they appear unable to stop ISIS from carrying out terror attacks in the capital city and elsewhere." Jomana Karadsheh, Joshua Berlinger and Ashley Fantz (CNN) add,  "Experts have said that a security vacuum has opened in Iraq amid the political turmoil the nation has been facing lately. Prime Minister Haider al-Abadi struggles to firm up a government capable of battling ISIS and, at the same time, continue to address problems related to Iraq's long-standing economic and political wounds from years of war. "

NATIONAL IRAQI NEWS AGENCY reports MP Samira al-Moussawi has called for Parliament to deliver a vote of no confidence on Haider al-Abadi.  Should such a vote take place and the Parliament withdrew confidence, it would trigger immediate elections.  She noted his failures including his failure to resolve the political issues and she declared he was now part of the political crisis in Iraq.  Samira herself is a petroleum engineer and has Chaired Parliament's Women, Children and Families' Committee in Parliament.


She is not the first MP to call for Haider to step down.  Mustafa Saadoun (Al-Monitor) noted:


On March 2, Hanan al-Fatlawi, member of parliament (MP) and head of the Irada block -- and independent block that has no governmental position and only one parliamentary seat -- demanded that Abadi, her former colleague in the State of Law coalition, should either resign from his position as head of the government or declare a state of emergency and ask the parliament to vote on it.
She noted in a press statement, "Abadi came up with the ministerial change to distract the Iraqi street and waste time until the end of the current election round.  The current ministers in the Iraqi government are not working seriously, and the ministries are almost paralyzed because of the anticipated ministerial change sought by Abadi."


Earlier this week, Baquba was the site of a bombing.  RUDAW reported, "A car bomb in the town of Baquba in Diyala province killed 12 and wounded 40 others on Monday evening."


The carnage not only shocked the capital, but also raised questions about whether Iraqi security forces are capable of reclaiming Mosul, Iraq’s second-largest city, which has been occupied for almost two years by the self-proclaimed Islamic State.
One obvious question is how Iraqi security forces can retake and secure Mosul if they cannot protect Baghdad from three suicide bombings in a matter of hours. But the picture is more complicated, and indeed, more problematic even than that.

The bombings targeted Shia neighborhoods in what appears to be part of the continuing ISIS effort to provoke a frenzy of ethnic cleansing similar to that of a decade ago. As one U.S. official immersed in the anti-ISIS war puts it, “Sunnis see ISIS as their protection—their wall against Shia revenge.”


Do me a favor and read that excerpt again.

We called it that in real time here.

Writing for MCCLATCHY NEWSPAPERS, she wasn't allowed use the term.  It's seldom noted -- except by us -- but Nancy, writing for KNIGHT RIDDER on the last day it existed (MCCLATCHY bought it out and slapped their name on it), broke the story that the US military was, in fact, keeping a count of the number of Iraqis killed -- something the White House had denied.

At KNIGHT RIDDER, she could break news and write truthfully.

MCCLATCHY was for more restrictive.

Hopefully, DAILY BEAST will continue to be less restrictive.

It was ethnic cleansing.

She's wrong about it "restarting."

It's already in Iraq and we've named it here.


For a few days early last month, the offensive looked like it already might be under way. But that soon changed when the Iraqis, trained by US forces, were quickly ousted from al-Nasr, the first town they had seized. There were about 25 more small towns and villages, all occupied by Isis, between them and Mosul. And 60 miles to go.
Behind the Iraqis, the Kurdish peshmerga remained dug into positions near the city of Makhmour that had marked the frontline since not long after Mosul was seized in June 2014. The war had been theirs until the national army arrived. The new partnership is not going well.
On both sides, there is a belief that what happens on the road to Mosul will not only define the course of the war but also shape the future of Iraq. And, despite the high stakes, planning for how to take things from here is increasingly clouded by suspicion and enmity.

There were other bombs in Iraq today -- including the ones dropped by US war planes.  The US Defense Dept issued the following:


Strikes in Iraq
Fighter and remotely piloted aircraft conducted nine strikes in Iraq, coordinated with and in support of Iraq’s government:

-- Near Kisik, a strike struck an ISIL tactical unit and destroyed an ISIL assembly area.

-- Near Mosul, a strike struck an ISIL tactical unit and destroyed an ISIL vehicle.

-- Near Sinjar, a strike destroyed an ISIL bulldozer.

-- Near Tal Afar, a strike destroyed an ISIL excavator.


Staying with deadly US actions, noted War Hawk Hillary Clinton is running for president.  Unable to run on her record -- it doesn't exist other than support for bombing countries -- she's running on her husband's record and her own gender.

Hillary ended up losing yet another primary to Senator Bernie Sanders.

Bernie Sanders ‏@BernieSanders  May 10
Thank you to the people of West Virginia for the tremendous victory they gave us today.

the guardian
martin chulov
Posted by Ruth at 11:27 PM